The chair of Scotland’s new national investment bank expects it to launch before December and to start quickly providing long-term capital to projects and companies that serve Scottish government-set goals of cutting carbon emissions, reducing inequality and addressing demographic change.

Willie Watt, 61, told the Financial Times that the Scottish National Investment Bank would make a “proper positive return”, filling gaps in the financing of infrastructure projects and small and medium-sized companies with growth potential.

It has taken almost three years to realise the plans set out by the Scottish government, which will provide the SNIB with £2bn in capital over 10 years in a push to help transform an economy that has struggled to match UK-wide growth rates in recent years.

Supporters of such institutions say that the relatively short investment horizons in the private sector often mean innovative companies and projects struggle to raise funds.

“We [will be] doing commercial investment that is additional to what the private sector is doing,” said Mr Watt, the former chief executive and chairman of Edinburgh asset manager Martin Currie.

“Some people say if the private sector doesn’t do it, then the space doesn’t exist . . . but I’ve been investing for 35 years and I know that that’s not the case.”

SNIB is a test case in the UK for what advocates call “mission-led” long-term investment of public funds to promote state goals while also generating a profit. The UK government is working on plans for a state-owned infrastructure bank as the country is unlikely to remain a member of the European Investment Bank after the end of the Brexit transition period.

The coronavirus crisis has complicated the process of setting up SNIB, with Mr Watt having to use video conferencing to recruit its board. He said the last big obstacle to launch was the legal requirement to get approval from the European Commission under EU state aid rules.

“I would anticipate that we will launch in the final quarter of this year,” Mr Watt said. “I’d be disappointed if it was December.”

The Scottish government in August proposed three “missions” for SNIB: promoting the transition to net zero carbon emissions economy, investing in regeneration schemes around the country to reduce inequality and funding innovation aimed at improving health and productivity.

Mariana Mazzucato, a professor at University College London who helped draw up plans for the lender, said the UK was unusual among large, advanced economies for not having a public investment bank.

“Other parts of the UK could learn a lot from the way the Scottish National Investment Bank has been designed and structured,” Prof Mazzucato said. “By adopting a mission-oriented approach to its investments, the bank will be able to play a catalytic role promoting transformational change across the economy.”

But some economists remain sceptical about state banks’ ability to pick economic winners. Ross Brown, professor in entrepreneurship and small business finance at St Andrews university, said he was concerned too much SNIB investment would flow to high-risk start-up technology companies able to meet the bank’s “missions”.

“What we need is not a mission-focused bank, we need a productivity-focused bank which tries to help diffusion of innovation across the SME base,” Prof Brown said. “We have [in Scotland] a lot of family-owned, prosaic food and drink companies with great growth potential, but quite often they need assistance with innovation and finance.”

Mr Watt said the SNIB’s investment horizon for infrastructure projects was up to 35 years, while long-term for equity investments would be about 10 years.

“It’s matching the term of the investment to its overall potential and trying not to be shaken out from an investment by the need to create paper returns, or cash returns,” he said, adding that venture capital investors would tend to consider a five-year equity investment as long-term. 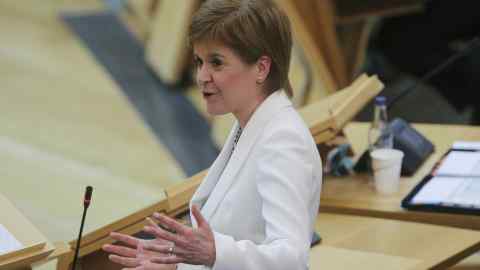 The desire for short-term returns in the private sector often led to Scottish start-ups being sold to larger rivals rather than fulfilling their own potential, Mr Watt said. “The challenge for us is to be able to say to the companies we invest in: ‘Don’t take that exit. Build and scale up further, so that you become . . . a bigger, more powerful version of yourself.’”

He said SNIB was already looking at projects involving electric vehicle charging and off-grid clean energy, and might also invest in schemes to help smaller businesses decarbonise their power requirements.

“Large companies can finance these projects themselves,” Mr Watt said. “But for middle-sized and smaller companies, where having a low-carbon source of power might be really important to the brand, we can provide finance that is not currently being provided by the private sector.”

The pandemic had increased the importance of the bank’s role, with private investors likely to be more cautious during the economic downturn and early stages of recovery, Mr Watt said.

Prof Brown has expressed concern that the bank would become a source of “dumb money” unable to match the expertise of “smart money” of private sector venture capitalists who often play a key role in helping start-ups develop.

Mr Watt said SNIB aimed to attract staff with the “absolute highest levels of professional skill” even though it could not match the pay they could get at private equity or venture capital firms.

“Everybody that we’ve hired has taken a significant discount to their previous private sector remuneration package,” he said. “The proposition is essentially based on people who want to do this because they believe in the missions.”

Cineworld shares plunge as chain shuts all UK and US screens

Mon Oct 5 , 2020
Cineworld will close all its UK and US cinemas indefinitely, threatening tens of thousands of jobs, after the long-awaited next instalment in the James Bond franchise became the latest movie to be pulled by Hollywood studios. Shares in Cineworld, which operates the Regal chain in the US alongside Cineworld and […] 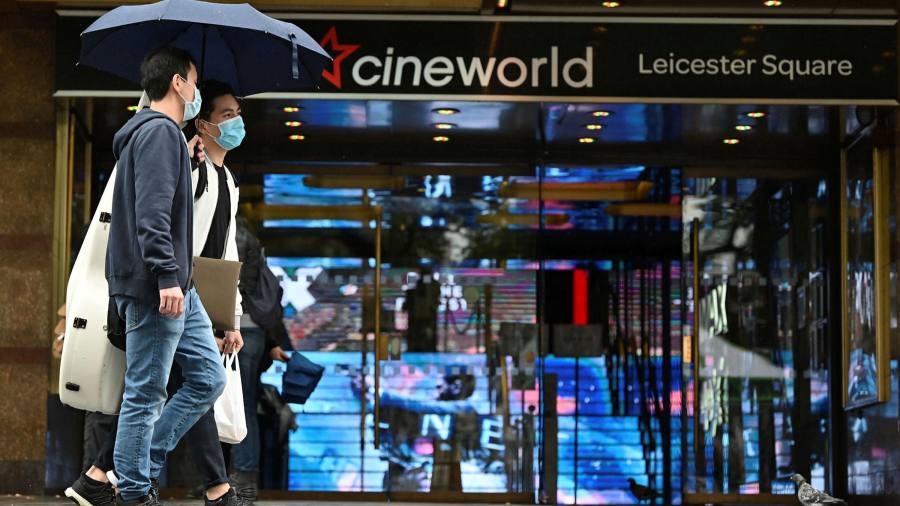