Serco has won the most Covid-related government contracts among UK-listed outsourcers but the pandemic did not bring any “great bonanza” for the industry, according to research.

Overall the six companies have been awarded 127 contracts and £1.3bn of work since February 1. But only seven of these were Covid-specific contracts, with a combined value of £205m. This equated to just 2.5 per cent of work out of £6.4bn awarded to non-government bodies where the data had been made publicly available, Tussell said.

The six contractors that provide essential government services were struggling even before Covid-19. In the five years before the pandemic, share prices of the big outsourcers had underperformed the wider market by more than 40 per cent on average.

Covid-19 brought fresh pressure as the pandemic-related contracts were largely offset by a slowdown in other government awards and less demand for cleaning, security, transport and back-office services during the lockdown.

Serco, which employs almost 60,000 staff worldwide and is solely focused on the public sector, secured contracts worth about £157m between February 1 and September 7, including a job mobilising 10,500 contact tracers for the NHS Test and Trace programme, according to Tussell. This was followed by Capita, with two awards worth £34m, and the security firm G4S with one contract worth £9m.

Most Covid-19 contracts were awarded without a competitive tendering process under emergency procurement measures that were put in place in March.

“We might expect that the lack of competitive tendering would lead to an overreliance on existing suppliers, but this seems not to be the case,” Mr Tugendhat said. “The urgent demand for things like personal protective equipment and testing capacity just did not play to the outsourcers’ strengths.”

Small and medium-sized businesses that were new to the public sector accounted for 21 per cent of the value of the 50 biggest contracts awarded, Tussell found.

Stephen Rawlinson, analyst at Applied Value, said the outsourcers’ balance sheets were not as exposed as they might have been during the pandemic as they were able to furlough staff and benefit from some fixed long-term contracts.

Companies with international scope and scale, such as Serco and G4S, performed better than those with a UK focus, such as Mears and Mitie, while those focused on the private sector also struggled.

“Right now the private sector is in a world of pain and that is going to affect companies like Mitie that are more geared towards that,” said Joe Brent, analyst at Liberum.

Mitie, which earns 70 per cent of revenues from the private sector, struck a deal in June to buy Interserve’s facilities management business, in an attempt to boost its public sector weighting.

In August, Serco said it had won enough Covid-19 response work to offset “the significant negative impact of the pandemic in other parts of our business”.

The company has been involved in Covid-related work running quarantine hotels in Australia and supporting a field hospital at the World Trade Centre in Dubai.

G4S, Serco, Mitie, and Capita are in the process of rebuilding their business after successive profit warnings and the high-profile collapse of rival Carillion in 2018.

“Generic, large-volume outsourcers without a strong specialist focus will really struggle,” said Michael Donnelly at Investec. “They need to protect margins by becoming sector experts — rather than volume outsourcers.”

Hedge funds slug it out over Lloyds Bank

Mon Sep 14 , 2020
A great battle of the hedge funds is brewing — a scrap between investors in Lloyds Bank but by extension also a battle for Britain. With Lloyds widely seen as the stock market’s best proxy for the British economy, the UK’s biggest high street lender now finds itself at the […] 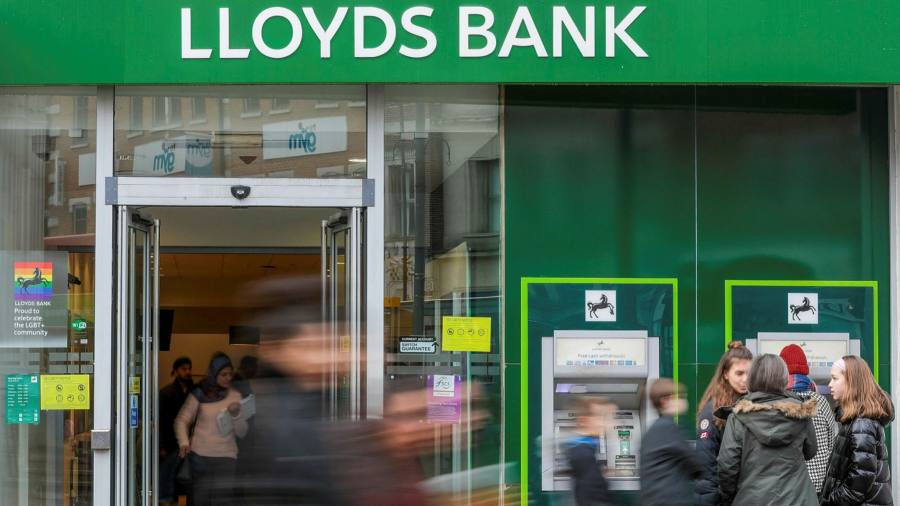