The staff were flown out of the country on Wednesday after workers protested at the headquarters of Basra Gas Company (BGC), a venture between state-owned South Gas Company, Shell and Mitsubishi (8058.T), to demand payment of their delayed salaries, officials said.

“Shell confirms that as result of a security breach at the accommodation camp of Basra Gas Company, we have temporarily relocated Shell secondees,” Shell said in emailed comments.

“All staff and contractors are safe and BGC production is not impacted,” Shell said.

It said the staff, evacuated for security reasons, would work remotely and it did not anticipate any short-term impact on production from the Basra Gas Company, which project officials say is around 900 million standard cubic feet per day.

Shell said it was working with its Iraqi state partner to solve the pay issue and hoped the evacuated staff could resume work onsite as soon as possible.

Iraqi officials, speaking on condition of anonymity, also said they were seeking a quick solution to pay the delayed salaries and that the gas project, overseen by Iraqi engineers, was functioning normally.

“Shell’s evacuation is a precautionary and temporary measure and its foreign staff will provide advice and perform their duties remotely for now,” a senior Basra Gas Company official said.

Iraqi officials providing security at the Basra Gas Company said Wednesday’s protest, which was also close to a Shell compound, was limited and under control.

Most energy companies in Iraq’s south cut wages or laid off workers to cut costs after oil prices fell because of the coronavirus crisis. In April, benchmark Brent crude LCOc1 fell to its lowest levels in more than 20 years.

Thu May 21 , 2020
UK economic activity may have begun to recover from a disastrous April, but remained deeply depressed even after Boris Johnson announced the first easing of the coronavirus lockdown and urged some businesses to reopen, a key survey shows. The latest IHS Markit/Cips purchasing managers’ index for the UK, published on […] 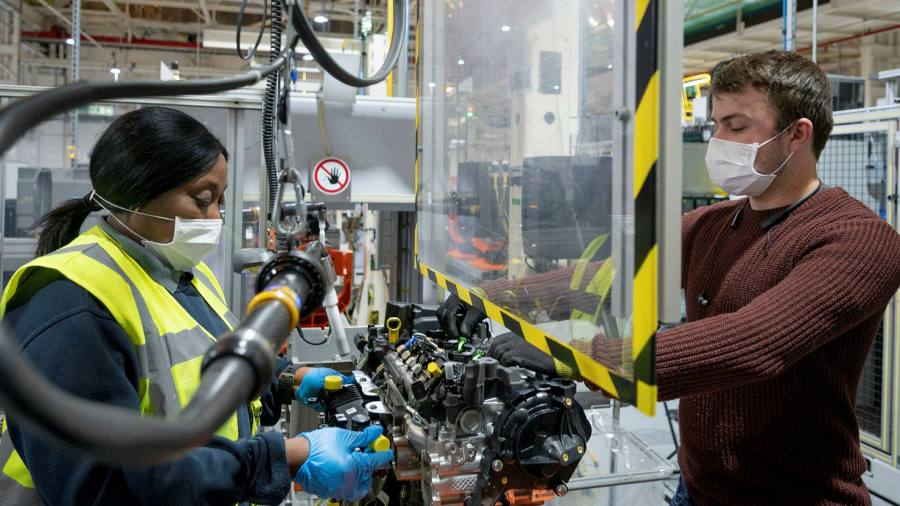