The HOOPS pipeline has been closed for repairs, a spokeswoman for Shell said.

Exxon has notified government agencies and shippers and has responded to an onshore release of crude oil at a facility in Freeport, Texas, spokesman Todd Spitler said on Monday.

“We anticipate resuming flow on the line in a timely manner once it is safe to do so,” he said. Exxon did not say what caused the leak or how much production was affected.

HOOPS connects the Exxon-operated Hoover, Marshall and Madison offshore fields, which combined produce about 4,000 barrels of oil per day, according to a 2018 marketing brochure.

The 153-mile (246-km) HOOPS pipeline brings oil from several offshore oilfields to the Quintana Terminal near Freeport, according to an Exxon website.

Reporting by Liz Hampton in Houston; Editing by Matthew Lewis and Peter Cooney

Tue Apr 14 , 2020
Barcelona have announced changes to the club’s board in a swift restructuring after six directors submitted their resignations to president Josep Maria Bartomeu last week. Vice-presidents Emili Rousaud and Enrique Tombas sent a letter on Thursday together with four other directors – Silvio Elias, Maria Teixidor, Josep Pont and Jordi […] 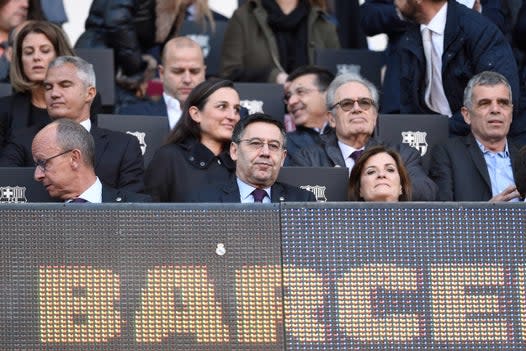