LONDON/NEW YORK (Reuters) – Oil traders are struggling to find enough ships, railcars, caverns and pipelines to store fuel as more conventional storage facilities fill up amid abundant supply and plummeting demand due to the coronavirus crisis.

FILE PHOTO: A sticker reads crude oil on the side of a storage tank in the Permian Basin in Mentone, Loving County, Texas, U.S. November 22, 2019. REUTERS/Angus Mordant/File Photo

Dozens of oil tanker vessels have been booked in recent days to store at least 30 million barrels of jet fuel, gasoline and diesel at sea, acting as floating storage, as on-land tanks are full or already booked, according to traders and shipping data.

That adds to about 130 million barrels of crude already in floating storage, traders and shipping sources said.

Demand for oil and its products has tumbled as much as 30% as governments around the world have told citizens to stay home to prevent the virus spreading – grounding planes and leaving cars parked up. But the world remains awash with oil supplies.

OPEC, Russia and other major producers have forged a deal to curb production, but it will only reduce supply by about 10% and it does not kick in until May.

It is hard to gauge the world’s total oil storage capacity, but signs that the limit is being reached are increasingly obvious. Rising sea storage is one indicator, as it is more expensive than storing onshore and can be technically complex.

Oil producers, refiners and traders are also turning to more unusual tactics, such as storing crude and fuel in railcars in northeastern United States or in unused pipelines.

Europe’s northwestern refining and storage hub still has space to fill but industry experts say most of the remaining capacity has already been booked.

Salt caverns in Sweden and other Scandinavian countries were either full or fully booked.

“We are now working on the most oddball storage locations, really tough locations where there are operational constraints,” said Krien van Beek, a broker at ODIN – RVB Tank Storage Solutions in Rotterdam.

The United States has some refined products storage space left in the area from the Midatlantic to the Southeast and along the Gulf Coast, said Ernie Barsamian, chief executive of The Tank Tiger, a U.S. terminal storage clearinghouse.

But he said more preferable product storage sites, such as deepwater ports in New York Harbor and Houston, which are close to the demand centres, were no longer available.

“The big tanks where you pull a ship in and empty the whole thing, that’s all gone. What you have is pots and pans,” he said.

In the United States, onshore storage tanks are mostly reserved for local refineries which are using railcars to store crude, as well as gasoline and diesel.

“Even the railcars are going to get stacked with product,” said a U.S.-based broker who asked to remain anonymous.

In hubs with a little space left, such as Chicago, tank operators can charge a premium and longer leases. They have been demanding leases of 24-36 months rather than the more usual 12 months, according to two refined products brokers.

With the market oversupplied, oil prices LCOc1 have plunged to their lowest levels in two decades. This week, U.S. Western Texas Intermediate made an unprecedented dive into negative territory, so sellers had to pay people to take it.

Despite the plummeting crude price, some refineries which are able to find space can still make money producing fuel.

“Margins are OK because there is more flexibility in the products market relative to crude,” a senior official at a European refinery said.

And nimble traders are creating new storage options. Tanker vessels carrying at least 1.5 million barrels of diesel have been diverted in recent days from their original European destinations to the New York region to anchor in storage, according to traders and shipping data.

But many refineries are reducing output or, in some cases, shutting down as they no longer have any place to put oil to be processed or the products they make.

Additional reporting by Jonathan Saul and Bozorgmehr Sharafedin in London

Tyre industry pushes back against evidence of plastic pollution

Wed Apr 22 , 2020
SINGAPORE (Reuters) – A growing body of scientific research linking tyre wear to microplastic pollution, as well as increasing scrutiny from lawmakers in the European Union (EU), has led the $180 billion-a-year tyre industry to fight back. FILE PHOTO: Used tyres are seen in a container at a recycling park […] 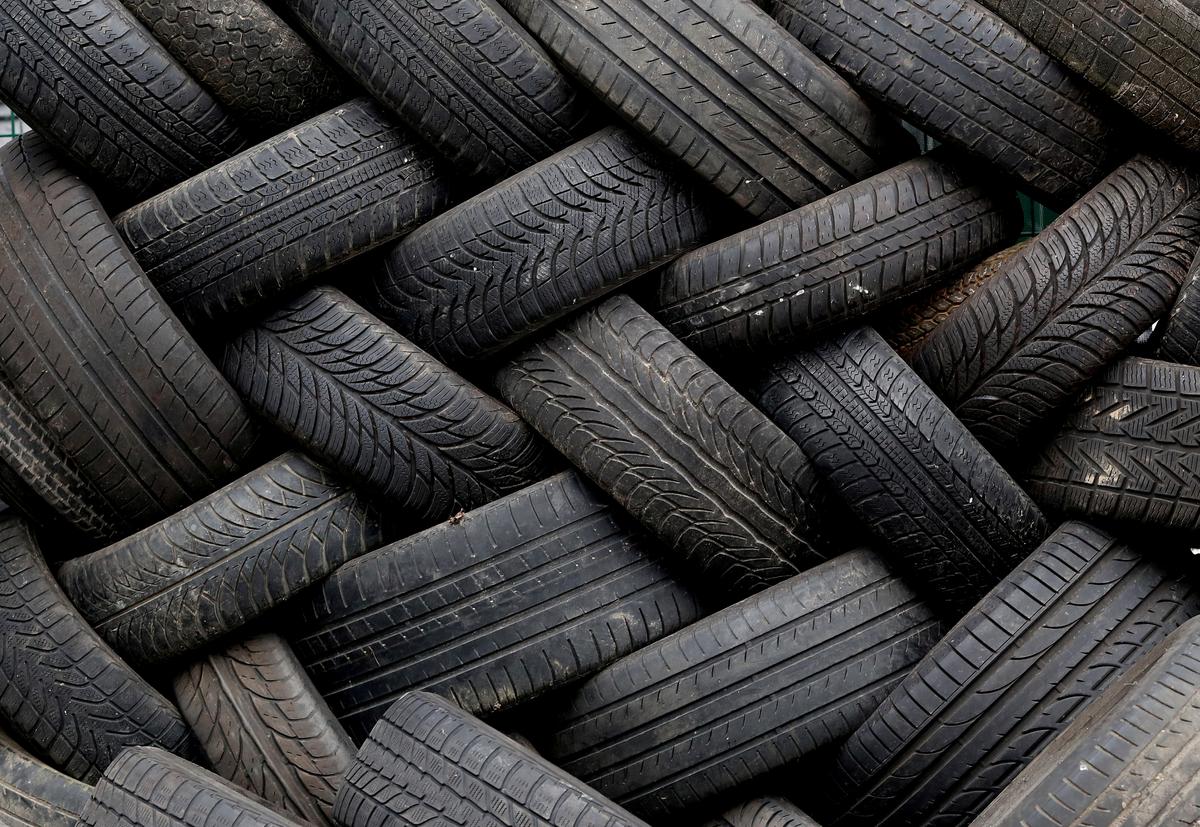