It was a routine day for the testing centre at the AJ Bell stadium set up in mid-April by the city council and Salford Royal hospital for staff working in the National Health Service and social care.

The authorities in the city, which is part of the region of Greater Manchester in north-west England, took the initiative after realising that the rollout of a national testing system was too slow. They urgently needed to find a way to get many of the healthcare staff isolating at home with coronavirus-related symptoms back to work.

The facility can test 120 people a day and those that are cleared can immediately return to the frontline. The World Health Organisation has for months urged all countries to focus on comprehensive testing as a key tool to contain the virus.

But the UK abandoned that approach on March 12 only for ministers to embrace an ambitious programme in early April, setting a daily target of 100,000 tests by the end of the month.

As the government ramped up testing in recent days, closing in on the target, Paul Dennett, the Labour mayor of Salford, said ministers might have got there sooner by taking a less centralised approach.

“The government should have entrusted more resources and authority to councils from the start to roll out both testing and contact tracing for Covid-19,” he said.

“Complex and ever-changing approaches agreed nationally . . . are no substitute for a properly resourced joint government and local government drive for tackling the virus outbreak,” Mr Dennett said, adding that Salford had to use its stretched local health budget to set up the test centre.

Inspired by the Salford initiative, English councils and NHS Trusts from Cornwall to Cumbria have set up smaller testing hubs, including ones in Liskeard, Kendal, Rochdale and King’s Lynn.

Ministers were slow in getting the national effort off the ground. After starting out with one central laboratory, they established two more and then took weeks to create a network of more than 40 drive-through testing centres. Their locations meant frontline NHS and care staff without access to a car often struggled to get to them — with some reporting four-hour round trips.

The extension of testing announced over the past week to include all over-65s and families living with them has helped rapidly boost the numbers to 81,600 daily tests on April 29, a near 60 per cent jump in 24 hours.

But the slow start means the UK has still only conducted just over 900,000 tests in total. In contrast, Germany last week surpassed 2.5m total tests on the back of a federal system that relies on 16 powerful and well-funded state governments. The states have responsibility for healthcare making them key to one of the most successful efforts in the world to date in limiting deaths from Covid-19.

Councils are concerned that Whitehall will make the same mistakes with its plans to track the infected and those that have been exposed to them, so-called “contact tracing”. It is another vital part of the strategy to control the spread of the disease and begin to relax the lockdown.

We do not have local government. We have councils that . . . administer the policies of central government

In England, ministers have focused on channelling efforts to combat the virus through the national body — Public Health England — with little recourse to the expertise at local level. Each council in England has a director of public health with vast experience in contact tracing, such as dealing with outbreaks of sexually transmitted diseases.

“The reality is that no single organisation or agency, whether national or local, can deliver and oversee this operation alone. A collaborative approach is fundamental. The government needs to fully involve us in this,” said Jeanelle de Gruchy, president of the Association of Directors of Public Health.

“Engaging public health directors in the design and implementation of any new plan [on tracing] will help ensure whatever is developed will work on the ground and be integrated with other aspects of the response to Covid-19, including testing and protecting vulnerable people across the UK.”

Rob Whiteman, chief executive of the UK Chartered Institute of Public Finance and Accountancy, said the German model underlined the importance of devolved decision-making when it comes to tackling a pandemic. “Germany has benefited from local public services that do not need to wait for permission” from central government, he said.

Regional healthcare systems in Germany helped scale up testing from late January using a network of more than 160 laboratories around the country.

England’s centralised system is rare in the developed world. “We do not have local government. We have councils that . . . administer the policies of central government,” Mr Whiteman said.

German states have their own tax base, but English councils depend on Whitehall for 95 per cent of their revenue and have asked for an emergency bailout of £13bn.

Howard Bernstein, who negotiated substantial devolved powers from government when he was chief executive of Manchester city council, said the fight against the pandemic had been hobbled by the centralised approach.

“It is not about one person. You need to reorder the way that government nationally and locally organises itself. I do not see much evidence of that happening. When you are in the middle of a crisis you have to think outside the box. Central government does not deliver stuff. Local government and the private sector do.”

In response to a request for comment, the government pointed to a speech by health secretary Matt Hancock on April 2, in which he pledged to hit the 100,000 tests target by the end of April.

Fri May 1 , 2020
People who give up a bonus or part of their salary to help their employer stay in business during the coronavirus lockdown could trigger some unexpected tax consequences, experts have warned. Across the City, business leaders have pre-emptively taken the axe to their pay packets to show solidarity with staff and shareholders. However, […] 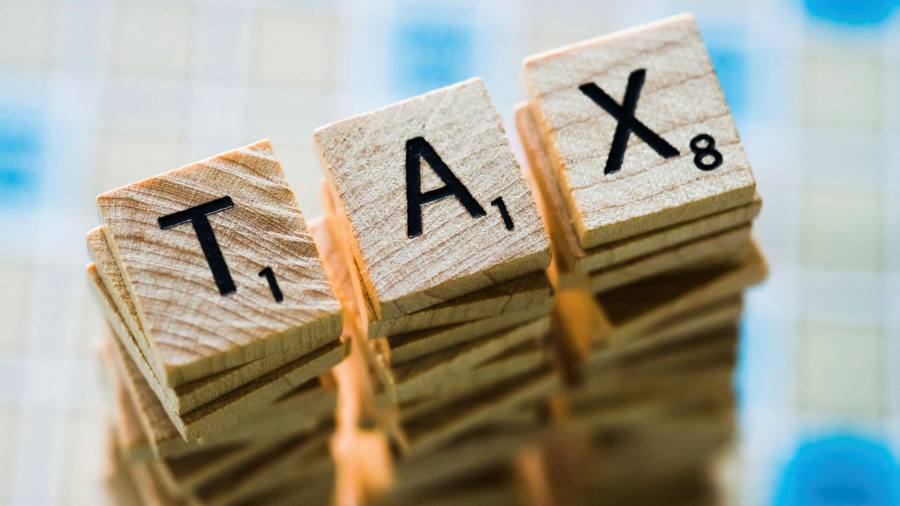