Governments have torn up the rule book to keep economies moving through the dramatic slowdown caused by the coronavirus. Trillions of dollars have been pledged to support businesses which are likely to go under. Policymakers know it is vital to get money flowing to the real economy, in particular to the millions of small and medium-sized corporates that make up its backbone.

Despite the good intentions of governments in the US and the UK, many midsized businesses are struggling to access the emergency loan schemes that have been made available. Owners report delays in receiving loan approval. Others say they have been turned down by their banks as they have no borrowing history with them.

Not enough of the rule book has been torn up. Governments have chosen to use commercial banks as the conduits for the rescue funds. This has thrown up the usual caveats associated with commercial lending, such as high interest rates and demands for personal guarantees. These have frustrated progress early on. These schemes are laudable but worth little if companies do not have the tools to access life-saving funds.

Both the UK and US governments have revamped their support mechanisms, but more needs to be done. The chancellor, Rishi Sunak, was right to do away with the demand for personal guarantees on loans up to £250,000. Nor will applications any longer be limited to businesses that have been refused a loan on commercial terms, increasing the number that will benefit. Borrowers, however, still face the prospect of high interest charges after the first year. This needs to be addressed. Concerns are rife over bottlenecks at the British Business Bank, the government-owned body responsible for overseeing the loans, and whether it is fit for purpose. There is also justified scepticism at the size of the mooted £350bn bailout, the bulk of which is through £330bn of loan guarantees through the banking sector. There is no certainty how much banks will eventually lend.

In the US, on the other hand, Congress has specifically set aside $350bn for distribution and on Thursday added new lending facilities. Crucially, the US package offers loans that convert to grants if the companies retain or rehire their workers. Yet here too, operational issues are a challenge.

Regardless of government assistance, banks too need to play their role. It is understandable that many will be concerned about exposing themselves to additional credit losses but these are unprecedented times. In the US, banks had voiced concerns about holding loans for seven weeks before they can be purchased by the government. The Federal Reserve has rightly moved to allow banks to sell their loans more quickly. Perhaps both governments could learn from the Swiss experience which is remarkable for its speed in getting money to affected companies. The Swiss, like the US and UK, also made large, swift interventions after 2008 that helped protect the broader economy. The argument for similarly large action is even more urgent today but those accountable must be subject to strong oversight.

Policymakers need to cut through the bureaucracy and go further in their guarantees. Grants, rather than loans, should be considered. Getting the right support to businesses of all sizes is critical if they are to have any hope of surviving the next few months. Even if the bill for governments looks high, it will be nothing compared with the economic cost of unprecedented mass unemployment and depression that would be inevitable if businesses are not protected in the short term.

Mon Apr 13 , 2020
Premier League football club Tottenham Hotspur has reversed its decision to use the UK government’s furlough scheme for non-playing staff during the coronavirus shutdown. Two weeks ago, Tottenham announced that it would cut 20 per cent from the pay of about 550 of its of non-playing staff to “protect jobs” during […] 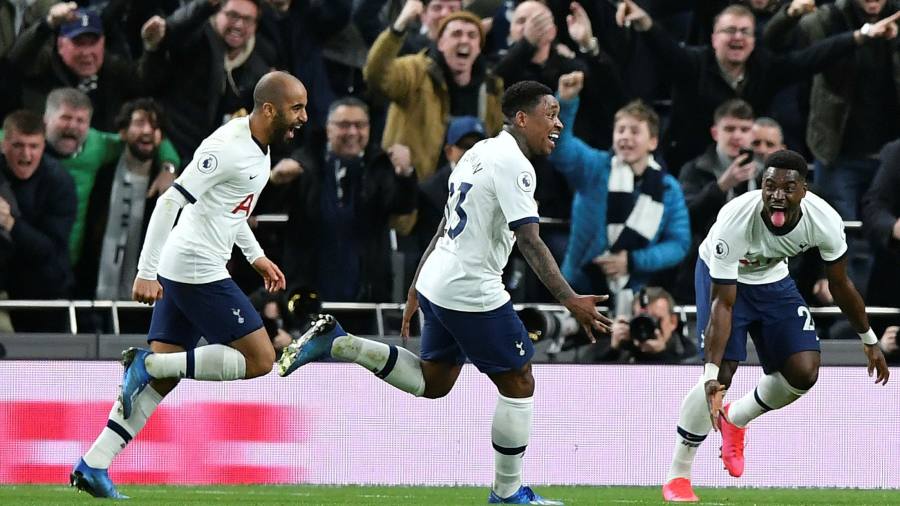