Thousands of small companies will be unable to secure emergency government grants meant to help them survive lockdown because the government has allocated too little money, according to local authorities and business groups.

The government in early May offered £617m for businesses that missed out on an earlier scheme for those registered for business rates. The grants of up to £10,000 will be distributed by councils to companies in shared workspaces, market traders, charity shops and bed and breakfasts.

But the funding is insufficient to meet the needs of all those who are eligible, forcing hard-pressed councils to decide who should benefit. Many tech companies and boutiques operate from shared premises, where business rates are often included in the rent.

Bristol has 21,000 businesses with less than 50 employees and only 7,000 have received financial support so far.

The Labour-run council is opening applications on Monday for two weeks but has yet to determine on what basis to allocate money.

All companies that are registered for business rates — even if they are exempt because of small premises — are already eligible for a £10,000 or £25,000 grant depending on their size or sector. This comes from a separate £12.3bn pot.

The new scheme was supposed to cover those missing out.

“We are very disappointed and incredibly frustrated by the government’s approach for this scheme,” said Matt Griffith, director of policy at Business West, the chamber of commerce for Bristol, Bath, Gloucestershire and Wiltshire.

“Government has, knowingly, severely underfunded this package and overloaded it with other eligible groups — meaning it is bound to lead to thousands of businesses not getting access to support they desperately need.”

The self-employed are also excluded from the grant scheme which Mr Griffith described as unfair, as many had high fixed property costs.

“We are talking to many workspace businesses who are likely to be in lockdown for months to come, have fallen through gaps in support and are now worried they are going to go bankrupt.”

Paula Castle, a tattooist in Bristol, who paid rates as part of her rent so was ineligible for the grants initially, and has now been excluded owing to her self-employed status, said: “I should be the primary candidate for the grant fund but I can’t access any of the schemes and my savings are running out. It’s not like I have chosen to close — the government has told me to but won’t provide any help now.”

The Local Government Association said: “Councils are working to develop their own schemes but will face choices about which businesses to distribute funding to as demand is expected to be higher than the total amount available.

“If this proves to be the case, we will look to work with government to ensure more funding can be provided.”

The department for business said: “We are making an extra £617m available to local authorities to offer grants to small businesses.

“We want councils to exercise their local knowledge and discretion. That is why we have clear guidance for setting up the funds, but are allowing local authorities to determine how best to support local businesses in their area.”

Mon May 18 , 2020
Pub operators have called on the UK government to halve the two-metre social-distancing rule to make business viable when they are finally allowed to reopen. Simon Emeny, chief executive of pub company Fuller’s, said the UK rules went “above and beyond” World Heath Organization guidelines. The WHO advises people to […] 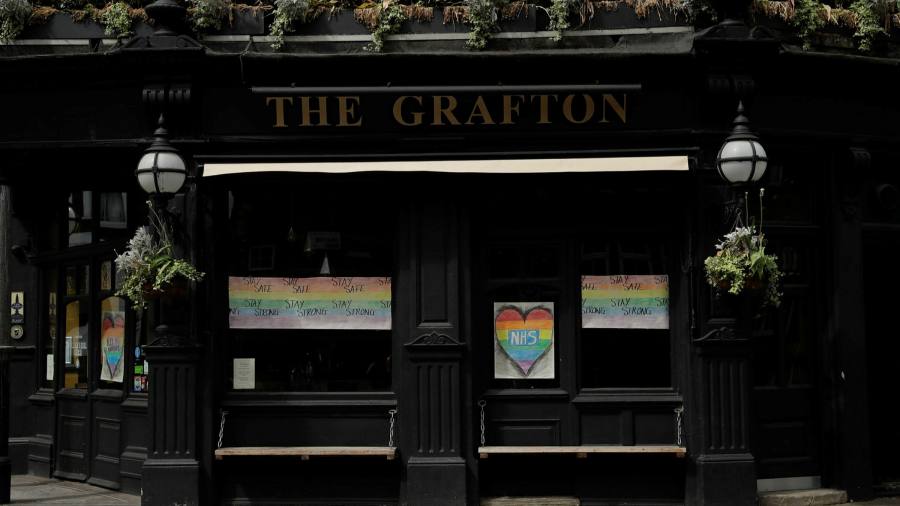