Households across the world have been saving up since the coronavirus pandemic hit the global economy, but their cash stash poses a dilemma for policymakers as they try to gauge the amount of stimulus needed to fuel a return to growth.

It is not clear whether the money represents pent-up consumer demand that is itching to be spent as lockdowns are lifted, known as involuntary saving, or a safety net put aside by households to insure against uncertain times ahead, referred to as precautionary saving.

If consumers rush back to the shops, extra government stimulus threatens to generate too much spending and inflation; but if they continue to hoard their incomes, too little stimulus threatens a vicious circle of weak expenditure, slower recovery and higher unemployment.

The two trends are not mutually exclusive — the likeliest outcome is a bit of both — but the dilemma about which will be more powerful is pitting some of the big beasts in central banking on either side of an intellectual divide.

Christine Lagarde, president of the European Central Bank, recently cited a surge in household bank deposits as reason for caution on the speed of the economic recovery, which she forecast would be “sequential and restrained”. But Andy Haldane, chief economist of the Bank of England, said last week that involuntary saving caused by the lockdown was of a scale sufficient to “potentially dwarf any voluntary rise in savings for precautionary purposes”.

The high level of saving is due in part to governments’ actions to protect the workforce from the sharp downturn. Even though large numbers of households in advanced economies in the US, Europe and Asia have suffered falls in earnings during the pandemic, their incomes have been partly protected, through either welfare systems, such as in the US, or short-time working, mostly in Europe.

As shops closed and travel and tourism ground to a halt, households were left with fewer opportunities to spend.

As a result, the eurozone household saving rate — defined as gross saving divided by gross disposable income — rose to 16.9 per cent in the first three months of the year, up from 12.7 per cent in the previous quarter and the highest since records began in 1999, according to Eurostat data.

Alongside the sharp rise in saving rates, bank deposits have grown at a record pace.

The sharp increase in household bank deposits in the eurozone suggests that increased saving continued for much of the second quarter. In the three months to May, eurozone households increased their bank deposits by €71bn a month on average — more than double the same period last year.

Tim Congdon, an economist who tracks money supply figures, said the growth in deposits in the US and around the world had been “unprecedented in modern peacetime history”. He warned that at some point, such moves would lead to “a significant uptick in inflation”.

The most recent data have provided some corroborating evidence for those who believe the consumer will come roaring back as economies reopen — there are already signs of a rebound in retail expenditure in many developed nations.

French consumer spending on goods surged 36.6 per cent in May, while German retail spending shot up a record 13.6 per cent, rising even above pre-pandemic levels.

Katharina Utermöhl, economist at Allianz, said retail sales were likely to keep rising in June and July as the benefits of lifting the lockdowns were felt and as Germany’s temporary cut in value added tax encouraged more consumers to splash out.

In South Korea, Miguel Chanco, senior Asia economist at Pantheon Macroeconomics, said: “The gains in sales since April have been robust enough to bring the overall level back up above its long-run trend.”

But not every country can expect to enjoy a rebound in consumer spending. Although large-scale unemployment has so far been avoided — helped by furlough schemes such as those covering more than 40m people in the eurozone — significant job losses are expected in economies such as the US, Spain and Italy. Households in those countries are more likely to hang on to their savings, according to some economists.

“Because the economic prospects are darker in some countries, like Spain and Italy, so there will be higher levels of precautionary savings in these countries,” Ms Utermöhl said. Allianz has forecasted that insolvencies will rise 12 per cent in Germany by the end of next year, while they will increase 41 per cent in Spain and 27 per cent in Italy.

Adam Slater, lead economist at Oxford Economics, said that across advanced economies it was too early to celebrate a V-shaped spending bounce just because there were some initial strong signs of life among consumers.

“Unemployment and precautionary saving by firms and households will hold down spending,” he said, which would add to corporate bankruptcy threats. Ultimately, deflation was still much more of a risk than inflation, he added.

The effectiveness of each country’s health system in dealing with the spread of the virus is another factor that will influence their economic trajectory. The move by some US states to return to lockdown suggests that the virus’s threat to spending patterns is likely to persist for some time.

Countries that have managed the health crisis well will enjoy a greater rebound in consumer confidence and quicker reopening, say economists — and that is what gives them the best chance of enjoying a V-shaped rebound.

Sun Jul 5 , 2020
Anti-corruption campaigners have called on the British government’s export finance agency to increase transparency on its anti-corruption measures as it seeks to boost UK trade in the wake of Brexit and the pandemic. In a report due to be published on Monday, the UK campaign group Spotlight on Corruption also […] 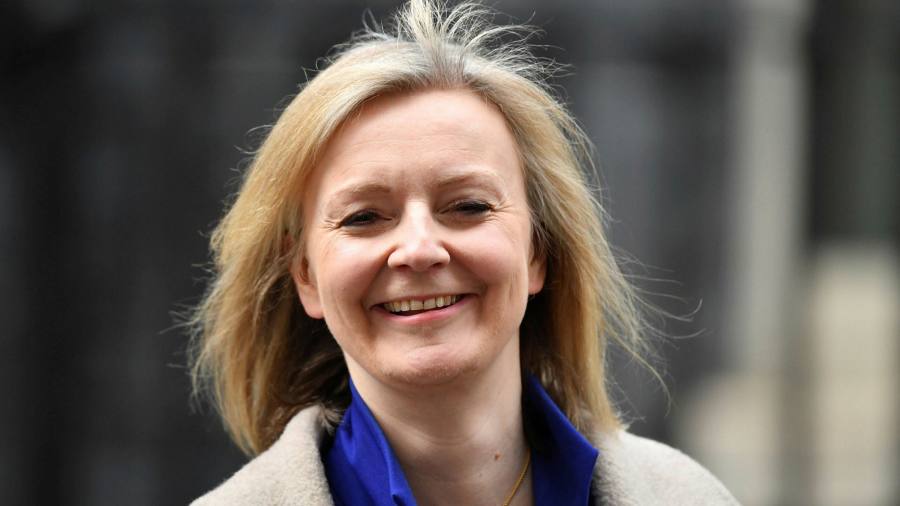