TOKYO (Reuters) – Masayoshi Son’s SoftBank Group (9984.T) could be the biggest beneficiary of the Bank of Japan’s plan to buy more corporate bonds as it expands stimulus to lend more support to the virus-hit economy, analysts said.

For that to happen though, the BOJ will have to come out of its comfort zone.

The BOJ does not disclose what corporate debt it buys, but market sources with knowledge of the matter said the central bank has so far avoided the firm’s debt, presumably to limit exposure to the highly-indebted tech investment company.

With 17.2 trillion yen (129.04 billion pounds) of interest-bearing debt, the owner of Vision Fund is the most indebted Japanese firm. The highly leveraged tech start-up fund is a clear outlier in Japan where companies have been paying down debt and hoarding cash for years.

The coronavirus pandemic is sparking fears of a global recession that has heightened worries about the company, which announced earlier this month it expects an annual operating loss 1.35 trillion yen ($12.5 billion) as its investment in co-working firm WeWork went sour.

Bond yields of SoftBank Group JP00559984= have risen to as high as 4.5% this month, even as many other Japanese companies’ bond yields stayed relatively calm during the market storm.

It is against this backdrop that the BOJ on Monday ramped up by three-fold the maximum amount of commercial paper (CP) and corporate bonds it buys to a combined 20 trillion yen.

“I was surprised by the scale of the increase in size,” said Toshiyasu Ohashi, chief credit analyst at Daiwa Securities. “So now I am eager to see whether the BOJ will expand the target of its corporate bond buying.”

The BOJ said it will buy corporate bonds with up to five years left to maturity, compared with the current limit of three years. Its next corporate bond purchase is scheduled on May 8.

SoftBank Group has about 2.8 trillion yen of bonds that are due to mature within five years, by far the biggest and about four times as large as the outstanding debt of the second biggest Tepco Power Grid, according to SMBC Nikko Securities.

The BOJ had long sidestepped the power grid firm too, a subsidiary of Tokyo Electric Power Co (9501.T), which had been effectively shut out of the market for a long time after the Fukushima nuclear accident in 2011.

But the BOJ began to buy the TEPCO Power Grid last year, and some market players say the move reflected the central bank’s limited investment choices.

The BOJ has generally accepted most bonds with investment grade credit ratings but has rejected some companies without any explanation.

Standard & Poor’s has a rating of BB+ and Moody’s Ba3 for Softbank Group, just below investment grade.

Tue Apr 28 , 2020
SHANGHAI (Reuters) – The president of the Shanghai Gold Exchange (SGE) called for a new super-sovereign currency to offset the global dominance of the U.S. dollar, which he predicted would decline long term, while gold prices rally. FILE PHOTO: A sales assistant displays a 1000 gram gold bar as an […] 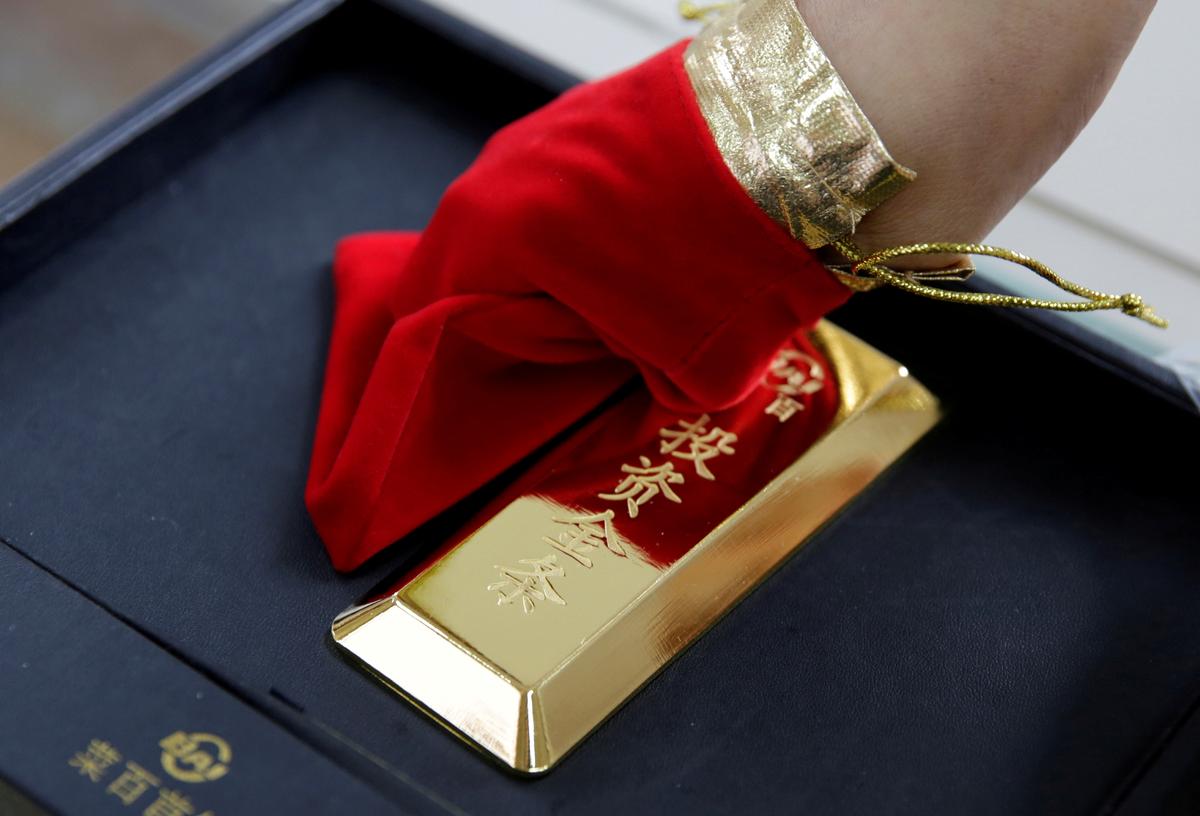