What does the chart show?

It suggests people are moving home more quickly. The share of owners putting their homes on the market within five years of buying them has risen substantially since last year across all parts of England and Wales.

One in five homes coming on to the market in July last year had been purchased within the previous five years. In July 2020, however, that share had jumped to one in four.

The figures were produced by Hamptons International, the estate agent, using data on homes marketed across the Countrywide group. It looked at all the homes put up for sale in July and when they were purchased, comparing the figures with those for July 2019.

Why are people moving more quickly?

Homeowners are bringing forward their moving plans as the experience of lockdown has encouraged them to seek more space, and the stamp duty holiday announced last month has further boosted the numbers looking to set a home move in motion, Hamptons said.

“It’s the combination of the two that seems to be driving this early wave of upsizers,” said Aneisha Beveridge, research director at Hamptons.

The nine-month stamp duty holiday, which runs until the end of March, lifted the threshold at which the purchase tax kicks in from £125,000 to £500,000 in England and Northern Ireland, saving buyers up to £15,000. Buyers of more expensive homes will also benefit from the £15,000 saving.

Ms Beveridge said the sellers of homes bought within the past five years would be more likely to respond to the stamp duty incentive. “Typically these are households selling on their first or second home and are yet to build up significant amounts of equity and for whom stamp duty still represents a big barrier,” she said.

Another indicator of growing demand, particularly at the top end of the market, came from estate agent Savills, which this week said the number of new buyers it had registered in July was up one-fifth on June and more than double the number registered in July 2019. Viewings in July were up by 63 per cent on the same month last year.

Lucian Cook, Savills head of residential research, said: “The market is currently being driven by those with the security in their household finances to be able to act on the lifestyle changes and desire for more space that the experience of the lockdown has brought about.”

Is this fast-forwarding effect reflected in prices?

The impact of the market recovery was seen last week in the Nationwide house price index, which showed house prices rebounding by 1.7 per cent in July after falling by 1.4 per cent in June. The lender put the resurgence down to the release of “pent-up demand” following the relaxation of lockdown restrictions and people changing their views of the type of housing they needed. These trends will be boosted in the near term by the stamp duty holiday, it said.

However, the Hamptons research also suggested the growing share of “early upsizers” marketing their homes in July may temper any price rises in August. The average asking price of a home bought within the past five years in England & Wales is £317,050, 15 per cent less than a home that has been owned for 5-10 years, the agent said.

Is the surge in activity likely to last?

The stamp duty move has delivered an extra burst of energy to a recovery that was already under way following May’s reopening of the market. But some property market experts remain cautious about the dangers of an economic shock as government support schemes are withdrawn.

Mr Cook said: “Lead indicators, such as the number of deals being agreed, suggest this cross-market momentum is likely to carry through to the autumn, particularly given the boost of a stamp duty holiday. However it may prove difficult to sustain later in the year as furloughing unwinds, particularly in the most mortgage-dependent markets.” James Pickford

Bank overdraft charges soar up to 49.9% in UK

Fri Aug 7 , 2020
Customers of high street banks could face annual overdraft charges as high as 49.9 per cent as a regulatory shake-up of borrowing costs delayed by Covid-19 finally comes into effect. “The new charges are going to hit borrowers at the worst time, just as the furlough scheme unwinds and unemployment […] 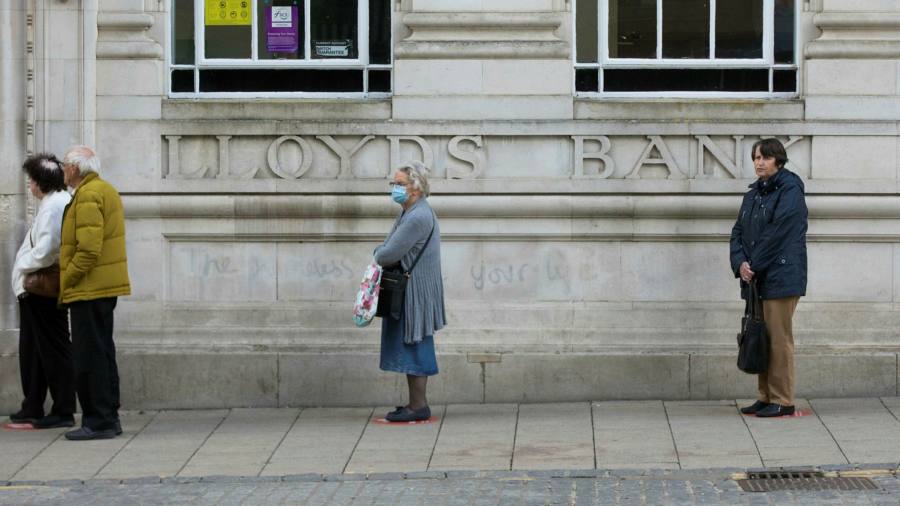