It was always likely that the UK would attempt to rewrite its Brexit deal. But watching Boris Johnson’s government jeopardise its chances for a trade agreement with the EU partly over industrial subsidies is especially bewildering. After all, British voters twice rejected Labour’s 1970s-style prospectus at the ballot box.

The last time the UK picked winners and bailed out losers, we got the Austin Allegro, dubbed “the worst car ever made”. Dumpy, with a square steering wheel and prone to breaking down, it was overtaken by the Ford Escort — and the UK car industry crashed with it.

Burnt by this failure of 1970s industrial policy, the Brits became the proud architects of the EU rules limiting state aid. France and Germany have consistently outspent the UK on helping domestic companies. This should have made it relatively easy for the two sides to agree a way forward after Brexit. Instead, trust has evaporated.

The EU has been too rigid, fearing that Mr Johnson wants to push huge amounts of cash into the north of England. The UK has been sulky and secretive, refusing to propose any alternative subsidy control regime beyond that of the World Trade Organization while muttering about helping technology companies. But most tech groups do not want government cash and would suffer huge damage if UK intransigence pushes the EU to no deal.

What is especially maddening about this brinkmanship is that the prime minister does not seem to want to prop up losers. Even during the pandemic Mr Johnson’s government has been reluctant to bail out companies. What he and chief aide Dominic Cummings want is greater freedom to pick technology winners, or more precisely, a winner.

Mr Cummings is said to believe that between five and 10 technology and artificial intelligence companies will dominate the future, and he wants Britain to build at least one of them. This is by no means a fantasy. In 2014, DeepMind was Britain’s leading artificial intelligence company. When it was bought by Google, the shock was palpable. Once again, it seemed that plucky Brits had invented something brilliant, only to see it taken over by Americans.

Mr Cummings is determined to prevent a repeat. He wants to protect companies from takeovers, especially by Russia and China, and foster the strong scientific research base and capital funding that the US has used successfully.

This narrow objective is a perfectly worthy one, but it depends only partly on state aid. The government can already fund scientific research. Moreover, much of the investment in US start-ups is long-term patient capital from pension funds, not government.

There were signs this summer that EU trade negotiator Michel Barnier was softening on his demands. It was overly aggressive to try to force a non-EU member state to accept rules overseen by a foreign court. Coronavirus has also prompted a rethink. ​ At the start of the crisis, many venture-backed tech companies did not qualify for government bailouts because they were losing money or had sold a large portion of shares to investors. EU governments have bailed out enterprises on an unprecedented scale, and some countries have called for an end to the state aid regime.

Progress has been stymied, however, by the UK’s failure to publish an alternative to the WTO regime — and the small print of the Northern Ireland protocol.

Mr Johnson’s deal last year with the EU to prevent a hard border with the Irish Republic created a backdoor through which EU state aid rules would apply to the UK in perpetuity. His government is now trying to undo that with its internal markets bill, leading to the unedifying spectacle of a minister stating that the legislation breaks international law.

Subsidies should never have ended up centre stage. London built highly successful fintechs while the UK was still in the EU. Few start-ups need government investment; they are more concerned about work visas. “State aid wouldn’t be one of the top five issues for the majority of tech start-ups,” says Dom Hallas, executive director of Coadec, which represents the sector.

The risks of a no-deal Brexit massively outweigh the benefits of a change in state aid. One immediate problem would be the disruption of data flows. In July, the European Court of Justice struck down the transatlantic “privacy shield” agreement, alarming companies that transfer data between the EU and US. Without a UK-EU deal covering data protection, a whole range of British companies — even hotels which list on German booking websites — could be hit with similar problems.

It remains an open question whether governments should pick winners. When Google bought DeepMind, the smaller company had no clear path to revenue. This year, Britain’s space agency warned ministers against taking a 20 per cent stake in the satellite company OneWeb, and it remains to be seen how that gamble plays out. But longer term, it might be better for the UK to focus on building pure research and venture capital, to bridge the “valley of death” that still yawns between the university lab and profit.

There is still time to rescue the EU negotiations. The UK should offer an olive branch with proposals for a subsidy control regime. Otherwise Conservatives may find they have paved the way for a future socialist to achieve full-fat nationalisation of industry. It would be a shame to derail Brexit and end up with a 21st-century Austin Allegro.

Fri Sep 11 , 2020
Birmingham, the UK’s second-largest city, has been hit with new coronavirus restrictions, following a surge in infections both locally and nationally.  From September 15, residents in Birmingham, and its neighbouring boroughs of Sandwell and Solihull — an area home to 1.6m people in total — will be unable to meet […] 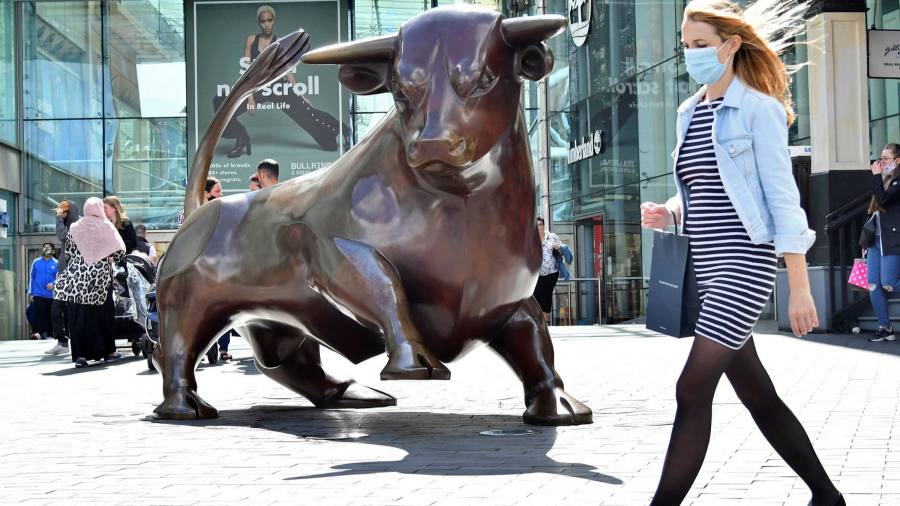