Initial U.S. jobless claims for state unemployment benefits totalled a seasonally adjusted 3.169 million for the week ended May 2, down from a revised 3.846 million in the prior week, the Labor Department’s weekly jobless claims report showed.

The data reinforced economists’ expectations of a protracted recovery for the U.S. economy, which is reeling from nationwide lockdowns to slow the spread of the coronavirus pandemic.

“The pace is slowing down, which is providing some optimism that we are finally going to see things bottom out,” said Ed Moya, senior market analyst at OANDA, referring to unemployment claims.

Stocks globally were bolstered by Beijing reporting a 3.5% rise in exports in April from a year earlier, confounding expectations of a 15.1% fall and outweighing a 14.2% drop in imports.

The unexpected strong showing boosted speculation China could recover from its coronavirus lockdown quicker than expected and support global growth in the process.

“It’s clear that this virus has gone from east to west and we are now seeing that in the data,” said Societe Generale’s Kit Juckes, pointing to the China numbers and relatively better purchasing managing data in countries such as Australia.

But with the full economic impact of the novel coronavirus pandemic still to be seen and huge amounts of debt potentially pushing up borrowing costs, “the market is hugely split between die-hard bears and buy-on-dip buyers”, he added.

Markets had traded cautiously overnight with renewed Sino-U.S. tensions lurking in the background.

U.S. President Donald Trump said he would be able to report in about a week or two whether China is meeting its obligations under a trade deal, as Washington weighed punitive action against Beijing over its handling of the coronavirus outbreak.

The flow of economic data remained grim, with U.S. private employers laying off 20 million workers in April and the Bank of England warning that the coronavirus crisis could cause the country’s biggest economic slump in 300 years.

“Despite their dizzying rally, we continue to be cautious on equities in the near term,” Luca Paolini, chief strategist at asset manager Pictet said. “Markets seem to be overestimating the speed of economic recovery.”

Graphic: Stocks and oil lift out of coronavirus slump – here

Bond markets saw one of the largest shifts in a while after the U.S. Treasury said it would borrow $2.999 trillion during the June quarter, five times more than the previous single-quarter record. [US/]

It will sell $96 billion next week alone and a surprising amount of that will be at longer tenors, which in turn pushed up long-term yields and steepened the curve.

The early rise in Italy’s yields to over 2% reflected worries caused by a German court ruling this week targeting the European Central Bank’s bond purchase programme.

The rise in U.S. yields gave a lift to the U.S. dollar versus most currencies. The dollar index =USD rose 0.19%, with the euro EUR= down 0.26% to $1.0766. The euro was hurt by a gloomy economic outlook from the European Commission.

In commodity markets, gold XAU= had eased on expectations that supplies will grow as bullion refineries resume operations but turned higher to add 0.6% to $1,694.91 an ounce during early U.S trading. [GOL/]

Oil prices swung from down 1% to up more than 6% after a six-session streak of gains which has seen Brent almost double from a 21-year low hit in April. [O/R]

Thu May 7 , 2020
LONDON/MADRID (Reuters) – Liberty Global (LBTYA.O) and Telefonica (TEF.MC) have agreed to merge their British businesses in a $38 billion (30.7 billion pounds) deal, including debt, that will create a powerhouse in mobile and broadband to take on market leader BT (BT.L). FILE PHOTO: A general view shows the Telefonica […] 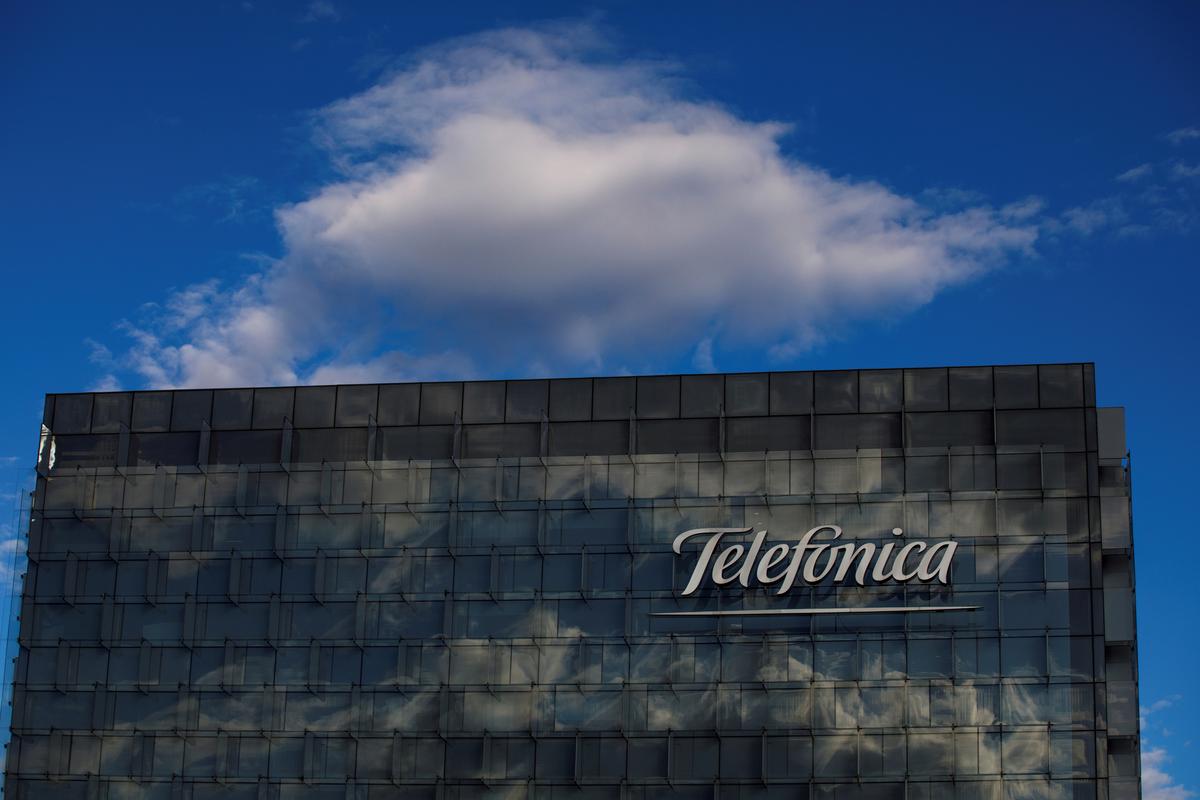