SINGAPORE/SYDNEY (Reuters) – Asian stocks rose to a seven-week high on Thursday, boosted by encouraging early results from a COVID-19 treatment trial, though bonds and currencies stuck to cautious ranges ahead of a European Central Bank meeting later in the day.

U.S. and European stock futures gained throughout the session, with EuroSTOXX futures STXEc1 and FTSE futures FFIc1 last up more than 1% and S&P 500 futures ESc1 up about 0.7%.

A 1.4% rise in MSCI’s broadest index of Asia-Pacific shares, excluding Japan, .MIAPJ0000PUS has it tracking toward a weekly gain of more than 5%, its best in three weeks.

Optimism in equity markets was driven by positive partial results from a trial of Gilead’s (GILD.O) antiviral remdesivir, which showed the drug could help speed recovery from COVID-19, the respiratory disease caused by the new coronavirus.

It was tempered in bond and currency markets, which marked time ahead of an ECB news conference due at 1330 GMT, where there is an increasing expectation it will expand a bond buying programme to better support banks amid a straining credit market.

“Our economists expect the ECB to announce a 500 billion euro expansion to the (bond buying) programme to serve as a backstop against increased fiscal issuance needs,” said Goldman Sachs strategist Michael Cahill in a note.

“The path for the euro in the near-term will depend on the mix of measures introduced,” he said, with targeted credit action likely to reduce domestic risks and offer support, while a “wait-and-see” stance from the bank could weigh on the currency.

Japan’s Nikkei .N225 jumped 2.8% to a seven-week high and Australia’s ASX 200 rose 2.7%, with the mood further supported by South Korea reporting no new domestic coronavirus cases for the first time since its Feb. 29 peak.

More caution was evident in other asset classes, with the U.S. dollar firm and U.S. Treasuries steady.

There are still worries about a second wave of infections, he said, adding that huge piles of cash waiting to go back into the markets suggest investor confidence remains subdued.

BOND MARKET NOT BUYING IT

Markets have been excited by the prospect of a COVID-19 treatment because it may help economies emerge from lockdowns.

They showed hospitalised COVID-19 patients given the drug recovered in 11 days, compared to 15 days for patients given a placebo, and a slightly lower death rate.

But since treatment hopes don’t seem to take into account regulatory and distribution difficulties, should a treatment be found, currency and bond markets were more circumspect.

“But no-one should be counting on a major breakthrough – the key for markets is control of the spread of the virus.”

The yield on benchmark U.S. 10-year Treasuries US10YT=RR stayed parked at 0.6140%, after the U.S. Federal Reserve left interest rates near zero and gave no indication of lifting them any time soon.

FILE PHOTO: People wearing protective face masks, following an outbreak of the coronavirus, are reflected on a screen showing Nikkei index, outside a brokerage in Tokyo, Japan February 28, 2020. REUTERS/Athit Perawongmetha

The U.S. dollar held its ground against the resurgent Australian dollar AUD=D3 for the first time in a week and rose a little against the euro EUR= to $1.0862.

Brent crude LCOc1 and U.S. crude CLc1 futures each rose about $2 a barrel amid optimism that a storage squeeze is not as bad as first feared, and that demand for fuel may soon return.

Coronavirus: Businesses wonder if they can survive - and whether it's worth trying | Business News

Thu Apr 30 , 2020
COVID-19 has brought parts of the economy to a standstill. At a stroke, lockdown measures emptied the streets, closed shops, offices, pubs and restaurants, and consigned millions of people to the novelty of working from home, or the uncertainty of a furloughed salary. Now, with the first indications that restrictions […] 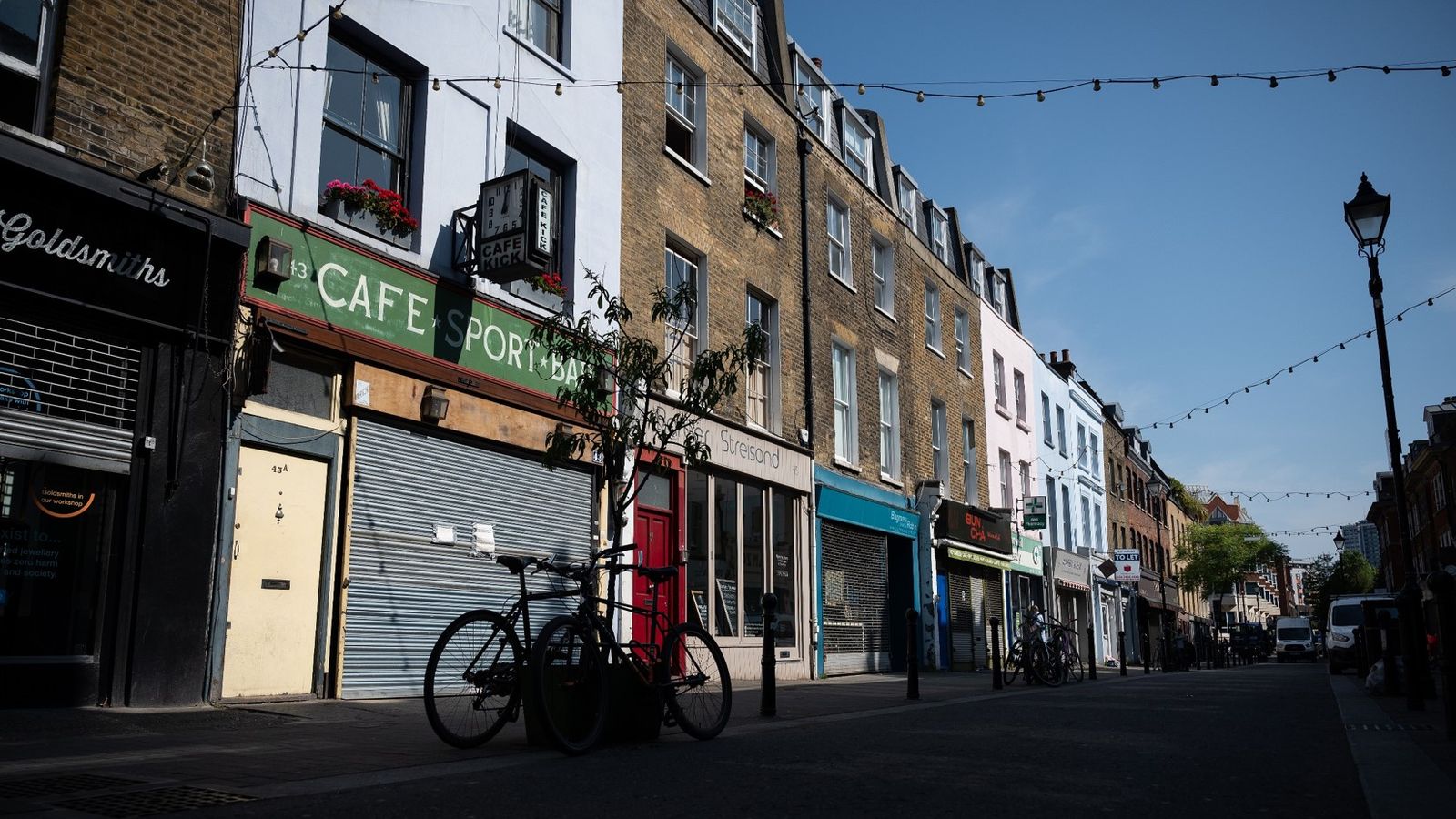