Market participants in Europe tracked the positive sentiment on Wall Street, where the S&P 500 and Nasdaq Composite set records. The S&P 500 rose to an all-time high Tuesday, wiping out all its losses from the market sell-off caused by the coronavirus pandemic. It confirms the start of a new bull market.

President Donald Trump on Tuesday said he has postponed trade talks with China and does not want to speak with China right now. White House Chief of Staff Mark Meadows later told reporters that there were no new high-level talks scheduled between Washington and Beijing.

The world’s two largest economies agreed on an initial “phase one” trade pact in January, but geopolitical tensions have risen and there are doubts as to whether China can honor its commitments under the deal.

On the earnings front, Maersk, the world’s largest container shipping line, is due to report its second-quarter results on Wednesday.

Wed Aug 19 , 2020
Brussels has rejected the UK’s opening demands for continued wide-ranging access to the EU for British truckers, setting the stage for a clash when Brexit trade negotiations resume on Wednesday. UK road haulage groups warned that failure to strike a deal by the end of the post-Brexit transition on December […] 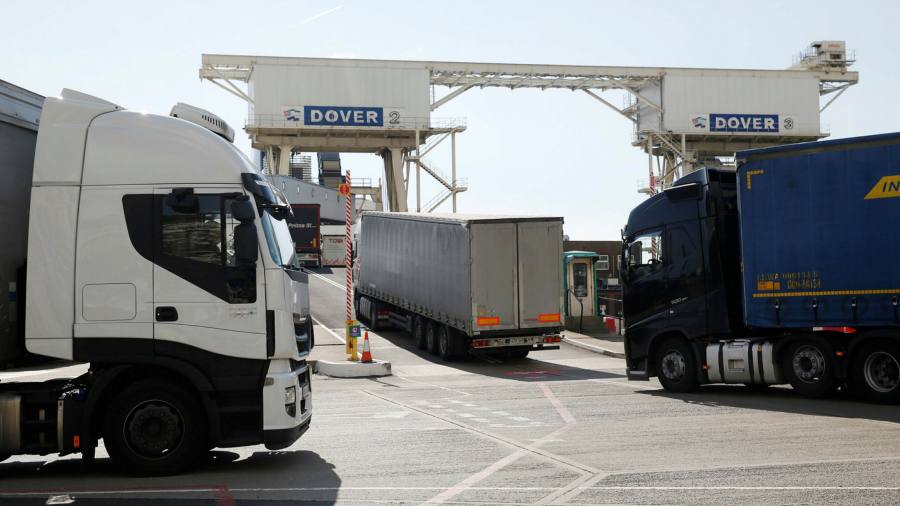