Global market players are betting supportive monetary policy measures will continue to buoy stocks despite the economic damage of the coronavirus pandemic. Last week, the Fed, which has cut interest rates to zero and open-ended asset-purchasing program to support the economy, laid out an inflation policy framework that would keep rates lower for longer.

Asia Pacific markets were largely higher, with Japanese shares leading the gains amid the search for a replacement of longstanding Prime Minister Shinzo Abe. News that Warren Buffett’s Berkshire Hathaway has bought stakes in five leading Japanese trading firms also helped sentiment. The deal is viewed as a long-term bet on the global economy.

U.S. stock futures are also seen rising Monday, with the Dow expected to gain more than 100 points at the open as Wall Street wraps up its best August since the 1980s.

Investors are still keeping an eye on coronavirus developments though, as global cases surpassed 25 million on Sunday. According to Johns Hopkins University, the U.S., Brazil and India have the highest number of infections, with the U.S. closing in on 6 million.

Telecom Italia shares will also be in focus Monday. The Italian state-backed telecommunications firm is close to agreeing a landmark deal with U.S. fund KKR that could lay the groundwork for plans to create a single ultrafast broadband network, Reuters reported.

As for data, German inflation figures are due at 9 a.m. London time, as well as a final reading for Italy’s second-quarter gross domestic product (GDP) growth.

Mon Aug 31 , 2020
Car finance applications in the UK grew by a quarter during July and the first three weeks of August, as pent-up demand for vehicles spilled into the traditionally quieter summer months. Total applications for new and used cars processed by the UK’s largest credit check group Experian rose to 597,000 […] 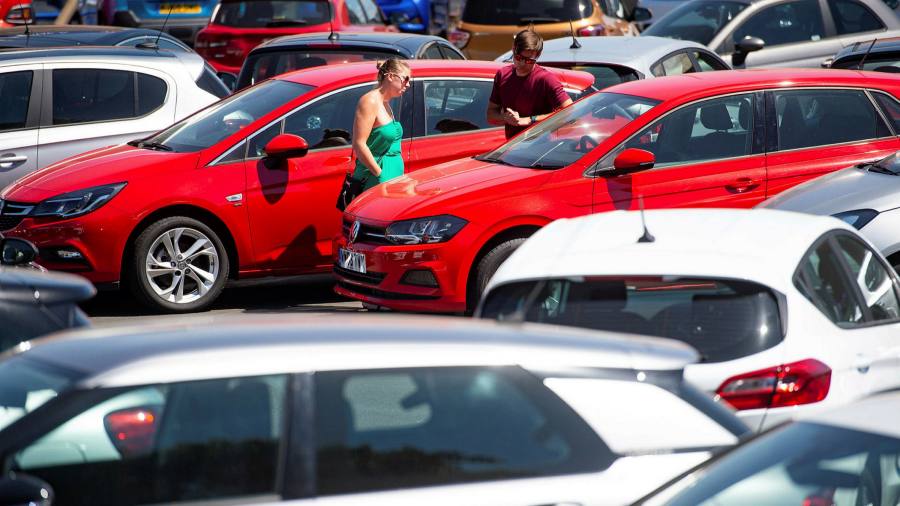