SINGAPORE (Reuters) – Stock markets dipped and safe-havens such as bonds and Japan’s yen firmed on Friday, as investors awaited Washington’s response to China tightening control over the city of Hong Kong.

FILE PHOTO: A man wearing protective face mask, following an outbreak of the coronavirus, is reflected on a screen displaying stock prices outside a brokerage in Tokyo, Japan March 6, 2020. REUTERS/Issei Kato

China’s parliament on Thursday pressed ahead with national security legislation for the city, raising fears over the future of its freedoms and function as a finance hub.

U.S. President Donald Trump, who has vowed a tough response, said he will hold a news conference on China later on Friday. Trepidation about a further deterioration in Sino-U.S. relations sent stocks lower and put investors on edge.

MSCI’s broadest index of Asia-Pacific shares outside Japan slipped 0.1%. The Nikkei .N225 retreated slightly from a three-month high and, though moves were small, the safe-haven yen rose to a two-week high and bonds rose.

“It is seen as a major threat to the rally we’ve had and the recovery,” said Shane Oliver, chief economist at Australian wealth manager AMP Capital.

The possible U.S. response could range from a tearing up of the Phase 1 trade deal and fresh tariffs on China, to milder travel or financial sanctions on Chinese officials, he said.

“If it’s at the relatively mild end, then I don’t think it would derail the recovery bull market, but if it’s at the more extreme end with tariffs and harsh treatment of Hong Kong, then I think it gets more problematic,” Oliver said.

Trump offered a muted response to Hong Kong’s mass democracy protests last year while prioritising a trade deal with Chinese President Xi Jinping. But ties with Beijing have since soured considerably through the COVID-19 pandemic.

Hong Kong’s government warned on Friday that withdrawing its special U.S. status, which has underpinned it as a finance hub, could be a “double-edged sword” and urged the United States to stop interfering in internal affairs.

Hong Kong’s Hang Seng index .HSI was 0.5% lower in early trade and has lost about 3% in the two weeks since news of China’s security legislation broke.

Despite the gathering tension and the near-daily release of diabolical economic data, enormous global stimulus seems to have dispelled the old adage to “sell in May”.

The S&P 500 .SPX is up 4% for the month and on track for its best May since 2009. The rally in the risk-sensitive Aussie dollar AUD=D3 is slowing, but the currency has gained nearly 2% for the month and sits 20% above March lows.

The optimism stems from signs of progress away from the presently parlous state of the world economy.

The number of Americans seeking jobless benefits fell for an eighth straight week last week and New York has outlined plans for reopening.

“As we have said about the reopening and ensuing recovery, this is a process,” said RBC Capital Markets’ chief U.S. economist, Tom Porcelli. “And right now the process is moving along in the right direction.”

The euro EUR= was headed for its best month since December as the European Union’s 750-billion-euro coronavirus recovery fund fuelled optimism about the bloc and its political future.

Fri May 29 , 2020
LONDON (Reuters) – The coronavirus pandemic has emptied offices and shuttered shops but filled warehouses and highlighted demand for work-from-home spaces, leaving investors wondering if they should flee real estate or double down on their bets. FILE PHOTO: An office building in Canary Wharf, following the outbreak of the coronavirus […] 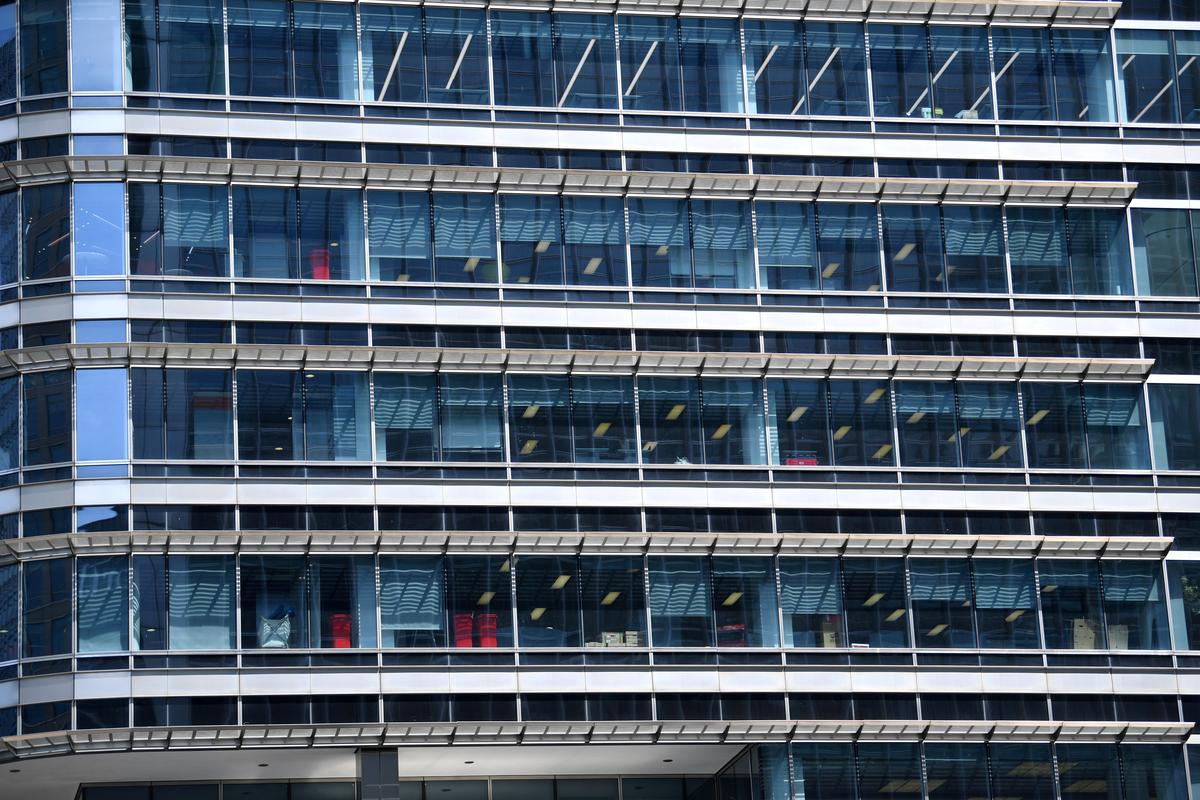