JOHANNESBURG/LONDON (Reuters) – Disruptions caused by the coronavirus crisis have pushed up prices for sulphur by about 10% this year in the Democratic Republic of Congo, driving up costs of a vital ingredient for mining cobalt and copper in the African nation.

Coronavirus lockdowns and border closures in South Africa and parts of Zambia and Congo have disrupted transport and other logistics, delaying essential mining supplies.

Congo, the world’s biggest cobalt producer, accounted for 70% of global supplies in 2019 of the metal that is used in alloys for jet engines and batteries for phones and electric cars. It is Africa’s biggest copper producer, accounting for 6.5% of world supplies. Sulphuric acid is used to extract both.

“Planning can only take you so far and if you rely on those trade flows and there are disruptions, there is nothing you can do about it,” said Peter Harrisson, head of sulphur and sulphuric acid analysis at CRU Group.

Prices of granulated sulphur, a pure form of sulphur that is easily transported and used to make sulphuric acid, are up about 10% since the end of 2019 at about $420 a tonne.

Mines in Congo are still producing copper and cobalt, which is major byproduct in the process, mostly relying on existing stocks of sulphuric acid and other chemicals, or reagents.

“We are seeing high prices for reagents,” a logistics official said. “The market needs a couple more weeks before some of the mining operations become desperate and are forced to buy at inflated prices or risk shutting down.”

For a graphic on Global sulphuric acid prices:

Congo miners import about 3 million tonnes of sulphuric acid a year, mainly buying from smelters in Zambia, and about 450,000 tonnes of granulated sulphur, mostly coming via suppliers in South Africa, according to CRU.

Transport accounts for most of the costs involved.

Typically, purchasing the acid accounts for 16% of operating costs for Congolese mines, which include those operated by Glencore (GLEN.L), China Molybdenum (603993.SS) and Chemaf, a subsidiary of Dubai-based Shalina Resources.

Glencore, whose Congo unit said in April it was postponing plans to build an acid plant to the second half of 2020, declined to comment.

A spokesman for China Molybdenum, which runs the Tenke Fungurume mine, said the company had a stock of sulphur needed to make the acid and said supply still seemed “fairly regular”.

Chemaf Chief Financial Officer Nico de Lange said the company’s Etoile cobalt mine was well stocked with sulphur but said the company was now paying 8%-10% more than in December.

Mines extracting the metals from oxide ore typically use 3.5 to 4.5 tonnes of sulphuric acid for each tonne of copper produced, according to consultants Roskill.

Congo produced about 1.4 million tonnes of copper and almost 90,000 tonnes of cobalt in 2019, the central bank said.

For a graphic on Global copper output 2019:

For a graphic on Copper and cobalt prices:

Reporting by Zandi Shabalala and Helen Reid; Additional reporting by Tom Daly in Beijing and Chris Mfula in Lusaka; Editing by Pratima Desai and Edmund Blair

Wed May 20 , 2020
McDonald’s has revealed the full list of its drive-through restaurants reopening across the UK and Ireland from Wednesday. Service is resuming at 33 of the fast-food chain’s UK sites – and six in Ireland, which are all in Dublin – between 11am and 10pm. Customers will be limited to a […] 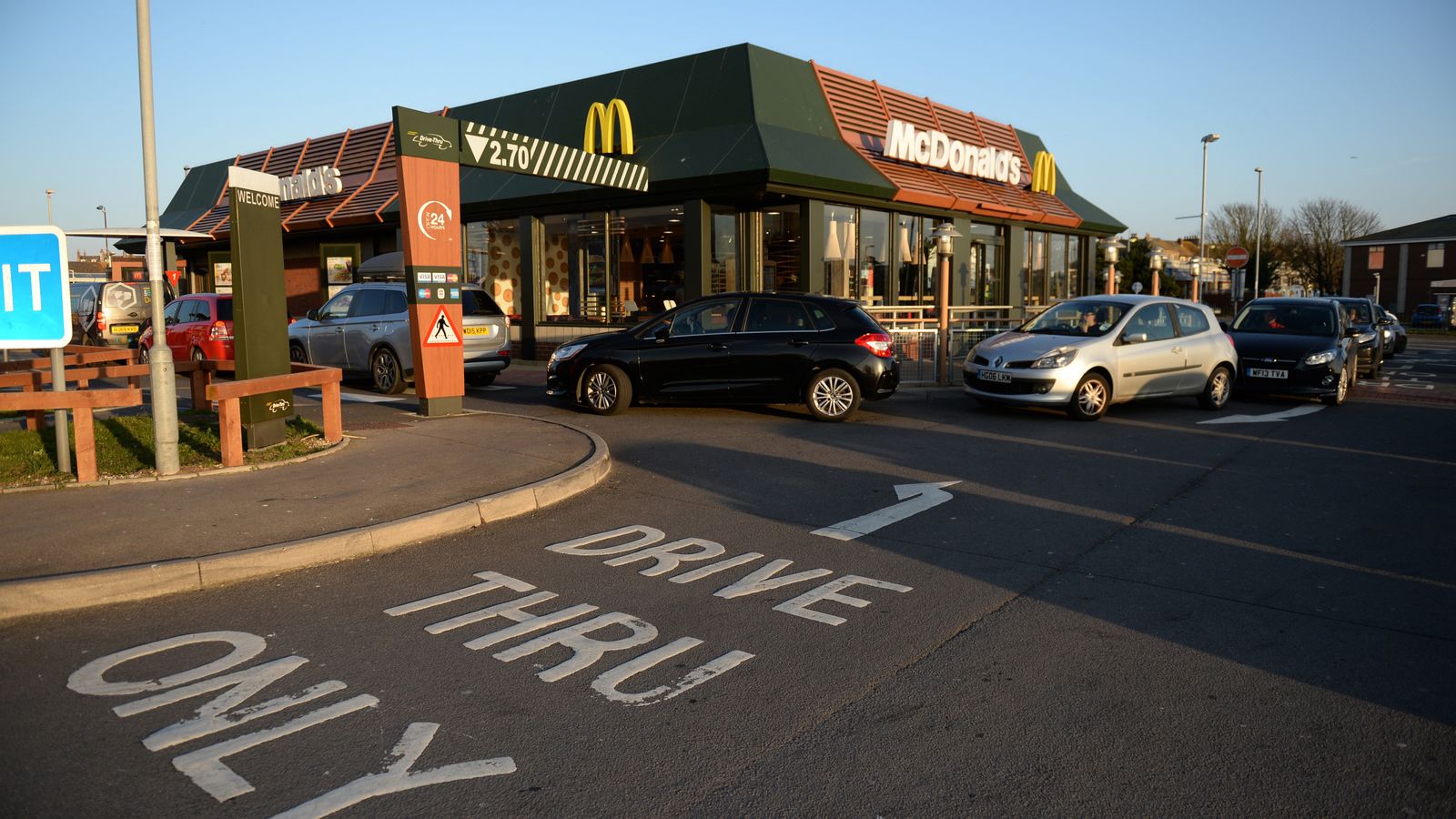