The travel industry, which accounts for around 10% of global GDP, has borne the brunt of the damage wrought by lockdowns to contain the novel coronavirus as nations have sealed borders and planes have been grounded.

Globally, the cost for emerging and developed economies could be $2.7 trillion, the World Travel & Tourism Council (WTTC) has said.

The impact is greatest for emerging economies with few other sources of income.

“Opening the world up to tourism again will save jobs, protect livelihoods and enable our sector to resume its vital role in driving sustainable development.”

The problem is the difficulty of resuming travel when huge questions have yet to be answered about how to ensure it is safe and as the damage inflicted on the global economy is likely to limit travel budgets for companies and individuals.

For an interactive version of the graphic below, click here: tmsnrt.rs/2WoUgUU

The gambling hub of Macau is among markets most reliant on tourism, which accounts for 59% of the Chinese territory’s GDP, according to UNWTO data.

“Sun, sea, and sand” island economies in the Caribbean and elsewhere were the most exposed to a slowdown in tourist footfall, S&P Global estimated. Tourism accounted for nearly 75% of current account receipts in Aruba and the Bahamas.

S&P assessed the Balkans as the second most vulnerable region. Even under a scenario where tourism drops off mildly, around 2 percentage points would be shaved off the region’s headline GDP growth, it forecast.

For an interactive version of the graphic below, click here: tmsnrt.rs/2SYJ8Mq

The drop in demand is expected to have a severe impact on employment levels. Global job losses could reach more than 100 million, the WTTC has estimated.

Tourism accounts for more than 15% of jobs in Mexico and Philippines, while some economies may suffer a further hit from reduced remittances from those working overseas in the industry.

For many countries, a tourism revival will only occur when restrictions on international travel are eased. Out of 217 global destinations, 72% have placed a complete stop on international tourism, said the UNWTO.

That leaves countries such as Bahrain, Montenegro, Chad and Palestine exposed as international travellers account for more than 90% of tourism.

Factoring in the importance of tourism to GDP and employment and their reliance on foreign, rather than domestic visitors, Hong Kong, Thailand, Mexico and Turkey were most exposed, Priscila Robledo at Continuum Economics said.

And with relatively little outbound tourism historically, those countries will not see any benefit to current accounts as a result of the lockdown, she said.

While some expect the COVID-19 shock to last around year, the lasting impact on travel is unclear.

Destinations closer to large populations, such as Croatia and Hungary, may recover better over a two-to-three-year time horizon, S&P said, and ultimately the biggest hit may be to business travel.

“Consumers may crave far away destinations after months of being cooped up,” Hasnain Malik at Tellimer said. “But businesses may never again allow flights to so easily displace video conference calls.”

Iraq agrees with oil majors to cut output, but short of OPEC+ target

Wed May 13 , 2020
BASRA, Iraq/ BAGHDAD (Reuters) – Iraq is cutting its oil output by around 700,000 barrels per day (bpd), a third less than required under an OPEC+ supply pact, after it failed to persuade international oil majors operating its giant fields to agree to deeper reductions. FILE PHOTO: Men work at […] 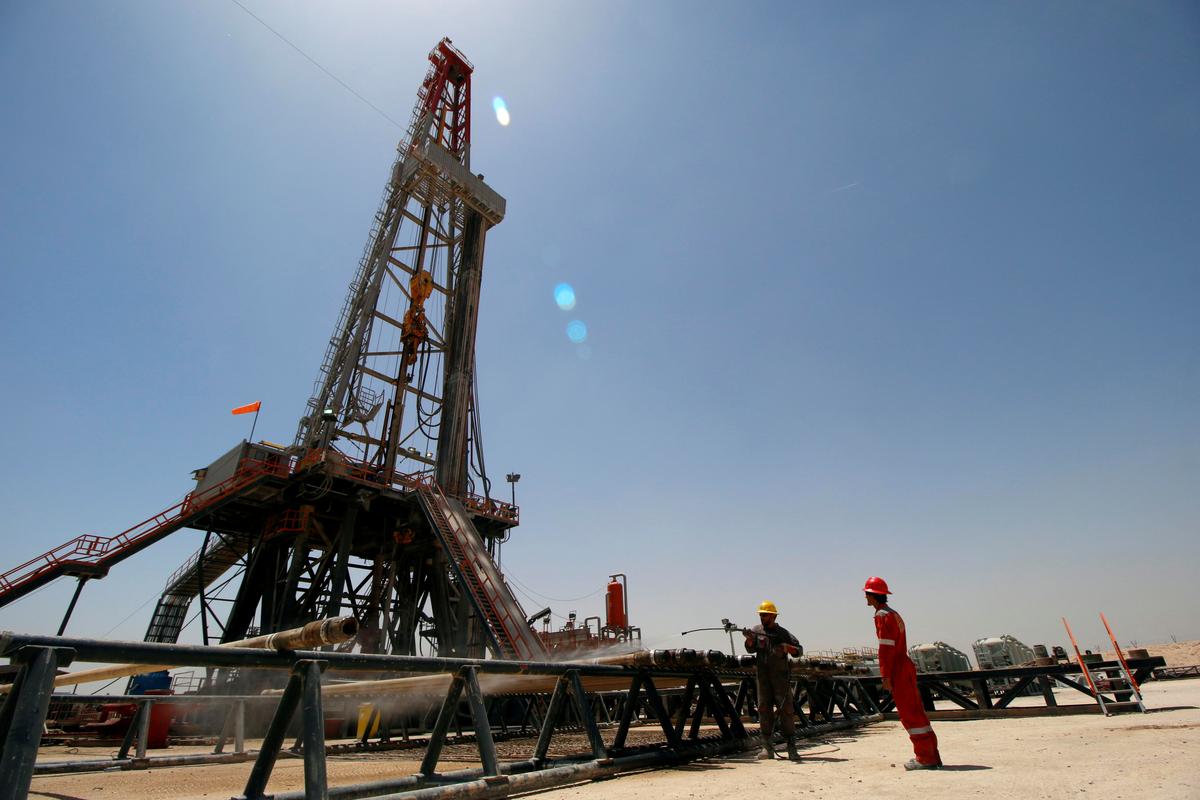