Rishi Sunak will put jobs at the heart of his set-piece economic statement next week as he tries to avert a post-coronavirus catastrophe, but he has told Tory MPs not to expect big tax cuts to boost the economy.

The chancellor’s attempt to manage expectations over fiscal stimulus measures came as Boris Johnson disappointed business leaders by confirming that the government would phase out the job retention scheme by October.

As the economy opened up, furloughed workers were simply being kept in “suspended animation”, the prime minister said in an interview with London’s Evening Standard.

Mr Sunak’s statement will mark a shift in his coronavirus strategy from a support phase, where the government “wrapped its arms around the UK economy”, to a stimulus phase, where it encourages households and companies to spend as normally as possible.

During the pandemic, the chancellor has sought to play down expectations before announcing more generous than expected economic support packages. He wants to help those sectors most exposed to the fallout from Covid-19 such as hospitality, which will only begin to open with social-distancing rules in place on Saturday.

One option pushed by the tourism industry would be temporary targeted tax reductions — for example, a value added tax cut for the hospitality sector.

Carl Emmerson of the Institute for Fiscal Studies said targeted support might be better than a general cut in the VAT rate, which was something “to keep in the locker for now”.

“If we see shops opening and we see queues outside those shops, for example, a VAT cut is not going to help,” he added.

One Tory MP said: “We’ve been told not to expect money to be spent all over the place. I’d expect Rishi to set out the broad picture ahead of his Budget in the autumn.”

Before making final decisions at the weekend, Mr Sunak will study how England reacts to the opening of pubs this weekend and whether the more positive signs of pent-up demand, hailed by Andy Haldane, chief economist of the Bank of England, imply that less fiscal stimulus is needed.

Mr Sunak has studied positive retail data from France and Germany as he tries to work out if tax cuts are needed to boost consumer confidence.

With the government’s main focus on helping the 9.3m people who have been furloughed since March either return to their employers or find new jobs, Mr Sunak is examining options to encourage companies to hire young people.

He is considering plans for a wage subsidy for companies taking on new staff or preserving jobs. One option would be to support small businesses taking on apprentices under the age of 25.

It is likely that there will be some attempt to create a similar wage subsidy scheme to the future jobs fund that ran in 2009-10, but representatives of business say that the private sector is very unlikely to create enough places for young people, even with big wage subsidies. These would form part of an “opportunity guarantee” to ensure that every young person would have the chance of an apprenticeship or an in-work placement.

Tory MPs are also urging Mr Sunak to extend his job retention scheme in sectors such as the arts that are still unable to open, or in places hit by local lockdowns in the months ahead. The Treasury, however, does not favour a sectoral furlough scheme.

Three-quarters of UK manufacturers set to cut jobs this year

Thu Jul 2 , 2020
Almost three-quarters of UK manufacturers are preparing to cut jobs in the next six months, according to new figures that will heap further pressure on the government to protect employment ahead of an economic stimulus package expected next week. More than 10,000 jobs have already been put at risk in […] 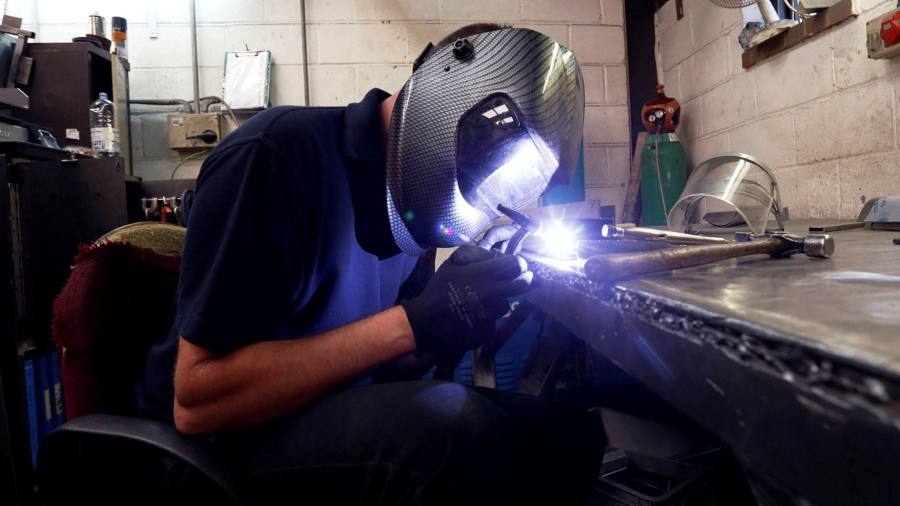