Chancellor Rishi Sunak is delaying his big stimulus package of tax cuts and spending commitments until the autumn, damping expectations of a summer Budget to kick-start the British economy.

Mr Sunak, who has already spent £133bn mitigating the economic damage wrought by coronavirus, wants to wait until the problems facing the economy are clear before making irreversible spending commitments.

The Treasury confirmed on Friday that he was still considering an economic update in July that could include a limited package of measures but it would fall far short of an emergency Budget. The department said: “We will be taking stock of the economic situation, and looking at if and where further support makes sense ahead of the more significant moments in the autumn.”

There has been concern in the Treasury that the importance of a “summer statement” has been exaggerated by Number 10. “It is not a Budget or a mini-Budget,” said one ally of Mr Sunak, although the chancellor can be expected to bring forward announcements of capital projects it wants to invest in.

Boris Johnson is, however, keen to show the government has a clear plan to revive the economy after the pandemic shock, including measures to stop a return to 1980s-style mass unemployment.

It is not a Budget or a mini-Budget

“In dealing with the fallout of coronavirus, we will be as activist and interventionist as we have been during the lockdown,” the prime minister told a Downing Street press conference this week.

Those close to Mr Sunak are concerned about speculation for a summer Budget. They have been disappointed by real-time economic data, which show a general lack of spending growth since the lockdown restrictions began to be lifted on May 11.

There are some bright spots, such as spending in garden centres and parts of the housing market, but the depressed general picture has reinforced the Treasury’s opinion that any stimulus should be timed for when the economy is fully open for business.

With so much uncertainty hanging over the economy, “not many decisions have been made”, one official close to the chancellor said.

To the surprise of fellow ministers, Mr Johnson revealed one of the central measures in the summer statement when he said: “Young people, I believe, should be guaranteed an apprenticeship.”

He added there would be investment in green technology — including electric cars — while Mr Sunak has identified offshore wind and carbon capture and storage as two other areas he wants to support.

Infrastructure will feature heavily, although Mr Sunak wants to focus particularly on projects that will stimulate the economy “in the next 12-18 months”, according to one government official.

George Osborne, the former chancellor, noted this week that this was one reason why the Treasury was so keen to announce pothole repairs, since they represented the kind of “shovel ready” project that created jobs immediately.

Other smaller local authority projects, including improvements to cycling and pedestrian infrastructure, are also expected to feature in the plan.

Meanwhile, ministers have been asking business groups to provide ideas for deregulation, a familiar theme. Mr Sunak has always championed free ports as a test bed for new regulatory ideas and a means of levelling up deprived areas.

But the Treasury cautioned that such ideas might need to wait. “The first phase has seen us help families and businesses through the crisis, and as the economy opens up we will move into a new phase. This will obviously have to be timed correctly so people get help at the moment they need it,” the Treasury said.

Sat Jun 6 , 2020
Spider-Man and Captain America were not the only ones wearing masks when Universal theme parks reopened in Florida for the first time since being shut down due to the coronavirus pandemic. Locals with a pent-up desire for high-speed thrills descended on the Orlando resort on Friday, more than two months […] 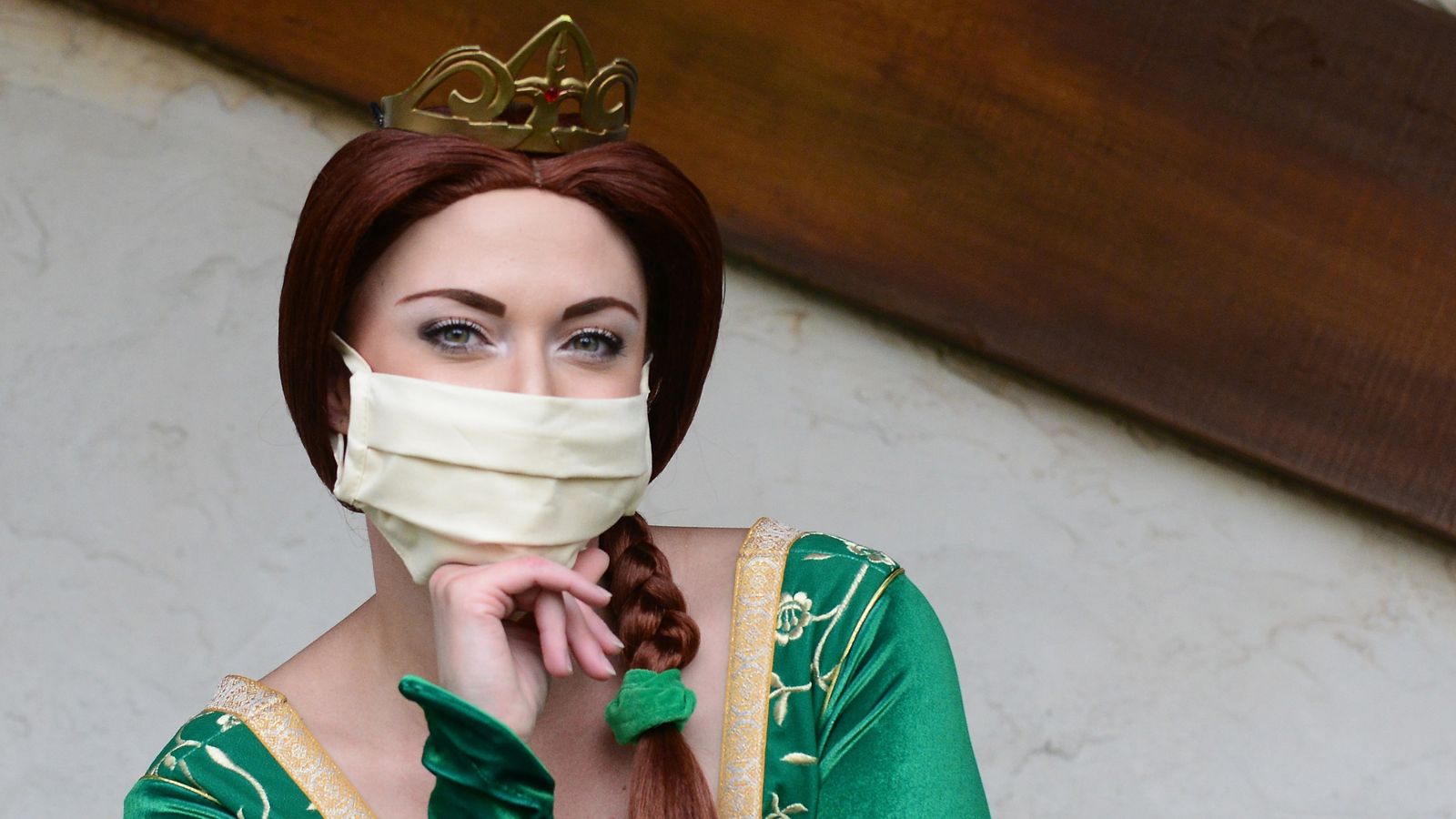