Chancellor Rishi Sunak on Monday unveiled new support for Britain’s smallest businesses under which they will be able to borrow up to £50,000, with the government underwriting the entire loan.

The so-called bounce back loans to be provided by commercial lenders — which will be interest free for the first year, with the government paying any fees — will help companies currently struggling to access credit, Mr Sunak told MPs.

The chancellor has been under pressure to do more for the UK’s micro companies amid the coronavirus pandemic because some have had problems securing credit through the government’s coronavirus business interruption loan scheme that is meant to be focused on small and medium sized enterprises.

Some businesses said they did not meet the criteria for the scheme, while others complained about long delays by lenders with processing their applications.

Mr Sunak said bounce back loans would be available from next Monday, with businesses asked to fill in a “quick standard form” under the scheme. Most will be issued without the use of personal guarantees against the loans supplied by directors, added officials.

The Treasury said it was unable to put any estimate on the cost of the scheme because it was not known how many companies will apply for loans.

However, Huw van Steenis, a managing director of UBS, said: “Based on the experience of France and Switzerland you could see several hundred thousands of these loans taken out.”

Mike Cherry, chair of the Federation of Small Businesses, the trade body, said that the “crucial new initiative” would help thousands of small companies to access vital working capital. “Swift delivery is now key,” he added.

Senior bankers raised questions about how the bounce back loans scheme will work in practice. It may pose challenges for banks given some of the problems that they have had in coping with demand from companies for the coronavirus business interruption loan scheme.

The government’s proposed lighter touch by lenders to vetting of borrowers under the bounce back loans scheme increases the risk of fraud, and the 100 per cent state guarantees means any losses will fall on the taxpayer.

This will also be relatively cheap finance so micro companies may choose to use the scheme even if they do not need to — it could be a one way of paying back a credit card-bill, said one banker.

The chancellor has faced calls from MPs and businesses to change the rules for the coronavirus business interruption loan scheme, under which commercial lenders provide interest-free loans of up to £5m that are 80 per cent guaranteed by the government to companies that have annual turnover of up to £45m. So far the scheme has generated 20,000 loans worth £3.4bn.

Many companies had pressed for the government to give 100 per cent guarantees to loans issued through the scheme. But Mr Sunak said on Monday that would be a mistake because it would mean the “taxpayers of today or tomorrow” having to underwrite limitless sums.

However, the Treasury has introduced two technical changes which are expected to accelerate the flow of lending through the scheme.

First, instead of having to assess whether a business is still viable during the pandemic, lenders will now only have to decide if the company was a going concern beforehand.

Second, a previous rule that meant the government would only guarantee 60 per cent of a lender’s portfolio of loans issued under the scheme has been eliminated.

UK Finance, the banking trade body, said these were “welcome changes” which should enable lenders to provide finance to companies more quickly.

Mon Apr 27 , 2020
(Reuters) – Boeing Co (BA.N) will need to borrow more money over the next six months and does not expect to pay dividends again for years, as the U.S. planemaker wrestles with industry fallout from the coronavirus and the grounding of its 737 MAX jet, chief executive Dave Calhoun told […] 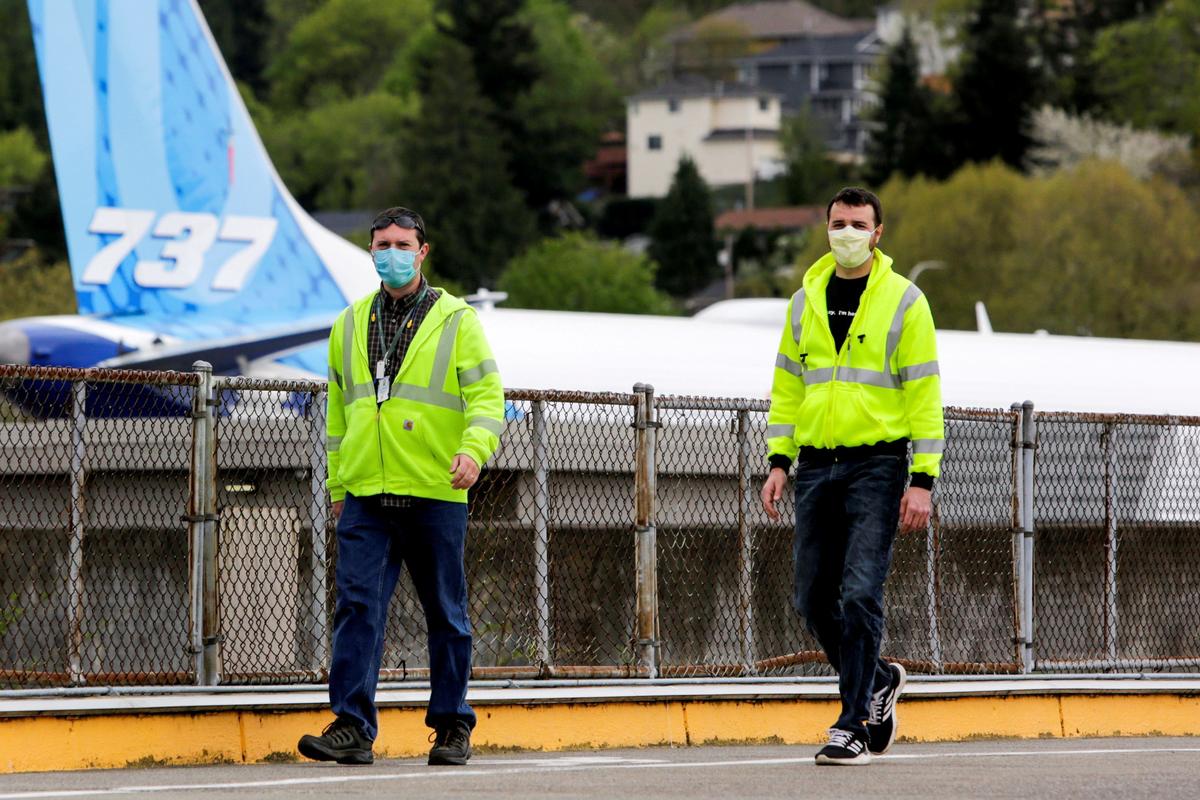