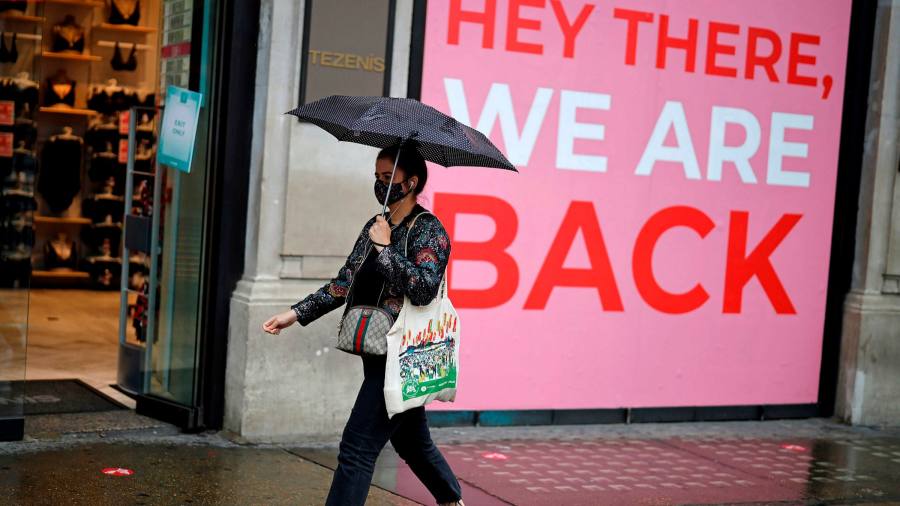 The UK economy shrank more than initially estimated in the first quarter of this year, recording the largest fall since 1979 as coronavirus began to choke activity in March.

Output in the UK fell 2.2 per cent in the first quarter compared to the previous one, according to revised data from the Office for National Statistics. This is a sharper contraction than the first estimate of 2 per cent. The fall is now the joint largest drop in UK gross domestic product since 1979.

“Our more detailed picture of the economy in the first quarter showed GDP shrank a little more than first estimated”, said Jonathan Athow, deputy national statistician at the ONS. “All main sectors of the economy shrank significantly in March as the effects of the pandemic hit . . . The sharp fall in consumer spending at the end of March led to a notable increase in

A firm dollar kept riskier currencies under pressure on Monday, as a surge in coronavirus cases and the re-imposition of curbs to stop its spread had investors worried that a global economic recovery could be derailed even before it had taken root.

California ordered some bars to close on Sunday, following similar moves in Texas and Florida, as cases nationwide soar to record levels each day. Washington state and the city of San Francisco have paused re-opening plans.

That allowed the greenback to hang on to gains ground out last week, and had riskier currencies such as the trade-exposed Australian and New Zealand dollars parked toward the bottom of ranges they have held for several weeks.

The dollar held firm on Thursday as an increase in coronavirus cases in the United States undermined hopes for a quick turnaround in the pandemic-hit economy and prompted traders to cuts bets on riskier currencies.

The dollar’s index against a basket of currencies strengthened to 97.21.

New daily U.S. virus cases surged to nearly 36,000 in the latest tally, near a record of 36,426 hit in late April. The percentage of positive results in tests is also climbing.

The governors of New York, New Jersey and Connecticut ordered travelers from nine other U.S. states to quarantine for 14 days on arrival as Covid-19 showed signs of surging in the southern and western parts of the country.

The dollar was under pressure on Wednesday, after upbeat data in Europe boosted the euro and helped stoke hopes for a global economic recovery, underpinning investor appetite for riskier currencies.

That is still below the 50 mark separating growth from contraction, but the strong rebound — together with upbeat data in Britain and the United States — lent support to a sense that growth is returning at pace.

It also seemed enough for now to offset worries about a resurgence in U.S. coronavirus cases, and to draw bets — reflected in a rising gold price — on broad dollar weakness.