Japan’s largest drugmaker said it expects to make 355 billion yen ($3.3 billion) in operating profit for the year to March.

That compares with 100 billion yen for the year just ended – a result that beat its own estimate of a 10 billion yen profit and a consensus prediction of a 12.7 billion yen loss from a Refinitiv poll of 13 analysts.

Due to the COVID-19 crisis, Takeda has halted the start of new drug trials except for TAK-888, its investigational plasma-derived therapy for the disease. It is in an alliance with 10 global plasma companies working on therapies that use immune cells taken out of the blood from recovered coronavirus patients.

The Shire acquisition, completed in January 2019, expanded Takeda’s pipeline and diversified its global sales, with half now coming from the United States. But it also saddled the drugmaker with a large debt pile.

To pare down debt, Takeda has pledged to dispose of $10 billion worth of non-core assets. It said last month it would sell selected over-the-counter and prescription products to Denmark-based Orifarm Group for about $670 million.

It offloaded $7 billion in assets last year, including operations in the Middle East and Africa and a dry-eye drug sold for $5.3 billion to Novartis, Refinitiv data show.

Takeda is focusing on five key business areas: oncology, gastroenterology, neuroscience, rare diseases, and plasma-derived therapies. The company told investors in November it expected to launch 14 new products through fiscal 2024 that combined would deliver about $10 billion in peak yearly sales.

Ahead of the results, Takeda’s shares rose 1.2% versus a 0.5% slide in the broader market.

Wed May 13 , 2020
LONDON (Reuters) – European travel company TUI on Wednesday said it needs to reduce its fixed cost base by 30% and cut thousands of jobs as it looks to stay aloft in a market weakened by the coronavirus pandemic. FILE PHOTO: A closed counter of the German travel company TUI […] 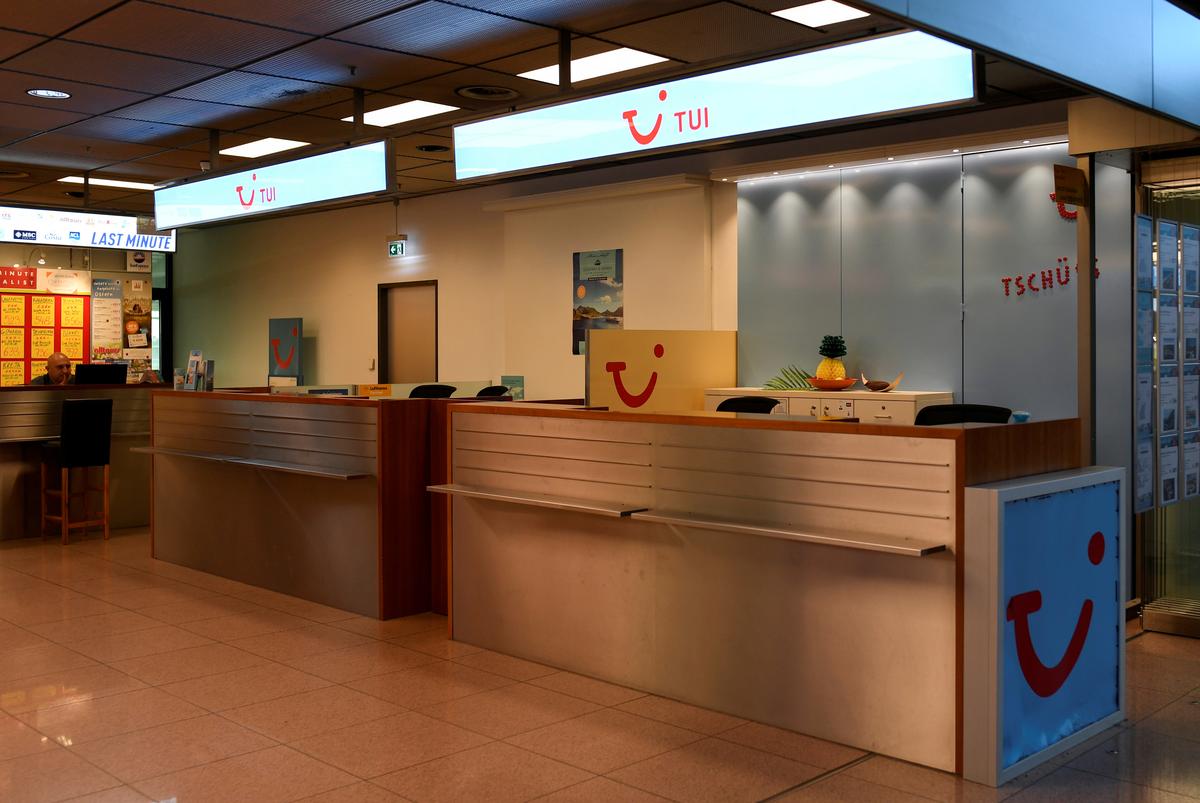