People who give up a bonus or part of their salary to help their employer stay in business during the coronavirus lockdown could trigger some unexpected tax consequences, experts have warned.

Across the City, business leaders have pre-emptively taken the axe to their pay packets to show solidarity with staff and shareholders. However, senior executives and owner-managers of businesses and employers could all be caught out by strict rules which apply to the waiving of salary and bonuses.

If not followed correctly, these rules could lead to companies and individuals being pursued by HM Revenue & Customs for income tax and national insurance contributions, tax practitioners told the Financial Times.

Growing numbers of businesses have asked senior staff or those earning over a certain threshold to take a pay cut or even repay bonuses to help support their company during the pandemic.

But, under the Income Tax (Earnings and Pensions) Act 2003, the timing of when individuals waive remuneration is critical for whether they will have to pay tax on the amount given up. The requirement to make a formal declaration about their intention is also important.

Chris Thomas, legal director at law firm Pinsent Masons, said: “PAYE [Pay as you earn] liabilities for employers are calculated on the amounts which employees are entitled to. If the employer has not properly dealt with the formalities it could find itself still liable to HM Revenue & Customs for the PAYE on the full salary and not the reduced salary.”

To avoid this, the employer should put in place a contract variation, signed by the employee, to record an agreement to reduce the employee’s salary. Crucially, this would need to be done before the employee is next entitled to receive their salary, for it not to be treated as taxable earnings. A simple reply email or text confirming agreement would suffice if getting signatures in lockdown is difficult, Mr Thomas added.

Employers who take the lead in instituting pay cuts may be more likely to keep abreast of the tax rules. However, individuals who voluntarily choose to give up money are more at risk of not following procedure, experts warned.

Owner-managers of businesses are one such group who could, depending on their arrangements for extracting funds, fall foul of the rules — especially as there are additional requirements for an individual who is a director and waiving or reducing their salary, Mr Thomas said.

As well as needing to ensure any waiver is formally recorded and made before the individual is next entitled to be paid a salary, they must also consider whether the “tax point” could arise earlier, or has already arisen.

“Tax can be triggered when the amount that is payable becomes determined, albeit not actually paid, and in some circumstances where provision for it has been made in the company’s accounts or record — an additional trap for directors,” Mr Thomas said. “Companies need to consider how these rules apply in the context of directors.”

Other people who might foul of the rules while voluntarily giving up remuneration are those contractually entitled to bonuses. Bonuses are often paid out three, six or nine months after the year they were earned. As a result, many executives who are contractually entitled to receive their bonus from good performance achieved in 2019 stand to receive payments in the summer or autumn.

“[If companies] have now put lots of their staff on furlough at 80 per cent wages, you can see how directors taking a contractual bonus now could lead to a hue and cry,” said Matthew Brown, technical officer at the Chartered Institute of Taxation (CIOT).

“Some will want to waive their entitlement to the bonus. But the timing of doing so is going to be crucial. It’s no good having received the bonus, then paying it back — once the date the bonus is due is reached it’s too late, as the bonus remains taxable even if you repay it.”

The CIOT has called on the government to relax the rules temporarily, so that voluntary bonus repayments made to reduce financial strain caused by the pandemic will be accepted as negative earnings. Tax professionals are also pushing the government to state whether or not HMRC will strictly police the rules if people mistakenly do not stick to the procedure during the crisis.

“In the current exceptional circumstances, HMRC may not actually take the point [and chase PAYE and NICs due],” Mr Thomas acknowledged. “But as a general principle they could . . . who knows what the climate will be like in a couple of years’ time.”

Other tax experts are concerned that the way current anti-tax avoidance rules are formulated could lead to a later crackdown by the authorities.

Peter Hopkins, technical director at investment platform AJ Bell, suggested that anyone wanting to reduce their pay and donate the portion given up to charity should do so through payroll giving, due to tax laws introduced in 2017.

“The way the rules are drafted would catch an employee reducing salary and the employer paying it directly to charity, and might possibly catch those continuing to work but forgoing salary to try and keep their employer’s business afloat,” he said. “It would be extremely helpful if the Treasury or HMRC urgently clarified the position for people who want to put their salary to good use.”

HMRC said: “If employees or directors amend an employment contract to reduce salary before remuneration is due to be paid, and the agreement is simply for a reduction of pay and not part of a wider agreement, then there are no tax consequences.

“Employees are also free to give to qualifying charities in a tax efficient manner through payroll giving. Alternatively, the employee can make a donation to charity out of their net pay and use Gift Aid for the charity to claim the basic rate tax.”

UK restaurants warn social distancing will put them out of business

Fri May 1 , 2020
Three quarters of restaurant and bar operators in the UK have warned they do not expect their businesses to survive with social distancing measures in place. Operators including café chain Paul; JKS, which owns the London restaurants Gymkhana and Hoppers; and hotel group Accor, cautioned that measures designed to stall […] 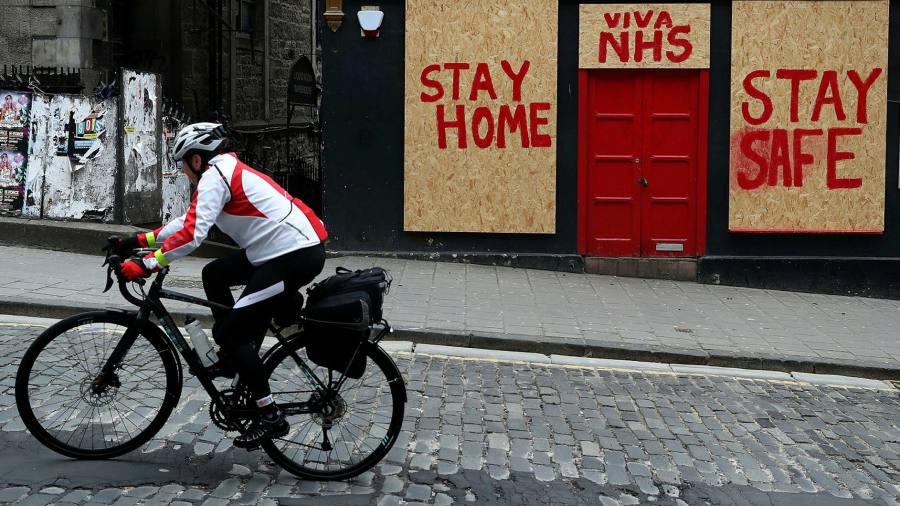