The national debt passing £2trn is a moment to relish for fans of round numbers but there is not much else to enjoy about the mind-boggling landmark.

Given the scale of ongoing intervention required to tackle coronavirus, and the level of debt before the crisis, it was inevitable that the figure would be passed.

It required “only” a further £26.7bn of borrowing in July to exceed a number that will please only statisticians.

In the first four months of this financial year alone borrowing reached £150.5bn – £128bn more than in the same period last year, and almost three times the figure for all of 2019-20.

It’s also almost triple the figure Chancellor Rishi Sunak forecast for the entire year in his budget in early March, a statement that now looks almost sweetly naive given the scale of the economic interruption and state intervention since.

The reasons for the ballooning debt are familiar.

Huge spending on healthcare and state support for workers and companies such as the job retention scheme have combined with collapsing tax revenues to leave the chancellor no option.

Strikingly, it could be even worse.

Tax revenues have already started to creep up as we crawl back towards normal working and spending patterns.

This helps explain why, remarkable though the latest figures are, borrowing is still not as large as forecast by the independent Office for Budget Responsibility (OBR).

With the chancellor signalling the direct support phase of the pandemic is over, attention will turn to what he does to deal with the debt he authorised.

The end of the furlough scheme in October is in sight, which will reduce government commitments if the taps really are turned off.

That remains an open question, whatever the chancellor says publicly.

He is already under pressure to extend the support for sectors the government still does not allow to trade, such as parts of the entertainment industry, and for city centre economies hollowed out by the continued absence of workers.

And a second wave, currently dismissed as a European problem rather than a UK concern, might cause him to rewrite his plans yet again.

Mr Sunak has said “difficult decisions” would be required to restore the public finances.

That is both a statement of the obvious and a euphemism for the only options a chancellor can ever openly commit to: taxing more or spending less.

The prime minister has already appeared to rule out both at various points in his premiership, which is fine if you are concerned about remaining popular and in situ in Number 10 Downing Street, less so if you have to make the sums add up next door at Number 11.

Government departments are already on notice to prepare budget cuts ahead of a comprehensive spending review, signalling the chancellor prefers the easier of the two options.

But with the next phase of the virus still so uncertain any firm plans prepared now may prove as durable as that March budget, and cuts alone will not wipe away debt on this scale.

Tax rises may be inevitable, particularly as this government is already committed to a yet to be specified social care plan.

The only thing certain about that is it will require all of us to pay for it, one way or the other.

Borrowing does remain cheap, so whatever course the chancellor sets he may not have to embark on it for a year or two.

And there is always the optimistic thought that the UK economy might grow its way out of the mire, erasing the debt as it goes.

For that to happen Brexit will have to be more a speed bump than a barrier to recovery – a prospect that will require a deal, and a great deal of goodwill, to emerge from the ill-willed stasis in London and Brussels.

Having won praise for dishing out our money in the teeth of a crisis, Mr Sunak he will be glad he is one of the few in government with credit in the bank as he tries to claw it back.

Fri Aug 21 , 2020
Britain’s economy has rebounded strongly since July, according to two sets of important economic data released on Friday, suggesting that a sharp upswing in activity followed the second quarter’s coronavirus slump. Business activity growth stood at its strongest level in almost seven years in August, according to the latest purchasing […] 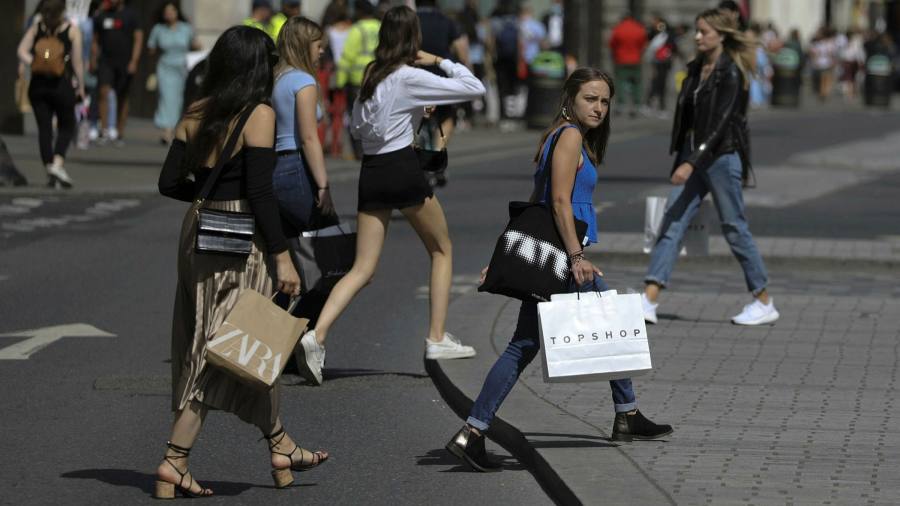