In the late 2000s, when former UK prime minister David Cameron was trying to rebrand the Conservative party, he promised to match the incumbent Labour party’s spending plans and “share the proceeds of growth”. Events, however, intervened and successive chancellors have been forced to share out losses instead. The shocks of the financial crisis, Brexit and now coronavirus have left the UK poorer than it would have been, and successive chancellors have had to find new ways to split the bill without angering the voters on which they depend.

Rishi Sunak, the current chancellor, will be no different. However, first he must hold the line and resist attempts to push the UK into a premature fiscal retrenchment. Cutting spending in the middle of the worst recession since the creation of the country would be a historic blunder and make Britain poorer in the long run through unnecessary unemployment and business failure.

Eventually the bill for the crisis-fighting measures will come due. Extending the maturity of debt and low interest rates mean there are no concerns about fiscal sustainability in the medium term but modern monetary theories cannot mask the fact that the productive capacity of the UK economy has shrunk and a higher rate of taxation will be necessary to sustain the same quality of public services.

Britain’s fiscal watchdog, the Office for Budget Responsibility, has warned that the long-term public finances are on an unsustainable path. While the assumptions used in their forecasts can be quibbled with — the economist John Maynard Keynes wrote that the state of interest rates in 20 years’ time was the kind of thing one could simply not know. The scenario of economic crises ratcheting up debt levels, while the government fails to reduce borrowing in good times is all too plausible. The watchdog estimates £60bn of tax rises are needed this time.

The hit from the 2008 financial crisis and the decade of meagre productivity growth that followed was distributed largely by cutting the welfare state and spending on public services, in particular to local authorities. Even before the coronavirus hit, many in Britain were prepared to pay higher taxes in order to boost spending on public services. The pandemic has only underlined the importance of investment in collective health and social insurance schemes. Many who have found themselves relying on the universal credit scheme of income support for the first time are surprised at how little they receive.

Taxation rather than cuts will have to do most of the work. The commissioning of a report into capital gains tax suggests the government has the right priorities: those with more will have to pay additional tax. However capital gains tax is probably not the right tool. While there is a case based on fairness for equalising tax on earnings from working and investing, research by the Treasury suggests raising the top rate above 28 per cent does not increase revenue. Taxes on sales, such as capital gains tax and the similar stamp duty, have the counterproductive effect of reducing sales.

Overall, taxes will have to rise by a few percentage points of national income, bringing the UK more into line with continental Europe. But as well as increasing rates, Mr Sunak should lay out a comprehensive package of reforms to change how the system works, simplifying some taxes and reducing the distortions from others. The Mirrlees review from 2011 provides an excellent starting point, as does the Dilnot report from the same year on how to fund social care provision. The blueprints for fixing the public finances are already drawn up. Mr Sunak should follow them.

Sun Jul 19 , 2020
An organisation representing asset managers including Aviva Investors, Columbia Threadneedle and Hermes has urged the UK government to commit to the EU’s green finance rules after Brexit or risk falling behind Europe on sustainable investing. The UK Sustainable Investment and Finance Association, whose asset manager, bank and financial adviser members […] 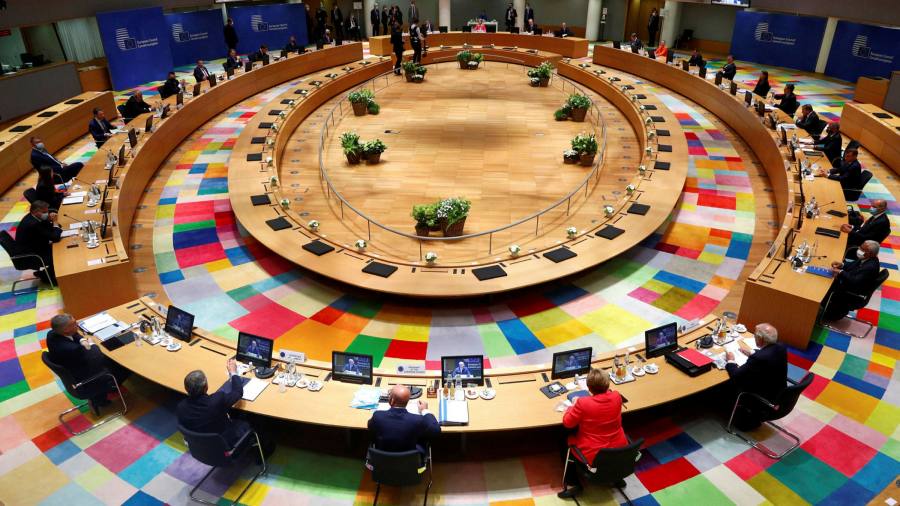