Sadiq Khan has accused the government of “making ordinary Londoners pay” for lockdown measures, as a rescue package for the capital’s transport network reignited a longstanding feud between the Labour mayor and his Conservative rivals.

The Department for Transport on Friday announced that Transport for London would receive a £1.6bn bailout to cover losses from the coronavirus lockdown, hours before the network said it would run out of money.

But London Mayor Sadiq Khan hit out at conditions attached to the funding, forcing TfL to increase fares and its congestion charge and hand central government greater control of its finances.

“I want to be completely honest and upfront with Londoners — this is not the deal I wanted,” Mr Khan said on Friday. “But it was the only deal the Government put on the table and I had no choice but to accept it to keep the Tubes and buses running.”

The row over support for TfL sparks long-running tensions between the UK’s Conservative government and City Hall, London’s Labour-led local authority. Conservative Shaun Bailey and Mr Khan will in 2021 run against each other in a postponed Mayoral election originally scheduled for this month.

In an announcement of the funding agreement, the DfT said Mr Khan had agreed to an “immediate and broad-ranging review” of TfL’s finances, with two central government representatives on the network’s board.

After a four-year fares freeze the Mayor also agreed to next year increase ticket prices by inflation plus 1 per cent across the network, and the congestion charge, for private vehicles travelling through the centre of the capital, will increase to £15 and extend its hours of operation.

Mr Khan said London was the “only major city in western Europe” without direct government funding for everyday services, and its reliance on fares had left it stranded in the lockdown.

“There simply isn’t enough money coming in,” he said.

Greater London Authority Conservatives, representing the party on the London Assembly, said Mr Khan was using the bailout to “hide his incompetent handling of TfL finances”.

“The conditions will also protect Londoners from Khan’s appalling leadership at TfL and help secure the long-term financial future of London’s public transport network,” he said.

Before the lockdown TfL had planned to clear its income deficit by 2022-23, but delays and overruns to the Crossrail project, the phasing out of central government support and a decline in passenger numbers had already forced Mr Khan to limit promises of a future fare freeze to buses.

With a monthly spend of £600m and a 90 per cent fall in income, lockdown has left TfL staring into a financial abyss. The authority’s finance committee this week forecast a £3.2bn hole in its emergency budget over the next year.

The authority would have to “negotiate a new funding model” with the government over the next month, he said.

Fri May 15 , 2020
WASHINGTON (Reuters) – The U.S. House of Representatives is set on Friday to debate and vote on a $3 trillion (2.46 trillion pounds) Democratic bill aimed at salving the heavy human and economic toll of the coronavirus pandemic that has caused almost 85,000 U.S. deaths and shut much of the […] 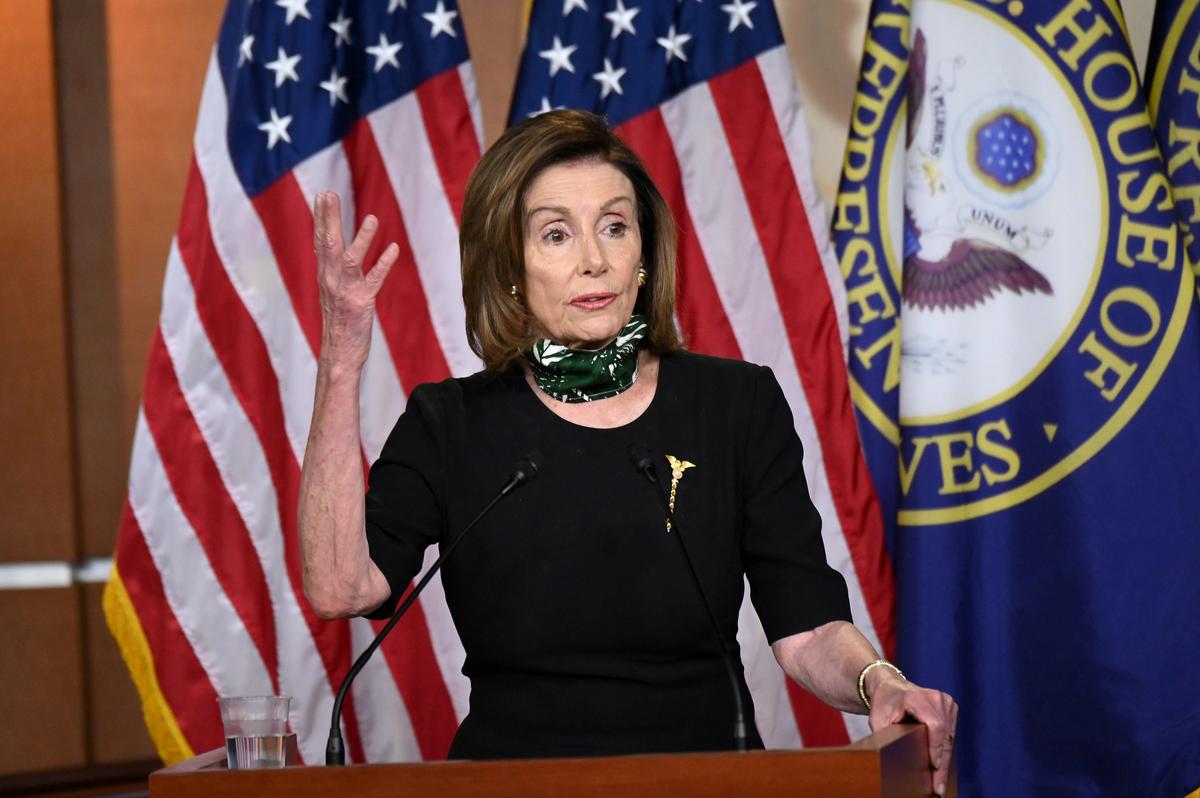