BANGKOK (Reuters) – Loss-making Thai Airways International Pcl (THAI.BK) must submit a rehabilitation plan by the end of the month if it wants the government to consider a rescue package, a senior official said on Tuesday.

FILE PHOTO: Thai Airways airplanes park at the tarmac of the Suvarnabhumi airport in Bangkok, as Thailand will temporarily ban all passenger flights from landing in the country to curb the outbreak of the coronavirus disease (COVID-19), Thailand, April 4, 2020. REUTERS/Athit Perawongmetha

Transport Minister Saksayam Chidchob set the deadline amid rising public sentiment against a state-backed loan for the national carrier, which was already facing financial trouble before the coronavirus outbreak, having reported losses since 2017.

“If (the plan) is not finished in May, then we cannot proceed,” Saksayam told reporters, adding that the proposal must address all of the 23 risk areas highlighted by the airline, and present a clear strategy for handling the new coronavirus, growing revenue, and managing expenses.

The carrier is seeking a 58.1 billion baht ($1.81 billion)loan, guaranteed by the Ministry of Finance, according to preliminary plans seen by Reuters and approved at the end of April by a state-enterprise committee, chaired by Prime Minister Prayuth Chan-ocha.

Thai Airways is now coordinating with the Transport Ministry’s policy office on the rehabilitation plan, Saksayam said without elaborating.

The airline, which booked losses of 12.04 billion baht in 2019, last week asked the Stock Exchange of Thailand to allow it to delay submission of its January-March financial statements until August, citing difficulty in gathering information due to the pandemic.

“Use the money to develop education, Thais will benefit. But use the money to rescue Thai Airways when people are suffering, what do Thai people get?” Tanawat said in a post, which was retweeted 8,100 times.

Thailand, which has reported a total of 3,017 cases of the coronavirus and 56 deaths, faces the loss of 10 million jobs as the outbreak drags on, with many people still waiting for government aid.

“The (Thai Airways) plan needs to be clear because the money is from public taxes … especially when the country needs to use budget for managing the virus and assisting the public,” the transport minister said.

Tue May 12 , 2020
FILE PHOTO: Women stand in front of closed and shuttered businesses during the outbreak of the coronavirus disease (COVID-19) in the Queens borough of New York City, New York, U.S., May 7, 2020. REUTERS/Shannon Stapleton/File Photo WASHINGTON (Reuters) – U.S. consumer prices dropped by the most since the Great Recession […] 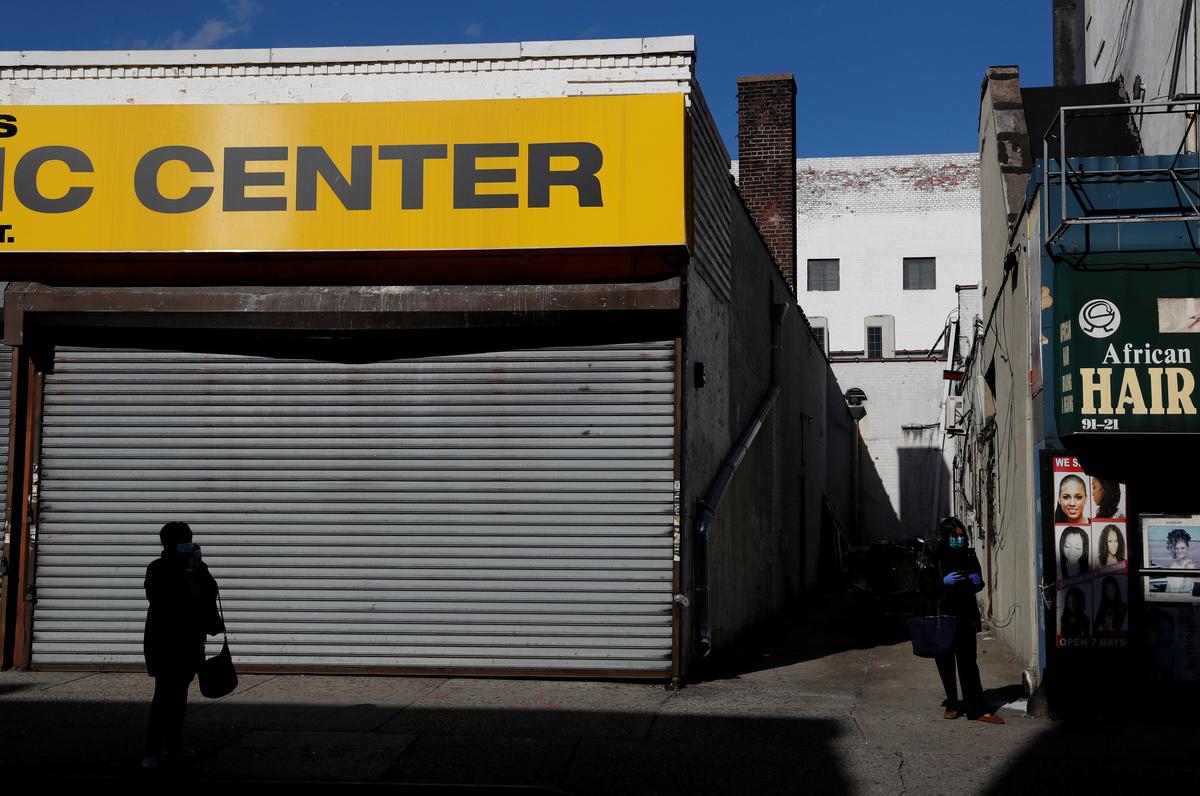