For the past three weeks, the Bank of England has abused the word “scenario”. Rather than a “what-if” planning exercise, it has used “scenario” to describe its best-guess predictions for Covid-19’s impact on the UK economy.

This is not a semantic complaint. By dressing up its V-shaped economic forecast as a scenario, the BoE has hindered the necessary work of real scenario planning for outcomes that might be significantly worse than hoped. Three ugly but plausible alternative economic scenarios spring to mind — all without imagining a second wave of infection.

A “Trump is right” scenario takes its inspiration from the growing number of economists, such as former US Federal Reserve governor Randall Kroszner, who say, “we have to face the hard reality we’re not going to have a V-shaped recovery”. What the Chicago Booth professor means is that the world has changed. Prolonged social distancing and working from home will render many jobs in hospitality and servicing city centre offices redundant and policy should seek to help people with a transition to a new economy rather than keep them attached to their old jobs.

In this scenario, European-style job-retention schemes are ultimately counter-productive, providing false hope to furloughed workers and companies on life support and preventing necessary adjustments. Better would have been the US emergency policy of generous unemployment support and rapid thinking about expanding schemes to write-off debts so the economy can recover faster.

A second plausible forecast is a “mass-savings” scenario. Households and companies might decide the pandemic taught them they had run their affairs without sufficient buffers for a crisis. If so, their response could be to save more and invest less, creating a stable but high unemployment economy. If the private sector will not spend and the result is mass joblessness, the right policy response would be huge Keynesian fiscal stimulus for as long as needed. The public sector would be the spender of last resort and should not worry about government deficits or debt. It would naturally be much better for the government to have projects of long-term value ready to invest in.

These two scenarios could easily co­incide, making life all the more difficult. In contrast, an “emergence of inflation” scenario would not happen alongside mass saving. The possibility, as Olivier Blanchard, former chief economist of the IMF has outlined, would arise from the combination of a very large increase in public debt, a rise in the underlying interest rate required for the private sector to absorb that debt and a desire on behalf of public authorities to avoid these additional interest costs. Central bank monetary financing would in these circumstances generate inflation.

The BoE is absorbing more public debt than the government is selling, allowing the private sector to reduce its holdings of gilts, a policy justified by the deep recession of the economy. The crunch here would come if absorbing debt is no longer needed to prevent inflation falling too far, but the government still needs to borrow heavily.

Asked what the BoE would do in those circumstances, governor Andrew Bailey last week told MPs the government would just have to find another way to finance itself rather than allowing inflation to rise. “It is not part of the objective of the Bank of England to make all gilt auctions succeed,” he said. That is easy to say; but it is not obvious that the BoE would or should follow through with the threat if the UK faces this choice.

Britain is not alone in potentially facing such difficult scenarios. It would be good for the Treasury and BoE to set an example in discussing what they would do if things got hard in the months ahead. Repeating that they have done the right thing at the right time is no substitute for effective scenario planning.

Thu May 28 , 2020
MADRID (Reuters) – The coronavirus crisis has halted a stellar recovery in Spain’s property market and left most sellers floundering, but major investors have stayed active and poised themselves to take advantage of faltering prices. FILE PHOTO: A woman wearing a face mask walks past a Don Piso real estate […] 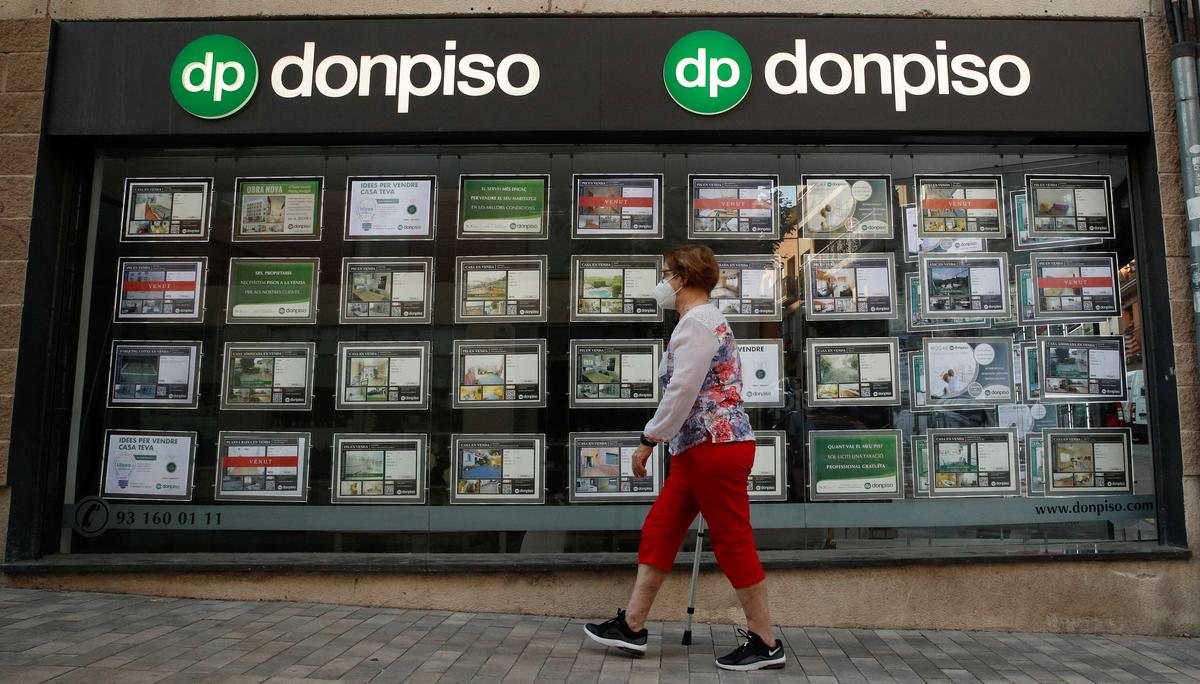