The writer is chairman of Fulcrum Asset Management

It is already obvious that the initial impact of the Covid-19 economic crisis will be strongly disinflationary. Prices have fallen sharply in sectors that have been most affected by the lockdowns, including restaurants, hotels, airlines and housing. Furthermore, the past week has seen an extraordinary dip into negative territory for oil prices, especially at the front end of energy markets.

Headline US inflation will, therefore, fall markedly below the Federal Reserve’s 2 per cent target, while the eurozone and Japan will record negative inflation in a matter of months. That, however, is far from the end of the story.

With activity dropping faster and deeper than for several centuries, a temporary decline of about 20-30 per cent in the level of real output in some advanced economies would not be surprising. Supply shortages might develop that could eventually cause inflation to rise. This becomes more likely if governments step in to support wages in the locked down sectors, so aggregate demand remains relatively high.

Although the parallels between the current situation and wartime economics can be overdone, there could be some echoes of the British policy debate about inflation that occurred in the early months of the second world war.

John Maynard Keynes wrote an extremely influential pamphlet in 1940, entitled “How to Pay for the War”. By then, he had of course become famous for insisting that expansionary fiscal policy should be used to end the deflation of the 1930s, regardless of the consequences for the public finances. But the war changed his opinion about appropriate macroeconomic policy.

The pamphlet argued that conscripting millions into the armed forces would restrict the supply of consumer goods, while military spending would greatly increase aggregate demand. This would inevitably create an excess demand or “shortage” economy.

Keynes warned that inflation would rise sharply unless the government acted quickly to increase direct taxation on upper earners (with 97.5 per cent marginal rates), and impose compulsory savings schemes on the bulk of the population. His restrictive tax and savings plans were implemented in the 1941 Budget. Along with rationing of most consumer staples, this Budget set the framework for inflation to remain fairly well controlled in the rest of the war.

Robert Skidelsky suggests that similar forces could be relevant again today. Labour lockdowns restrict the supply of workers to consumer industries, while government wage subsidies could help maintain aggregate demand for consumption. Meanwhile, the government may simultaneously try to shift workers permanently out of consumer sectors into health and other public services.

The scale, however, is very different. Military expenditure during the war boosted aggregate demand by almost 50 per cent of gross domestic product, an order of magnitude larger than any likely increase in public spending in coming years.

The relative behaviour of supply versus demand will be crucial in the 2020s. Bringing Keynesian theory up to date, this question has recently been addressed in an important paper by Veronica Guerrieri and others. They start with a simple model that treats the economy as if it has only one type of production. They establish that an adverse supply shock is likely to lead to a larger drop in supply than in demand. As Keynes argued, this is likely to raise inflation. But the authors make the model more relevant to current conditions by assuming that the economy consists of two different sectors, but only one is subject to supply lockdowns.

In such conditions, the absence of the consumer goods and services normally supplied by locked-down industries can lead to an overall drop in demand. Households set aside some of the money they cannot spend in the missing sectors. Deprived of the ability to visit restaurants, people do not buy extra motor cars instead. They save the difference, and total economic activity drops.

This does not necessarily establish that lockdowns must inevitably reduce demand more than supply in a pandemic economy, but it does establish that this result could occur, and also could persist for a long period.

In the end, incoming data will speak louder than the theory. Inflation is already headed sharply downwards and governments will clearly have to work very hard to turn that around.

US and Eurozone inflation to drop sharply as virus effects emerge

The initial impacts of the virus on the economy are expected to reduce US headline inflation to around 0.3 per cent in coming months:

The impact on eurozone inflation is expected be more severe, taking the headline rate slightly into negative territory almost immediately: 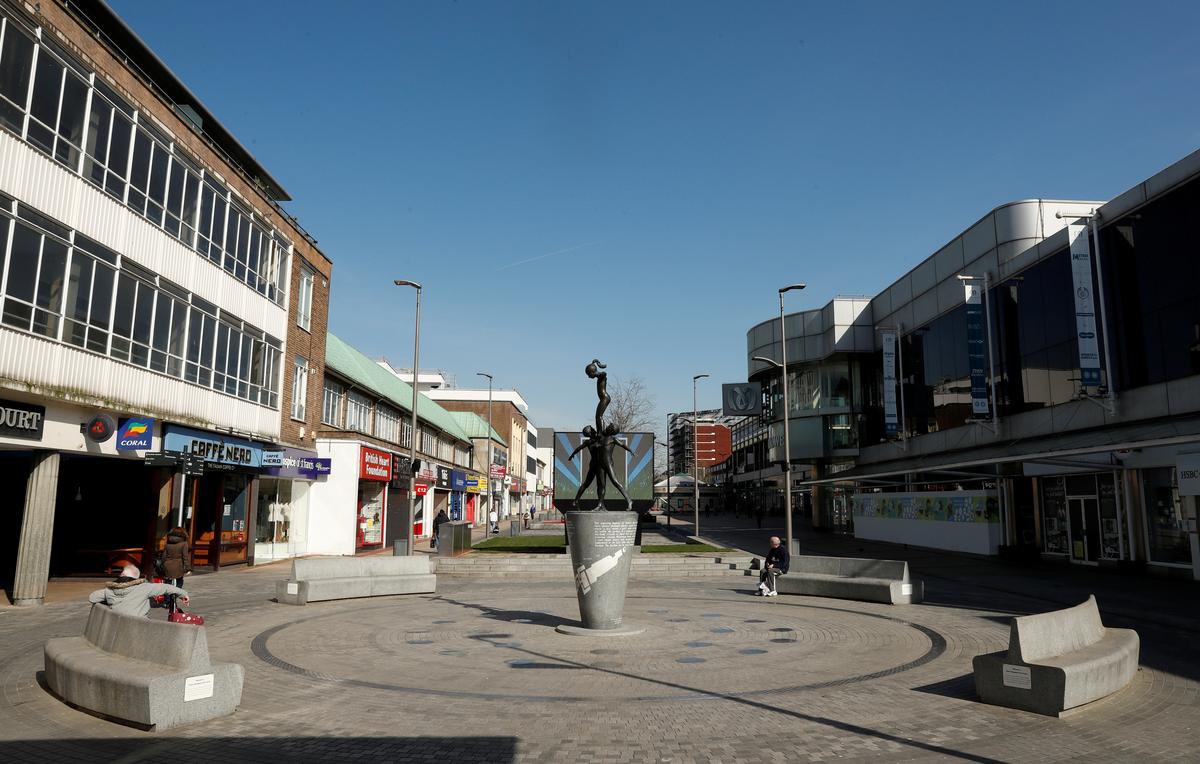