LONDON (Reuters) – Before the coronavirus, investors hungry for returns piled into risky corporate loans and bonds with precious little protection for creditors. Now they’re frantically scouring the terms to see just what firms can get away with to survive the fallout.

FILE PHOTO: A board at the New York Stock Exchange shows the state of the market as markets continue to react to the coronavirus disease (COVID-19) inside of the NYSE in New York, U.S., March 18, 2020. REUTERS/Lucas Jackson/File Photo

At the same time, firms starved of cash and funds thinking about lending to them are also poring over the fine print to see what room they have to shift assets away from other creditors, pay dividends or borrow more while staving off default.

With the coronavirus pandemic threatening to trigger a surge in corporate loan defaults, borrowers and investors in so-called covenant-lite loans and high-yield bonds with weak protection for creditors are taking stock fast.

“The number of questions have just skyrocketed since March 1. People are just poring over the documents,” said Charles Tricomi, head of leveraged loan research at Xtract Research in New York, which analyses debt covenants for investors.

Covenant-lite loans are a form of junk debt stripped of so-called maintenance covenants designed to warn investors of potential financial trouble ahead for the borrower.

Over the past decade, the leveraged loan market has trebled to about $1.4 trillion (1.12 trillion pounds). Whereas only 15% of loans in 2010 were deemed covenant-lite, now more than 80% lack clauses that might trigger warnings about a company’s finances or stop it stripping out assets, according to S&P Global Market Intelligence.

Covenants on European high-yield bonds have also became more than twice as permissive over the past decade, according to financial intelligence provider Reorg.

Tricomi said the main questions from investors spooked by the impact of the crisis on balance sheets were how much extra debt borrowers can raise, which assets can be moved out of their reach and what actually counts as collateral for their debt.

The Bank of International Settlements, the U.S. Federal Reserve and the International Monetary Fund, among others, have all warned about the deterioration in lending standards and with defaults set to spike to up to 10% according to Moody’s, buyers of covenant-lite debt may soon find out how risky it may be.

“The use of flexible covenants has not been tested in a stress environment,” said Lisa Gundy, senior covenant officer at the ratings agency. “What we potentially have is a market-wide test of how (issuers) react.”

The game changer for leveraged investors has been the gradual whittling away of the maintenance covenants that require borrowers to comply with periodic tests of debt to earnings ratios to remain compliant with lending agreements.

Michael Dakin, a partner at Clifford Chance, said it was like driving your car with the warning indicators for the oil, gas and engine all switched off.

“I can be cruising along down the road but if I’m not managing those things separately and any of them go, it’s a real catastrophic result,” he said.

Rob Mathews, a partner at Baker McKenzie, said the issue for investors in covenant-lite debt was that they might only find out about a company’s difficulties when there’s an actual default, or a request for an interest payment delay.

“The repercussion of that might be that by the time these defaults are identified, it’s too late to take proactive steps to fix things,” he said.

Another crucial change to debt agreements has been the modification of the definition of earnings before interest, taxes, depreciation and amortization, a metric underlying many of the tests borrowers much pass to avoid breaching agreements.

Many deals now allow firms to add one-off costs or projected earnings increases to their current earnings to make them appear healthier financially, potentially even staving off default.

Lawyers specialising in leveraged finance deals said corporate clients were now considering how they could use one-off cost add-backs due to the coronavirus crisis to mitigate the impact of the pandemic on their earnings.

“They have clear flexibility to do it in a number of deals we have looked at,” said Mathews at Baker McKenzie.

Another focus point for investors is debt capacity. While junk borrowers have typically drawn down credit lines first to raise liquidity, loose covenants also allow them to raise debt that pushes existing lenders further down the repayment queue.

Theme park operator Merlin Entertainments, which has had to close most of its venues during the health crisis, sold 500 million euros ($543 million)of bonds on Friday that subordinated owners of bonds it issued only in October with terms Moody’s has ranked as some of the loosest ever.

While creditors might normally resist being pushed further down the queue, they may feel they have to comply if there is no other way to keep a company afloat through the pandemic.

“If your alternative is for the company to go into liquidation, maybe you don’t mind being subordinated,” said David Newman, chief investment officer of global high-yield at Allianz Global Investors.

The risk for creditors is that if a company fails to survive the pandemic despite raising more cash, they’ll be further down the pecking order when it comes to trying to salvage anything.

Besides tweaking earnings and loading up on debt, some covenant-lite deals also give companies the leeway to strip collateral out of creditors’ reach. Some can then use revenues generated by the stripped asset to keep paying dividends, or use it as collateral again to raise more debt.

While bankers selling these deals often say the terms are unlikely to actually be used, there is precedent.

Take U.S. retailer J Crew. In 2017, it moved the intellectual property of its brand into a new company, stripping investors who had lent against the asset of their collateral.

It was so infamous that terms added to subsequent financing deals to avoid a repeat are now known as the “J Crew Blocker”.

J Crew did not respond to requests for comment.

One partner at a law firm in London, who asked not to be identified, said at least two clients have asked recently if they can strip assets away from creditors, just as J Crew did. In one case, the aim was to use the stripped asset as collateral to raise more money from a new investor.

Lawyers said it was too early to say how far companies and private equity firms might test the limits of how they can use loose covenants as the full impact of the pandemic was not yet clear. But they said the longer it lasts, the more aggressive they’re likely to be.

“There’s lots of money that is being written off right now, so there’s a huge reason for sponsors to try and pull out as much collateral as possible,” said Azhar Hussain, head of global credit at Royal London Asset Management.

Some bankers said investors hungry for high yields lapped up covenant-lite debt even though they had misgivings about the terms, allowing arrangers to push through deals ever more favourable for borrowers.

“We would engage with people on the basis of being serious and try to work around some of their issues. And then we became much more blasé,” said the head of syndication at a European bank who has arranged bond deals with weak covenants.

“When the rubber met the road in terms of the book-building and we were going gangbusters, they would come in anyway.”

GRAPHIC: Companies with bonds that carry the weakest covenants – here

Thu Apr 30 , 2020
BRUSSELS (Reuters) – The eurozone economy contracted at a record rate and by more than expected in the first three months of the year and inflation slowed sharply as much economic activity in March came to a halt because of the COVID-19 pandemic, data showed on Thursday. FILE PHOTO: A […] 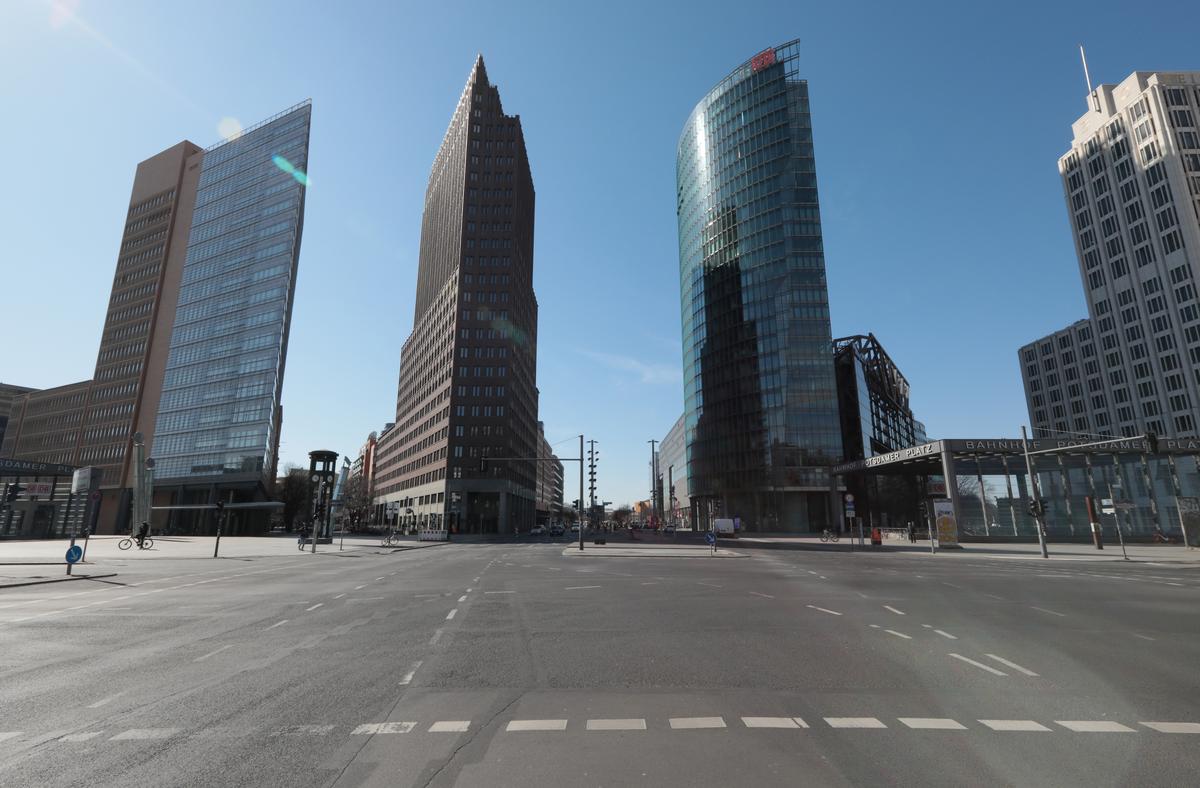