In messy divorces, recriminations all too easily give way to threats. So it is with one of the most complex divorces in modern history: Brexit. Britain’s preparations to override key elements of the withdrawal agreement it already signed with the EU are a dangerous act of brinkmanship. Whether they are a mere tactic to break the deadlock in talks on a future trade accord or a signal that the government is genuinely preparing for a “no deal” outcome remains unclear. Either way, the thinking is flawed. The government’s gambit threatens grave damage to the UK economy and its trust among international partners.

As the Financial Times revealed, Boris Johnson’s government will on Wednesday publish a bill that — combined with later legislation — could nullify the legal force of parts of the withdrawal deal, on issues including state aid and customs arrangements for Northern Ireland. Hardline Brexiters loathe requirements for the UK to notify Brussels of any subsidy decisions that would affect the province’s goods market, and for businesses in Northern Ireland to file customs papers when they send goods to mainland Britain. Such conditions, they say, make it impossible for the UK fully to reclaim sovereignty post-Brexit.

The government is adamant it is not reneging on the withdrawal agreement, but tying up “loose ends” and drawing the terms as tightly as possible. The reality — and the government’s motives — may become clearer once the legislation is published. Certainly, the gambit seems calculated to perpetuate the idea that bluster and bluff were key to unlocking the withdrawal agreement itself late last year. The hardball tactics may be aimed, as then, at providing cover for later backroom concessions by the government.

The tactics also reflect the reality that the more the scope of ambition of the trade deal the government intends to sign has shrunk, the easier it has become — in terms of optics — to walk away. Yet the tactics may be self-defeating. Every breezy hint from a London official that compliance with the UK’s commitments to the EU is somehow optional has made Brussels only more resolved to make them legally binding. Brandishing the “nuclear option” of failing to comply fully with the withdrawal deal risks triggering the collapse of the talks.

While the government may feel the economic damage of a no-deal Brexit is easier to “hide” in the midst of a global pandemic, any suggestion the harm might actually be lessened is a fallacy. A sudden rupture with the country’s biggest trading partner during its deepest recession for decades would magnify the harm of coronavirus. The stakes are especially high in Northern Ireland, where the dangers a return of a hard border with the south would pose to the Good Friday peace agreement were the reason the vexed special protocol on the province was needed.

In the hierarchy of destructive outcomes, however, one thing worse than a no-deal departure would be an exit without agreement in which Britain also calls into question its readiness to abide by treaties. That might not make it impossible for “Global Britain” to sign the trade agreements elsewhere that Brexiters have long trumpeted, but it would surely complicate the task.

It would also make it far trickier for the UK to seek to hold to account other countries — from Vladimir Putin’s Russia to Xi Jinping’s China — for failures to respect international law. Mr Johnson’s rhetoric on Brexit has always been airily Panglossian. He should not entertain an outcome that, far from being the best of all possible worlds, risks being the worst.

Mon Sep 7 , 2020
The UK recorded close to 3,000 coronavirus infections for the second day running on Monday as health secretary Matt Hancock warned “more affluent” young people were behind the increase and risked spreading the disease to older relatives. Official data showed 2,948 people had tested positive in the previous 24 hours, […] 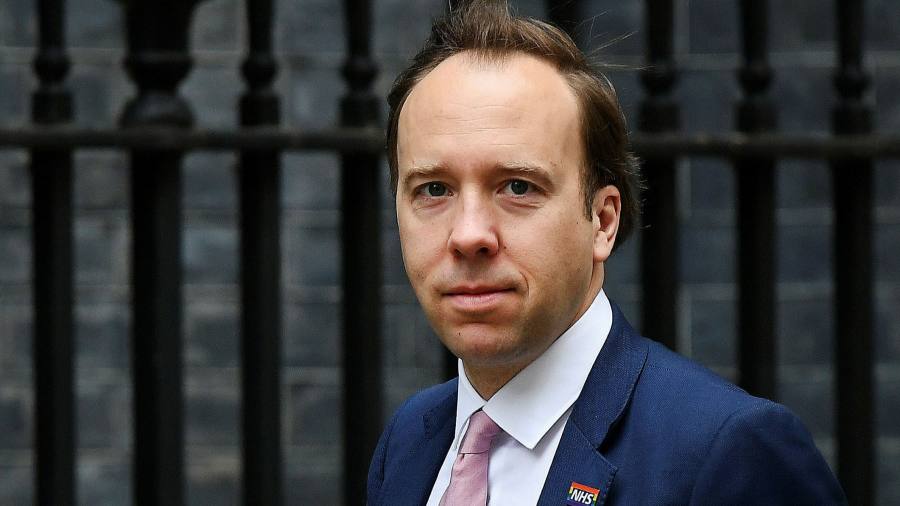