It is pointless trying to predict whether or not there will be a deal between the EU and the UK about their future relationship. The EU is an accomplished dealmaking machine, but with only two months to go and nothing concrete agreed, there is surely a non-trivial possibility of failure. […]

It is pointless trying to predict whether or not there will be a deal between the EU and the UK about their future relationship. The EU is an accomplished dealmaking machine, but with only two months to go and nothing concrete agreed, there is surely a non-trivial possibility of failure. The two sides are hopelessly stuck, and there is no sign of movement on either side.

It is safe to say, though, that any Brexit deal will not fail over fish. The really big issue is what the EU refers to as the level playing field. Within that category, the state aid regime is one of the toughest elements. The EU wants the UK to adopt a legal framework for competition policy that broadly mirrors its own. What the EU fears is a politicised state aid regime where a British government subsidises companies for opportunistic reasons, and thus undermines competition with EU companies. It is highly unlikely UK prime minister Boris Johnson could agree to this. Nor should he.

It is easy to calculate the costs of Brexit. It is harder to calculate the benefits, as they depend mostly on subsequent policy. Competition policy will be absolutely crucial. The EU fears the UK will start subsidising steel companies in Wales or carmakers in the Midlands, and then dump the lot on European markets. Or that the UK will undermine international labour standards or environmental rules. Nothing is impossible, but this misjudges what the UK is likely to do with a new competition policy framework.

To make the best out of Brexit, the UK will almost certainly need to step up industrial subsidies, but mostly in new high-tech industries. This is not mercantilist market share grabbing. The UK could, for example, supplement its strength in signal intelligence with strategic investments in high-tech military technologies. The UK is well placed, by European standards, in pharmaceutical research and the next generation of military and civilian artificial intelligence applications. Britain would be unwise to follow the EU’s framework for data protection — a nightmare for small businesses and an obstacle to any fledging AI industry.

A further consideration is the shift in the EU’s own competition policy regime away from a rules-based, law-enforcement approach to a politicised one. The EU is nowadays much more focused on protecting European interests against China and US tech companies. It is absolutely right to adopt a more discretionary policy, but it cannot deny the same right to the UK.

The critical issue is the changing nature of global trade. Much trade policy debate currently has a rear-view mirror perspective. It is all about widgets in containers. In the past, geography was the main determinant of trading relationships. But geography is irrelevant when you trade data. In the long run, technologies such as 3D printing will make existing industrial supply chains obsolete and reduce the volume of physical shipments. If the UK wants to make at least a limited success of Brexit, it should exploit the many high-tech opportunities the EU has missed and still misses. A well-managed Brexit means accepting short-term costs for long-term gain.

An agreement is highly desirable — if only as a framework for future co-operation. But it would be wrong to conclude a deal at all costs. I did not support Brexit myself. But starting from where we are today, I would prioritise exploiting the potential of Brexit rather than minimising its costs.

Unless EU leaders change the negotiating mandate, there is no hope for a deal. They have not yet wrapped their heads around the UK trade talks, having had to deal with the Covid-19 pandemic, the EU recovery fund and, more recently, tensions in the eastern Mediterranean and Belarus. They may not get around properly to the UK issue until October. If a deal happens, it will be last-minute, as always.

The EU’s rejection of the UK’s wish list for sweetheart deals for individual sectors is understandable. The EU is also right to insist on a clear framework for rules of origin. But its position on the level playing field is wrong-headed. The way to deal with anti-dumping issues in trade agreements is through the World Trade Organization or with binding arbitration. You ought not to seek to micromanage your trading partner’s competition policy, but to deal with the results.

There is too much focus in the debate on the costs of a no-deal exit for the UK. There would be a cost for the EU, too. The EU stands to lose one of its biggest export markets and its closest geostrategic ally. The costs of no-deal may be more evenly balanced than most people think.

Remote working becomes the norm across the City of London

Sun Aug 23 , 2020
Banks, asset managers, insurers and accountancy firms across London’s financial centre are setting out plans for staff to work from home more regularly, as emergency measures introduced during the pandemic turn into permanent lifestyle changes. Some big City employers such as NatWest Group and Standard Life Aberdeen have already announced […] 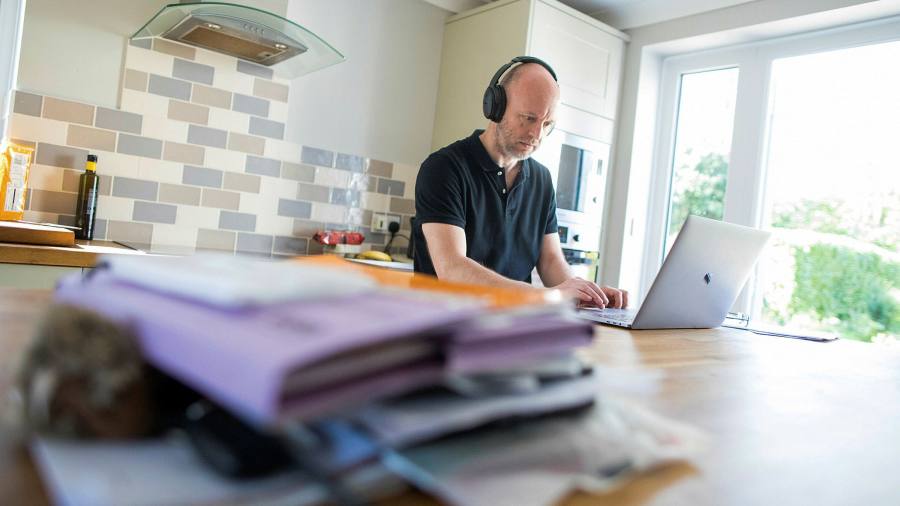