The writer is a former chief of MI6 The last six months have revealed more about China under President Xi Jinping than the previous six years. China is overplaying its hand and giving western leaders no option but to stand up to it. Combined with the tough US sanctions imposed […]

The writer is a former chief of MI6

The last six months have revealed more about China under President Xi Jinping than the previous six years. China is overplaying its hand and giving western leaders no option but to stand up to it. Combined with the tough US sanctions imposed on Chinese companies, Beijing’s actions have also shifted the parameters on Huawei’s potential involvement in British telecoms.

In January, I thought the UK had found a reasonable balance in limiting Huawei’s role in Britain’s 5G network, while not excluding it entirely. Huawei equipment was thoroughly checked by a testing facility under the control of UK intelligence services. Huawei’s use of reliable suppliers, such as the Taiwan Semiconductor Manufacturing Company, for crucial components also meant we could assure its supply chain.

The Trump administration’s motives for trying to destroy Huawei can be debated. But the latest US sanctions, at the end of June and last week, mean that reliable non-Chinese suppliers to Huawei can no longer work with the company. UK intelligence services can therefore no longer provide the needed assurances that Chinese-made equipment is still safe to use in the UK’s telecoms network.

There are now sound technical reasons for the UK to change January’s decision, which would have allowed Huawei to have an up to 35 per cent stake in the UK’s 5G market, and exclude the company instead. The security assessment is now different because the facts have changed. It helps Boris Johnson that its conclusion points in the same direction as the political pressure from Conservative members of parliament. Reportedly, a fresh decision on Huawei is expected in the next two weeks.

The interesting question is whether Mr Johnson’s decision to exclude Huawei from UK 5G will be justified purely on technical grounds, and leave Huawei itself to decide whether to go ahead with its planned £1bn Cambridgeshire facility. Or if Mr Johnson uses the moment to set out a comprehensive strategy that puts limits on Chinese investment in the UK.

I suspect the UK government — preoccupied by Covid-19, the deep economic recession and the Brexit negotiations — has no bandwidth to come up with a considered, new strategy. But its first response on Hong Kong, especially its open-door offer to almost 3m Hong Kong citizens, suggests there will be a sharper-edged approach.

It is important that all western democracies now unite in standing firm against China’s more aggressive approach. Beijing’s arrogant “wolf-warrior” diplomacy surrounding the Covid-19 outbreak might have been manageable on its own. But to that must be added a series of other recent actions.

These include sanctions on Australian products after Canberra proposed an independent investigation into coronavirus’s origins — an entirely reasonable suggestion; sinking Vietnamese fishing boats in the South China Sea, as Beijing builds up its military infrastructure in disputed waters; cross-border attacks against India — to intimidate New Delhi from working with the US, Japan and Australia on a common China approach, and to bolster Chinese interests in Pakistan; and, most recently, Hong Kong, where Beijing’s frustrations with persistent political dissent led it to impose a draconian national security law.

Beijing seems determined to bring Hong Kong to heel, and its two other restive regions, Xinjiang and Tibet. The signals to Taiwan are ominous. Beijing no longer has a middle of the road approach to reunifying the Chinese nation, given its abandonment of the “one country, two systems” concept in Hong Kong.

China learnt over the years that it could play western countries against one another. Even within the EU there was no attempt at solidarity when a country was put in the deep freeze for supporting human rights defenders in China or meeting the Dalai Lama. Differing approaches from the US and the EU encouraged Beijing further. But I think this is about to change. New leadership in the US would further help create a common front that includes Japan, South Korea and India, as well as the US, EU, UK, Canada and Australia.

We must be careful not to go so far as to turn China into an enemy. We need its engagement on crucial issues such as managing climate change and regulating international trade.

But China’s leaders should also understand that they will pay a price if they try to impose their system and standards on other countries, be that through the Belt and Road Initiative, by manipulating economic leverage for political ends, or by more forceful military or intelligence actions. Only unity among China’s main economic partners will achieve that.

Sun Jul 5 , 2020
Households across the world have been saving up since the coronavirus pandemic hit the global economy, but their cash stash poses a dilemma for policymakers as they try to gauge the amount of stimulus needed to fuel a return to growth. It is not clear whether the money represents pent-up […] 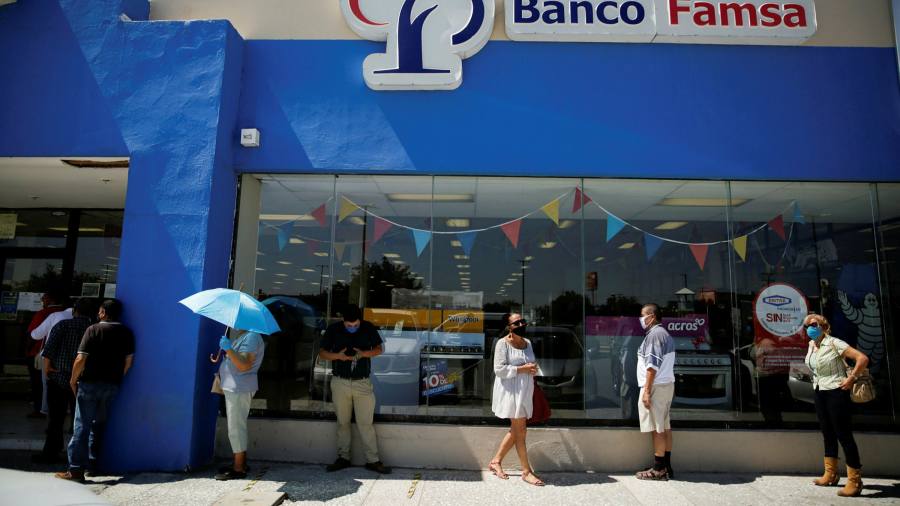