The UK’s Serious Fraud Office has charged three former executives of the prison and security company G4S with defrauding taxpayers following a long-running investigation into a scandal over its electronic tagging of offenders.

The decision to prosecute the employees comes despite G4S reaching a settlement with the SFO this year that means the company will not face criminal charges as long as it meets conditions to improve its corporate governance.

Richard Morris, Mark Preston and James Jardine — former executives in G4S’s care and justice business — have each been charged with seven offences of fraud in connection to false representations made to the Ministry of Justice between 2009 and 2012. They are due to appear in Southwark Crown Court on October 6.

Ross Dixon, partner at Hickman & Rose solicitors who represents Mr Morris, said his client “refutes these allegations in the strongest possible terms. He will robustly contest the charges and is confident he will be cleared of any wrongdoing.”

Mr Preston and Mr Jardine could not be reached for comment in time for publication.

G4S is one of the UK’s biggest outsourcing companies, with about 500,000 staff and global revenues of about £3.5bn. It recently won a deal to operate a new £252m prison at Wellingborough in Northamptonshire despite a decision last year to strip it of a contract to manage Birmingham prison seven years early after inspectors found it “exceptionally violent”.

G4S and rival Serco have been under investigation since 2013 over their contracts to run electronic tagging services for offenders for the justice ministry. The announcement of the inquiry plunged both companies into financial crisis and sparked a debate about the UK government’s use of outsourcing on crucial public services.

In July, G4S agreed to pay a £44m fine to settle allegations regarding its prisoner tagging contract between 2011 and 2013, in which the true extent of its profits were misrepresented.

Serco agreed to pay a £19.2m fine last year, six years after repaying £68m to the justice ministry. Two of Serco’s former employees have also been charged with fraud and are due to face trial.

G4S originally filed a projected profit margin of 8.3 per cent for the life of the prisoner tagging project but its true margin was estimated to be 17.9 per cent, the SFO found.

G4S had promised to give half of any unexpected cost savings to the government but in fact submitted higher costs, netting the company about £70m. It said about £42m of that was reported incorrectly rather than dishonestly.

The group also paid compensation of £121m to the justice ministry as part of a civil settlement agreed in 2014.

G4S said on Tuesday that the company had “settled this matter with the customer via a full commercial settlement and agreed a DPA with the SFO. It is not appropriate for us to comment on the individual cases.”

In both the Serco and G4S cases the SFO agreed to deferred prosecution arrangements, which allow a company to have a prosecution suspended in return for meeting specified conditions, such as paying a fine or demonstrating that its culture has changed. Critics say DPAs allow companies to buy their way out of convictions.

Had G4S or Serco been prosecuted, it would have made it more difficult for the companies to win government contracts, including a £1bn deal to provide housing for asylum seekers that was awarded to Serco in January. G4S has won work during the Covid-19 crisis providing security at four of the emergency Nightingale hospitals and 15 drive-in test centres.

Under EU law, companies cannot be awarded government contracts if they have been criminally convicted.

Government contractors have come under pressure from a series of botched contracts, with analysis by the think-tank Reform showing that there were 52 formal investigations into the outsourcing of public services between 2016 and 2019.

Return to UK offices accelerates despite fears over coronavirus surge

Tue Sep 8 , 2020
Workers have started to return to offices and workplaces in greater numbers across the UK despite fears over the recent surge in coronavirus cases. With the majority of schools reopening in the last week, company bosses have said they are seeing more workers come back to the office, with public […] 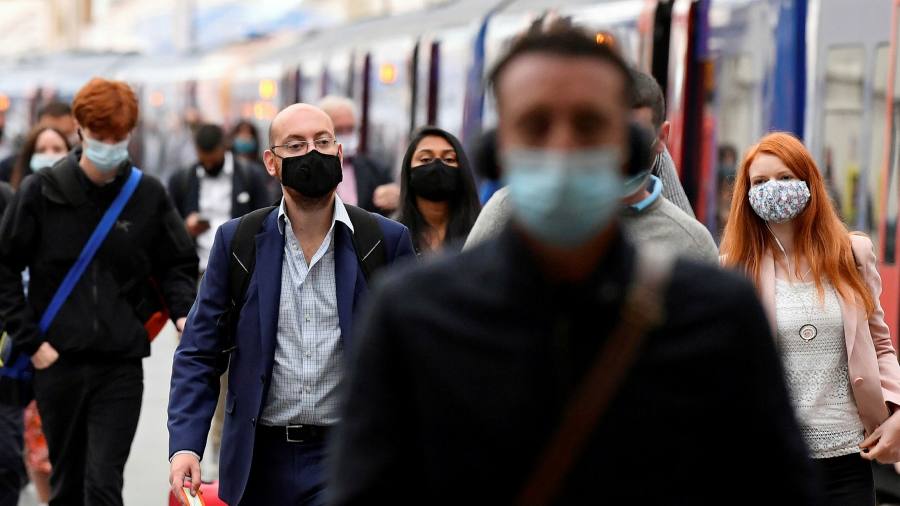