COVID-19 has produced some very clear winners and losers in the corporate world.

Food retailers have emerged from the pandemic with greater respect from customers for the way their supply chains have held up – while their employees are striding out with a greater sense of purpose after the value of what they do has been more widely appreciated.

On the downside, due to the social distancing protocols introduced around the world, companies in the leisure, entertainment, hospitality and aviation sectors are fighting for their lives.

Today another sector can be added to the group of winners – tobacco.

Anecdotal evidence from around the world has been that, as stress levels have increased due to lockdown, smokers have been partaking more in the habit.

Today, one of the world’s biggest players in the sector provided hard details, reporting an increase in tobacco consumption.

Imperial Brands, the UK’s market leader in cigarettes and owner of brands such as Lambert & Butler, Richmond and John Player Special, said its tobacco business had continued to perform well despite an uncertain trading environment.

It added: “We have experienced some COVID-related changes in consumer behaviour with increased overall demand against our expectations, as consumers appear to have allocated more of their spend to tobacco, as well as some demand shifts between different markets and channels.

“This has resulted in better than expected volumes, driven by improved volume trends in several key European markets and in the US.

“These positive trends have helped to offset relatively weaker market volumes in the duty free channel and in some traditional summer tourist destinations, where reduced travel has impacted demand.

“Overall, we expect tobacco net revenue to increase by around 1% at constant currency.”

The news comes after many years during which Bristol-based Imps – whose other brands include Golden Virginia rolling tobacco and Rizla cigarette paper – and its established competitors have seen a slow, gradual drop in tobacco consumption in established markets such as Europe and the US.

It backs anecdotal evidence from a number of countries, including the United States, Ireland, Poland, Australia and Singapore, that stress related to the pandemic has led to an increase in smoking.

Some local authorities in the UK, such as Kent County Council, have also noted an increase in smoking.

Action on Smoking & Health (ASH), the anti-smoking charity, has also flagged its concern that local authorities may be spending less on programmes aimed at helping smokers kick the habit.

Yet it may not be as straightforward a situation as the Imps update implies.


Lockdown weighs on families and businesses

British American Tobacco, the world’s second biggest tobacco company, said in June that its sales in some emerging markets had been hit by the pandemic as strict lockdowns affected the ability of some smokers to get out to the shops.

And all the major tobacco companies have been hit by the decline in international air travel and the accompanying drop off in sales of their products at duty free outlets.

Meanwhile, because Imperial’s product portfolio contains more ‘economy’ brands such as Regal and Lambert & Butler, it may have benefited from any so-called down-trading by consumers from premium to cheaper brands if they are worried about their income.

This is something currently being hotly debated in the industry.

BAT has insisted that it has seen little evidence of down-trading to date but Imps has said for some months now that the phenomenon is clearly happening in markets such as Australia.

One theory is that, with consumers smoking on their own at home rather than with friends on an evening out, they are less particular about the brand that they are seen to be smoking.

“Its lower price products seem to be appealing to consumers during the pandemic.

“The group may be benefitting from its lower exposure to premium products, but management also indicates that smokers have simply been spending more on their habit.”

Not that the pandemic has been all good news for Imps.

The company has spent much money and time during recent years trying to build a position in ‘next generation products’, chiefly Blu, its vaping product and Pulze, its heated tobacco product.

But it admitted today that recent trading in these products, thanks partly to a “significant” reduction in investment, had been “disappointing”.

It said net revenues from next generation products would be down by “around 30%” on last year.

Some of this may be partly due to the Trump administration’s declaration of war on vaping a year ago but, given the strength that the likes of BAT have seen in these product categories, it may be more specific to Imps.

Recognising this, the new chief executive Stefan Bomhard – who joined the company three months ago from the international motor dealer Inchcape – has turned to an industry outsider to pep up performance.

Murray McGowan, who has been appointed group strategy and transformation director, is a former consultant at McKinsey and was until 2017 the UK managing director of Costa Coffee.

He was one of a trio of new hires announced today.

Alicia Forry, of broker Investec, said: “It is encouraging to see that Mr Bomhard has brought in external talent to the executive committee.

“The new strategy and transformation director, Murray McGowan, the new chief people and culture officer, Alison Clarke, and the new manufacturing and supply chain director, Javier Huerta, have all come from well-known companies outside of tobacco.

“It is a positive sign that Mr Bomhard is able to attract solid talent into Imperial Brands.”

The bigger questions for investors are these.

Firstly, whether Imps can maintain the momentum in its traditional tobacco products as economies return to normality after COVID and secondly, whether it will be able to turn around its lacklustre performance in next generation products.

The share price, down 27% since the beginning of the year, tells you there is a fair bit of scepticism.

Thu Oct 8 , 2020
A retreat from apprenticeships since lockdown measures were introduced in March is likely to be made worse without further government support, according to the body representing training providers. Apprenticeship starts in England were 46 per cent lower between March 23 and 31 July than the same period a year earlier, […] 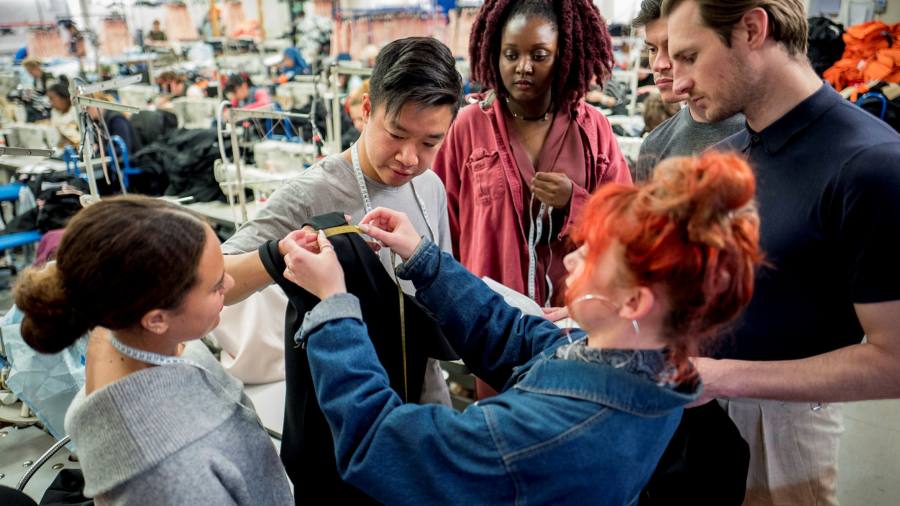