BRUSSELS (Reuters) – The European Union’s top court said on Friday it alone has the power to decide whether EU bodies are breaching the bloc’s rules, in a rebuke to Germany’s highest court, which this week rejected its judgment approving the ECB’s trillion-euro bond purchases.

Germany’s Constitutional Court ruled that the ECB had overstepped its mandate with bond purchases and that the Bundesbank must quit the scheme within three months unless the ECB can prove its necessity.

The Court of Justice of the European Union (CJEU) gave the green light in 2018 to the ECB scheme, which kept the euro zone in one piece after its debt crisis but which critics argue has flooded markets with cheap money and encouraged over-spending by some governments.

The CJEU did not comment specifically on the German ruling but reiterated that it was the bloc’s judicial authority.

“In order to ensure that EU law is applied uniformly, the Court of Justice alone – which was created for that purpose by the member states – has jurisdiction to rule that an act of an EU institution is contrary to EU law,” the court said in a statement.

It said divergences between national courts on the validity of such acts would jeopardise the unity of the EU legal order and even give some EU countries an advantage over others.

“Like other authorities of the member states, national courts are required to ensure that EU law takes full effect. That is the only way of ensuring the equality of member states in the Union they created,” the CJEU said.

Asked if the matter could lead to a legal case against Germany, the bloc’s executive European Commission said on Friday it was still analysing the German ruling.

EU Commissioner for Economic and Financial Affairs Paolo Gentiloni said separately on Friday that he did not think the ruling would weigh on the euro zone’s monetary policy, stressing the independence of the ECB.

The German court’s challenge to the CJEU could set a precedent for its peers in other EU countries, said Miguel Poiares Maduro, a professor at the European University Institute in Florence, and a former CJEU adviser.

The Luxembourg-based CJEU was set up in 1952 to ensure that EU countries comply with the bloc’s laws.

Fri May 8 , 2020
Toyota will restart its UK engine plant next week, becoming the latest carmaker in Britain to reopen manufacturing operations after the shutdown. Staff at the Japanese carmaker will return to the Deeside engine plant in North Wales from Monday to prepare for production commencing on Wednesday. The site ships engines […] 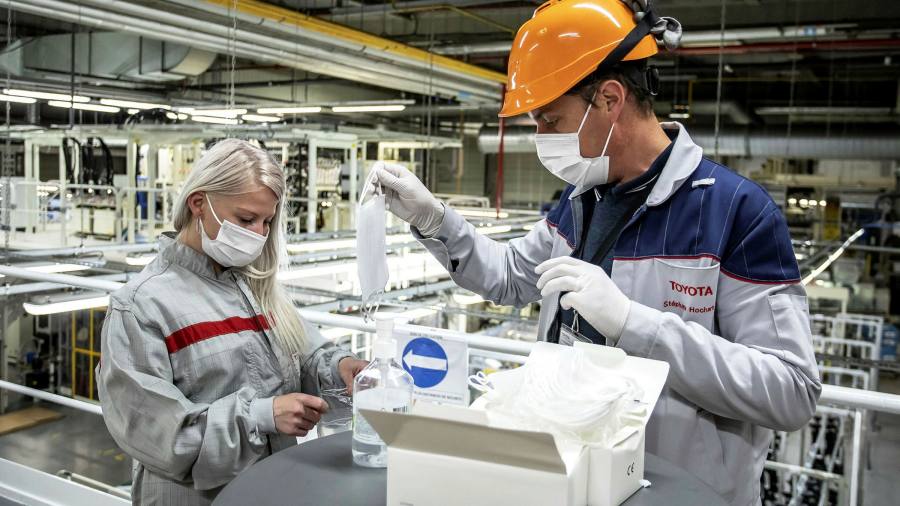