PARIS (Reuters) – French energy major Total (TOTF.PA) said on Sunday that 14 workers including two of its staff have tested positive for the new coronavirus at its sites in Congo Republic, but output at the 190,000 barrels per day operations have not been affected.

Total said it activated its pandemic plan after the first case to ensure the continuity of its activity and was postponing non-routine operations, so as to limit the number of workers strictly limited to maintaining its production.

“Contact subjects are systematically identified and placed in isolation for observation. In addition, the sites are disinfected regularly and a medical visit takes place every day for all staff,” Total said in a statement to Reuters.

A document by Total Congo operations dated April 21 seen by Reuters, said that on the first sign of symptoms during the daily onsite medical visits, the suspect cases are taken onshore and put in quarantine for 14 days and declared to Congo authorities.

One of Total’s major projects in Congo, the Moho deep offshore project which began production in 2017, accounts for around 60% of Congo’s oil output.

Congo officials were not immediately available to comment. The country’s economy is expected to contract 9% in 2020 due to the coronavirus epidemic and a collapse in oil prices.

Reporting by Bate Felix and Joe Bavier in Johannesburg; Editing by Sudip Kar-Gupta

Sun Apr 26 , 2020
O’Neills Sportswear weathered decades of violence in Northern Ireland’s Troubles and numerous recessions since it was founded more than 100 years ago without ever laying off staff. But all that suddenly changed when coronavirus struck last month, forcing the company to axe 750 workers as the lockdown hit. Then the […] 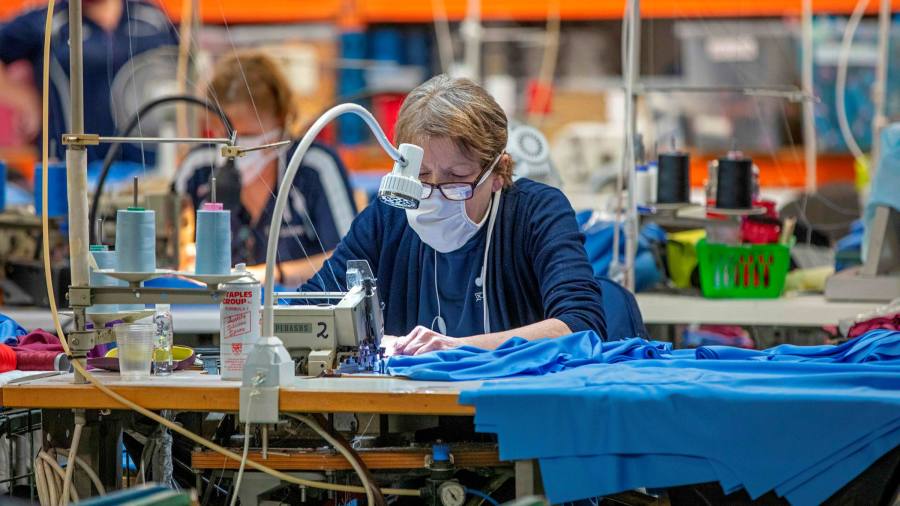