WASHINGTON (Reuters) – When the U.S. Department of Justice charged a handful of JP Morgan Chase & Co (JPM.N) traders in 2018 and 2019 with alleged commodities futures manipulation, it wasn’t the first time the government had probed the bank’s metals trading activities.

The Commodity Futures Trading Commission (CFTC) investigated the same business as part of a similar probe of the silver market years earlier, but it was not able to build a case with the data it had at the time, according to U.S. court filings and a person with knowledge of the aborted probe.

Since then, leaps in the agencies’ data analysis capabilities have enabled them to detect and prosecute increasingly sophisticated forms of manipulation in the commodities futures markets which for decades have gone under-surveilled, according to ten officials and industry experts.

The Justice Department fraud division is beefing up with the creation of a sub-unit specializing in combating commodities fraud overseen by Avi Perry, a trial attorney who has prosecuted high-profile cases involving trading powerhouse Tower Research Capital, Merrill Lynch Commodities Inc, and the ongoing JPMorgan probe, according to two sources

The unit is also hiring a handful of additional trial attorneys, according to the sources and online job postings. A Justice Department spokesman said the agency intends to fill the positions “promptly”.

The unit is part of a broader Justice Department initiative to dramatically expand the scope of market manipulation the agency targets for criminal prosecutions, beyond traditional insider trading and futures manipulation into a range of asset classes, sources told Reuters.

The effort, if successful, raises the stakes for traders with potential jail-time, while banks, brokers and prop trading firms could face chunky fines and business curbs as the agency gets better at detecting potential misconduct across institutions.

The new-found expertise may also give the agencies an edge as they scrutinize extreme market volatility sparked by the novel coronavirus disruption, including last month’s historic oil price crash. The CFTC is reviewing how the U.S. crude oil benchmark fell below $0 a barrel for the first time ever.

“There is just a wealth of information there, which is going to give us years and years of cases to come, I would expect,” Robert Zink, chief of the Justice Department’s fraud section, a unit of the agency’s criminal division, said of the data in an interview.

The Justice Department’s commodities crackdown has recently targeted “spoofing,” whereby futures traders falsely create the impression of strong demand or supply and then capitalize upon the market reaction.

Congress identified spoofing as market manipulation following the 2008 financial crisis. But it wasn’t until years later, when Zink joined the team investigating the 2010 “Flash Crash” which briefly wiped nearly $1 trillion off U.S. stock markets, that the fraud division learned how widespread the practice was and decided to go after it.

As seasoned prosecutors of healthcare fraud, the team believed they could apply the tools they had used to build those cases to the futures markets. That project began as an experiment in combing government data to sniff out suspicious patterns, such as doctors repeatedly overbilling hours, and has led the agency to bring charges against over 4,200 defendants, Justice Department data show.

“The idea was: let’s mine this data source to see who the worst actors are. Let’s not wait for walk-ins or whistleblowers and the like to make our own cases,” said Zink.

Around 2017, the fraud unit began developing those tools to spot known suspicious trading patterns and learn new ones by scanning a range of exchange data on bids and offers and trades, he said.

That led the agency to charge about more than a dozen current and former traders at banks including Deutsche Bank (DBKGn.DE), UBS UBSAG.UL and Bank of Nova Scotia (BNS.TO) from 2017 to 2019.

To be sure, proving criminal charges is tough and the Justice Department has had setbacks convincing juries with reams of data that traders intended to manipulate the market when cancelling orders.

“Juries don’t understand the data and in a trial they hear competing narratives from experts, and the burden of proof is high. The government has an uphill battle when they only have pattern evidence,” said Clifford Histed, an attorney with K&L Gates.

Still, lawyers say the threat of criminal prosecution is a strong deterrence which has surfaced witnesses who can help the agencies refine their data tools and build other cases.

For example, Navinder Sarao, who pleaded guilty to spoofing trades that helped cause the “Flash Crash,” gave the agencies extensive information on such tactics.

“We could identify a pattern that led us down a road to potential criminality, and then we could close alternative avenues for explanation through cooperation,” Zink said of Sarao.

As part of its initiative, the Justice Department has increasingly worked in parallel with the CFTC, a civil agency, which over the past three years has gathered more detailed daily trading data from the exchanges it supervises, officials said.

The CFTC brought a record 16 parallel enforcement actions with criminal authorities in its fiscal 2019.

CFTC director of enforcement James McDonald declined to comment on potential probes of recent market volatility, but said the data expertise put the agency on a stronger footing than following the previous financial crisis.

“As we bring more cases in these areas and as our surveillance efforts (and companies’) improve, we should expect spoofing strategies to continue to evolve in an effort to evade detection,” McDonald said. “Our job is to keep pace with this evolution.”

Most recently, the CFTC has detected traders placing bogus orders and genuine orders on the same side of the market and then abruptly canceling the spoof orders to create the impression of a major change in buying or selling interest.

A representative for Hard Eight did not respond to a request for comment.

The Justice Department’s JPMorgan probe highlights the risks for companies as the agency scans for a broader range of misconduct. It has charged six JPMorgan traders for manipulating metals futures between 2008 and 2016. Authorities recently began probing “similar” practices in its treasuries business, according to company filings.

Brian Benczkowski, assistant attorney general for the Justice Department’s criminal division, declined to comment on specific probes, but said that the agency’s software could lead it to widen investigations where it initially appeared a handful of traders were breaking the rules.

“The more widespread the behavior the more likely [we are] to proceed against the institution and seek a criminal resolution.”

Argentina looks to rewrite history as default No. 9 looms 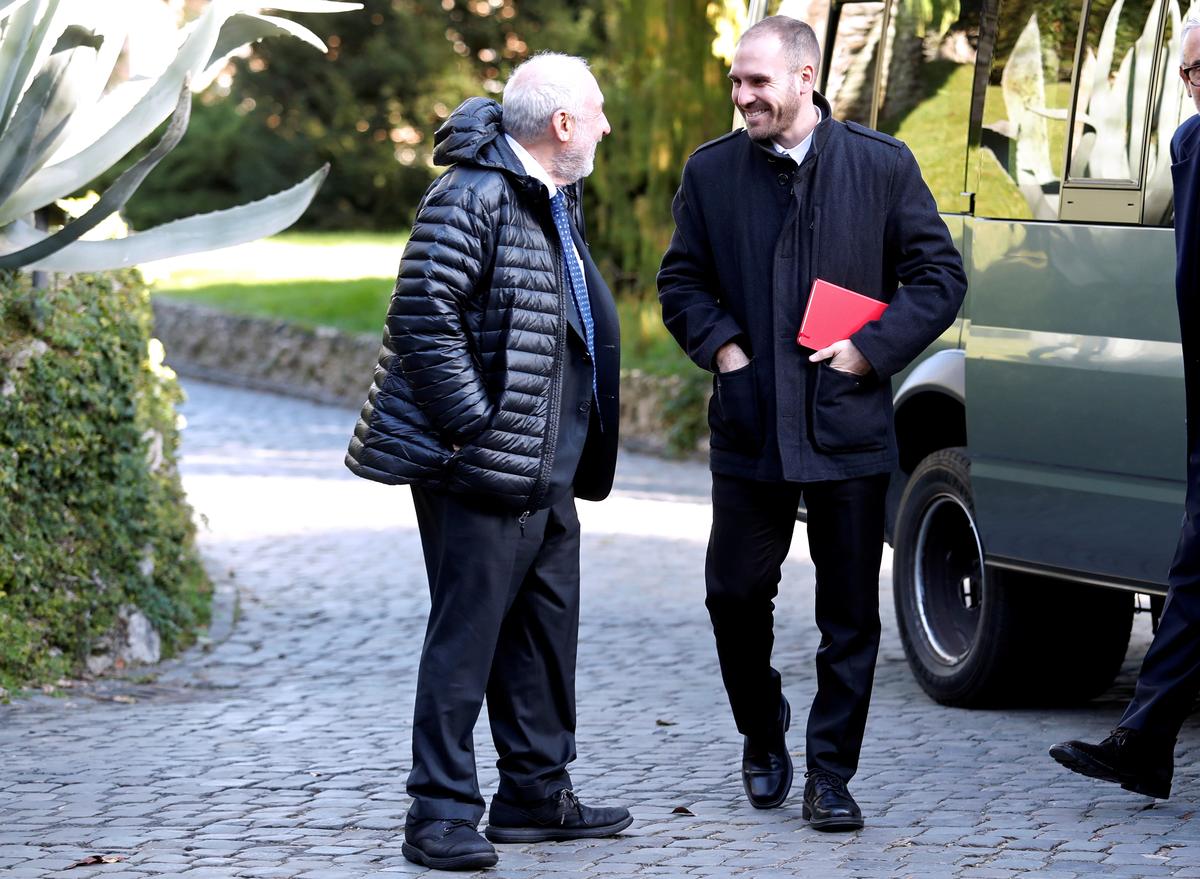