Operators in the UK travel industry have called on the government to end its “stop-start” strategy of quarantining countries with rising coronavirus rates after the announcement on Thursday that Portugal is now safe to visit but Croatia is not. “There is a ridiculousness to [these changes to travel advice] because holiday […]

Operators in the UK travel industry have called on the government to end its “stop-start” strategy of quarantining countries with rising coronavirus rates after the announcement on Thursday that Portugal is now safe to visit but Croatia is not.

“There is a ridiculousness to [these changes to travel advice] because holiday operators can’t stop-start at the rate that the government can,” said Simon Cooper, chief executive of online travel company On The Beach.

“Consumers are having to change their decisions each week based on this quarantine league table which is short-termist,” said Paul Charles, whose PC Agency advises more than 30 companies.

Each week, the UK government has been revising its travel advice according to changes in the number of coronavirus infections in different countries. Regions that have more than 20 new cases per 100,000 people on a rolling seven-day total are considered at risk.

Travellers are given less than two days to return from the affected countries, after which they are expected to quarantine for 14 days on arrival into the UK.

Grant Shapps, transport secretary, announced on Thursday that Portugal had been added to a list of countries exempt from the quarantine rules but that Croatia had been removed after a spike in coronavirus cases there. The restrictions will also apply to anyone returning from Trinidad and Tobago and Austria.

From 4am on Saturday, people returning from the three countries will need to enter 14 days’ self-isolation, requiring them to remain at home, with even local walks prohibited. France was added to the list last week, prompting a mass exodus of holidaymakers.

“Data shows we need to remove Croatia, Austria and Trinidad & Tobago from our list of #coronavirus Travel Corridors to keep infection rates DOWN,” Mr Shapps said on Twitter.

The Association of British Travel Agents welcomed the news that travellers to Portugal, which was declared unsafe for travel last month, would not have to undergo isolation.

“Portugal is a much bigger destination for the industry than Croatia or Trinidad and Tobago,” it said.

Portugal is the sixth most popular destination for British holidaymakers, attracting almost 3m visitors each year, particularly to the popular Algarve coast. In contrast the number for Croatia is in the hundreds of thousands, the association added.

Portugal basks in an unusual amount of sun during the autumn and winter months, which means it remains a popular destination later in the year.

Mr Charles said its addition to the list of safe countries could provoke a boost in late bookings for the August bank holiday.

Despite this, he said the overall quarantine system had to be changed. “We need a proper strategy of airport testing and wider testing of people coming into the country”.

Mr Cooper warned that even if the government removed travel restrictions from countries such as Spain, where it is currently in place, many hotels would have suffered so much from the loss of trade that they would not be able to reopen.

Thu Aug 20 , 2020
Seaside towns appear to have been some of the biggest beneficiaries of UK government measures to stimulate activity in high streets and restaurants, according to research by a public policy institute. Bournemouth and Southend experienced the largest increase in visitor numbers during the first weeks of the “eat out to […] 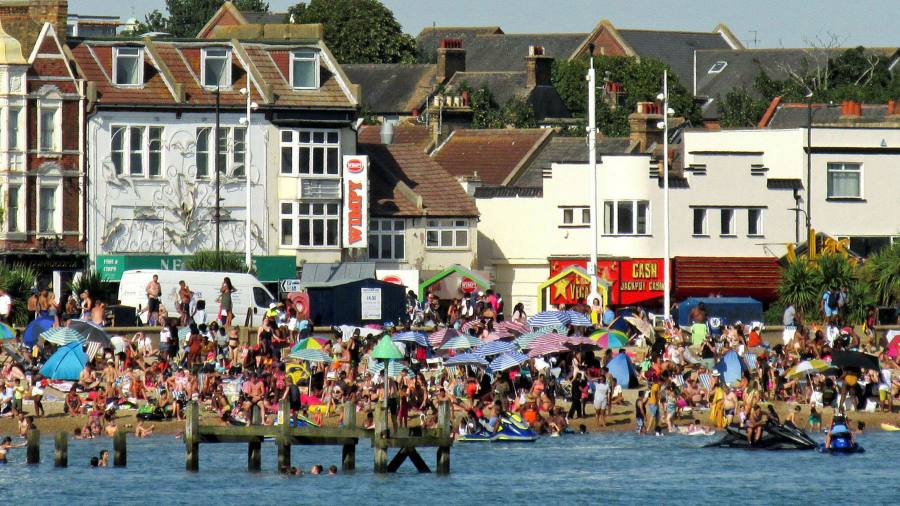