The Treasury is preparing to put more money into supporting the UK’s fastest growing start-ups if needed after demand from cash-strapped businesses easily outpaced the initial £250m allocation for the government-backed Future Fund.

The first tranche of funding has been approved for start-ups under the coronavirus support scheme, which is expected to lead to the government taking stakes in hundreds of start-ups though convertible loans that will turn into equity if not repaid.

So far, 53 companies have been approved for Future Fund convertible loans valued at £55.9m, according to the British Business Bank, which is administering the scheme. This has been matched by at least the same amount from third-party investors, a requirement for start-ups to secure financing from the fund.

This is just a tenth of the 533 companies that have applied to the Future Fund. On the first day alone, the bank received applications worth about £515m for government funds. The bank did not give a total value for all the applications.

Treasury officials said that the government would consider increasing funding to the scheme as needed. The Future Fund has the strong support of the chancellor, who is said to be keen to see the government both support and take stakes in some of the most promising businesses in the UK.

Keith Morgan, chief executive of the British Business Bank, said businesses had been able “to gain access to finance through the scheme quickly and efficiently”, adding: “The scheme has been extremely popular and saw applications worth £515m on day one. We are extremely pleased to see the first businesses receive their agreements.”

Dom Hallas, executive director of Coadec, which represents start-ups in the UK, said that the initial allocation of £250m had not met the scale of demand for funds across the market. “We are hoping that the government will put in extra money to cover the need for funds. Early stage businesses are still struggling to get funding.”

The Future Fund is open to companies with half or more of their employees based in the UK or that generate at least half of their revenue through UK sales, that can show good potential for growth, and that are affected by Covid-19. The Future Fund opened for applications on May 20.

Many of the UK’s start-ups are lossmaking owing to investments being made to grow their businesses quickly, such as in research and development, which means that they have been ineligible for the government’s other bailout schemes.

On Tuesday, the Treasury said that it had now supported almost £35bn of loans made by UK banks to more than 830,000 struggling businesses across the three major government-backed lending programmes.

In the five weeks since the launch of the Bounce Bank loans scheme, more than 780,000 businesses have received £23.8bn — including £2.5bn in the last seven days.

Tue Jun 9 , 2020
Consider three facts. The British government has introduced a quarantine on international travellers, just when other European countries are moving in the opposite direction. The government insists it will not request an extension of the UK’s Brexit transition period, despite appeals from Scotland, Wales, Northern Ireland, the mayor of London […] 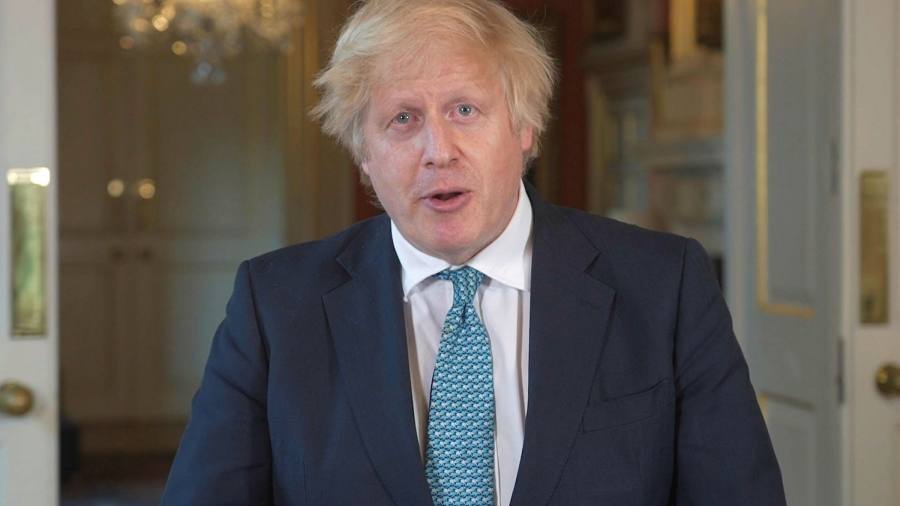