Ministers will have to raise taxes sharply in the coming months to deal with an estimated £337bn deficit in the current financial year in the wake of the coronavirus pandemic, according to a leaked Treasury document. The paper, revealed in the Daily Telegraph, sets out a proposed “policy package” of […]

Ministers will have to raise taxes sharply in the coming months to deal with an estimated £337bn deficit in the current financial year in the wake of the coronavirus pandemic, according to a leaked Treasury document.

The paper, revealed in the Daily Telegraph, sets out a proposed “policy package” of tax rises and spending cuts which could have to be announced soon in order to “enhance credibility and boost investor confidence”.

The document warns that the country could face a “sovereign debt crisis” unless the economy recovers quickly.

The Treasury’s central deficit prediction is in line with one last month from the Office for Budget Responsibility, the official fiscal watchdog, which suggested a deficit of £273bn for the current year.

The OBR also predicted a 35 per cent fall in GDP in the second quarter of this year because of the plunge in economic activity due to the Covid-19 lockdown.

A figure of £337bn would be equivalent to about 17 per cent of GDP.

Officials sought to play down the importance of the document on Tuesday night, suggesting it was “speculation” to suggest that the policy suggestions would be enacted. One said there were many similar Treasury documents by officials setting out ideas about future policy.

But what is most politically revealing is the shopping list of potential tax rises including an increase in income tax, the end of the triple lock on state pension increases and a two-year public-sector pay freeze.

The document from May 5, marked “Official — market sensitive” suggested that a £337bn budget deficit was now the “base case scenario” for this financial year — against a forecast £55bn in the March Budget. That figure would be more than double the annual deficit of £150bn soon after the financial crash a decade ago, which led to a decade of “austerity” spending cuts. The paper suggests that tax rises or spending cuts equivalent to £25bn-£30bn would be needed under that scenario.

It recognises that chancellor Rishi Sunak has indicated an acceptance of a higher level of debt, but adds: “As debt is likely to reach significantly higher levels after the crisis, it will be important to stabilise the debt-to-GDP ratio and prevent debt from continuing to grow on an unsustainable trajectory.”

That means that tax rises would be inevitable, breaking the Tory manifesto pledge not to increase taxes or scrap the triple lock on state pensions.

The chancellor is also told that he could find further cash through spending reductions, such as a two-year freeze on public sector pay — saving £6.5bn by 2023-24.

Even then the document suggests that the final deficit could be even higher, as much as £516bn — rising to £1.19tn over five years — if there is an “L-shaped economic decline”. The best-case V-shaped scenario would still lead to a £209bn deficit, according to the paper.

The leak came just hours after chancellor Rishi Sunak announced an extension to the “furlough” wage support scheme to the end of October, piling further costs on to the exchequer.

“Government debt means very little to people worried about their jobs and where they get next month’s pay cheque from,” said one government figure. “Our focus is the here and now.”

Tue May 12 , 2020
LONDON (Reuters) – Britain plans to begin negotiating a free trade agreement with Japan via video conference shortly, the government said, setting out its negotiating objectives for a deal it hopes will save British exporters millions of pounds a year in tariffs. FILE PHOTO: Britain’s Secretary of State of International […] 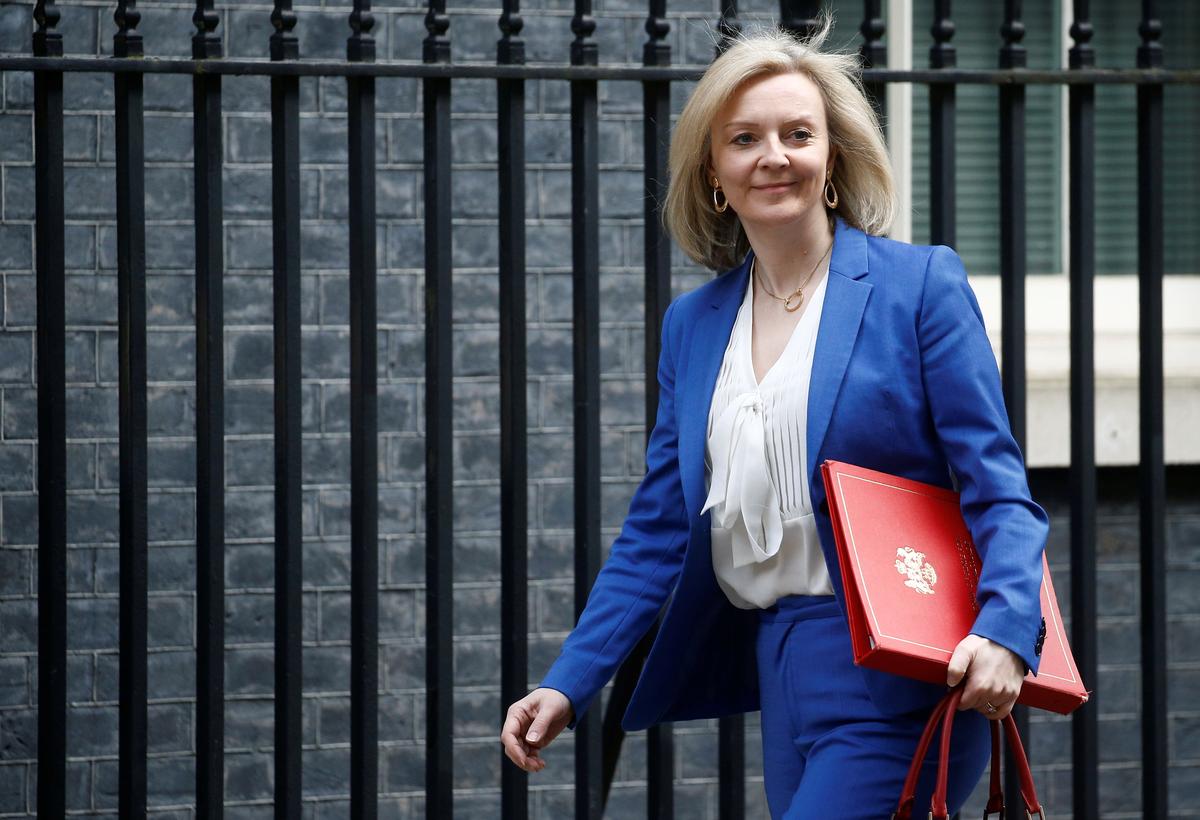