CHICAGO (Reuters) – Bryan Hutchens in Oklahoma estimates he’s only used his two flat-bed trucks to shift oilfield equipment for a week out of the past month as the coronavirus crisis shutters businesses.

Truckers line their trucks along Constitution Ave for a protest that has lasted over a week, as the outbreak of the coronavirus disease (COVID-19) continues in Washington, U.S., May 8, 2020. REUTERS/Leah Millis

In New York, trucking firm ERL Intermodal says its cargo volumes have halved as lockdowns sideline its business of moving everything from olive oil to garden hoses to truck parts.

The pandemic has turned the global trucking industry on its head. As swathes of the world economy shut down and curbs on movement and gatherings disrupt supply chains, freight companies are hemorrhaging cash and sidelining thousands of truckers.

“Once the economy gets going again, my fear is that there will be so many truckers out of the business by then,” said Steve Sperbeck, general manager for ERL, which has a fleet of 52 trucks based in Utica, New York.

According to the International Road Transport Union (IRU) in Geneva, which represents operators in 80 countries, new freight contracts have declined by 60% to 90% since COVID-19 struck while empty runs have climbed by up to 40%.

For truckers shipping products such as carparts, clothes, flowers and construction materials, operations have ground to an almost complete halt, the IRU said.

Lockdown restrictions in India, the world’s second most populous country, have sidelined 80% of the 10 million trucks behind a $130 billion industry that hauls 60% of the country’s freight.

In Brazil, which relies on trucks to shift key exports such as soybeans, coffee and sugar to ports, shipments have also slumped. Carlos Litti, director for road transportation at the National Confederation of Transport Workers, said firms were now delaying critical maintenance work such as tire retreading, as government support for the sector had been insufficient.

“At the moment, there is no way to pressure the government,” Litti said. “The economy just has to turn around.”

In March, U.S. freight rates surged on fears the virus and the closure of highway truck stops would discourage drivers from making long trips. But with many factories shut and port traffic down, rates have plummeted as truckers battle over jobs to try to stay afloat through the crisis.

If the pain is prolonged, smaller U.S. carriers which cannot spread their costs across a large fleet could shut their doors, pushing skilled drivers out of the business and accelerating a longer-term shortage of truckers, industry groups say.

Some 97% of trucking companies in the United States operate fewer than 20 trucks, and 91% have six or fewer, according to the American Trucking Associations. Those workers rely more often on one-off jobs than long-term contracts.

Some routes are paying just 75 cents to 80 cents a mile, less than half of what’s needed to pay for fuel, insurance and other operating costs, according to five truckers. Pay is mostly determined by distances driven and they have also dropped.

When energy firms hit by the slump in oil prices stopped giving work to Hutchens in Oklahoma, he parked his rigs instead of rushing, like many other truckers, to haul essential goods such as food and medical equipment at loss-making rates.

Bids in the spot market have crashed to the lowest in years as shuttered factories, schools and malls have left scores of truckers that usually have longer-term contracts searching for new cargo to haul.

“In some lanes, rates are lower now than they were 15 years ago, but all of our costs, from fuel to insurance, have gone up,” Hutchens said.

He has laid off one employee and may have to begin selling his equipment if business does not return to more normal levels in the next two to three months. Relaxed restrictions on driver hours and more transparency on shippers’ margins could help smaller operators compete, Hutchens said.

“We’re a small company. There’s not a whole lot we can cut,” he said. “When we do come back online, we don’t know what the volume is going to be, so we don’t know how quickly things are going to return to normal.”

For an interactive graphic on average U.S. truck freight rates click on: tmsnrt.rs/2Z3sgYG

ERL Intermodal says it earns more from pre-contracted shipments than spot market loads but revenues for the central New York trucker have also dropped. Six ERL drivers have been furloughed and paychecks for those left have dropped 30% as their hours behind the wheel decline.

To make ends meet, ERL leased nine of its refrigerated trailers to the Department of Homeland Security for use as makeshift morgues for COVID-19 victims. The company also tapped an emergency government loan program to help to pay salaries.

“Financially, it probably wasn’t the best decision, but good drivers are hard to come by,” said ERL’s Sperbeck.

At the Mexico-U.S. border, some truckers are carrying just one full load south for every seven full northbound trips, well below the usual three-to-one ratio, according to data from freight forwarder Nuvocargo.

“We are very concerned that if business does not come back to usual … it’s going to result in things like bankruptcies and losing jobs,” Nuvocargo chief executive Deepak Chhugani said.

Dozens of U.S. truckers parked near the White House in Washington for over a week this month to protest over the low freight rates and industry regulations they say are disproportionately hurting small, independent truckers.

Standing by make-shift shelters, truck driver Mike Landis from Pennsylvania said his workload had dropped by up to 50% since the pandemic struck, and most of the jobs available were being offered at rates below operating costs.

“After being told we’re essential and told by the government to stay out here and basically risk our health to continue moving the things that the country needs, we’re being gouged,” Landis said.

“We’re here as middle-class people, the people that put the president in office, and we’re here asking him for help.”

Thu May 14 , 2020
PARIS (Reuters) – Giving some countries such as the United States priority access to any coronavirus vaccine developed by Sanofi would be unacceptable, France’s junior economy minister said on Thursday, after the firm suggested Americans could get it first. FILE PHOTO: The logo of Sanofi is seen at the company’s […] 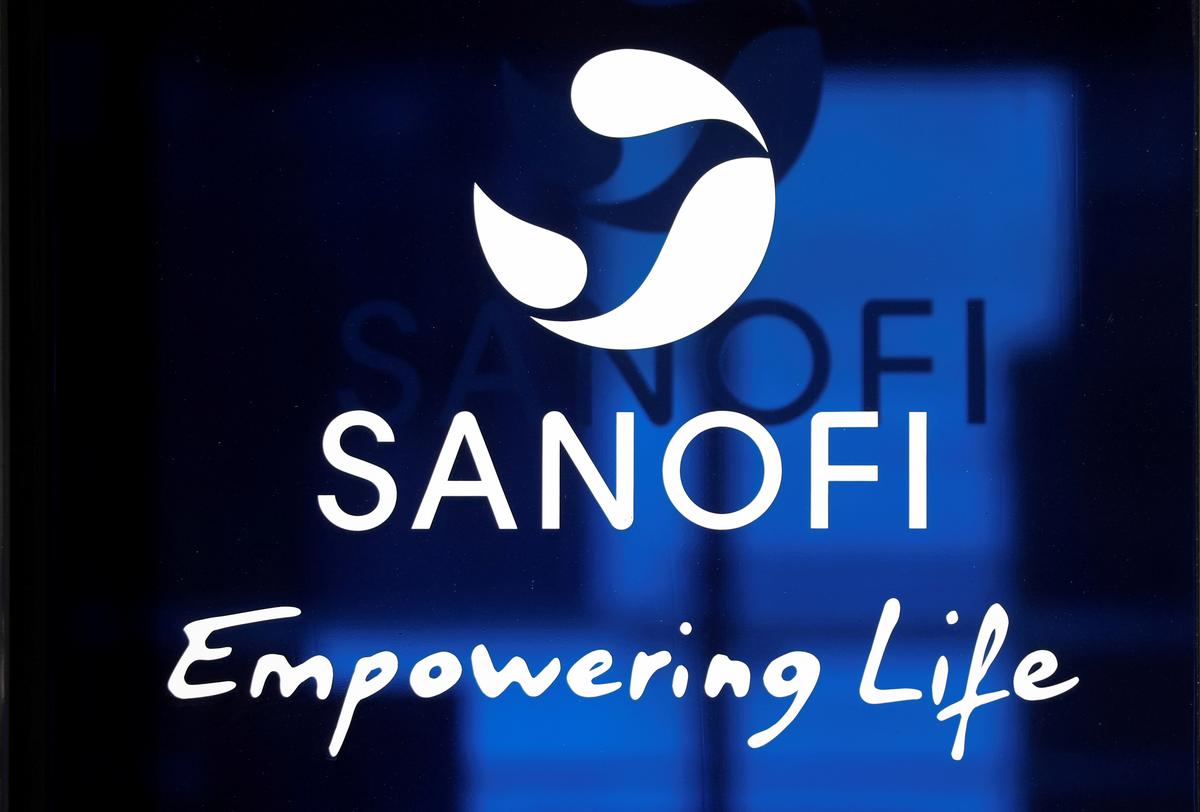