WASHINGTON (Reuters) – The Trump administration is pressing an independent board charged with overseeing billions in federal retirement dollars to freeze plans to invest in Chinese companies that Washington suspects of abusing human rights or threatening U.S. security.

At issue is whether administrators of the Thrift Savings Plan (TSP), a retirement savings fund for federal employees and members of the military, should allow its $40 billion international fund (I-Fund) to track an index that includes some China-based stocks of companies under scrutiny in Washington.

The TSP’s administrators, known as the Federal Retirement Thrift Investment Board, decided in 2017 to make the investment shift in the second half of 2020 to boost returns. They have begun opening custodial accounts abroad to channel the funds.

But China hard-liners in Washington have pushed back. They argue that U.S. federal employee pension dollars should not fund companies like aircraft and avionics company Aviation Industry Corp of China, which supplies China’s military, as well as surveillance firm Hangzhou Hikvision Digital Technology Co Ltd, which was sanctioned by Washington for human right abuses.

They also point to heightened risk for investors, since Chinese companies do not have to comply with strict U.S. financial disclosure rules.

Labor Secretary Eugene Scalia, whose department oversees FRTIB, on Monday sent a letter to the board’s chairman Michael Kennedy, telling him to “halt all steps” associated with the investment change, according to a copy of the letter seen by Reuters.

The investment shift “would place millions of federal employees, retirees, and service-members in the untenable position of choosing between forgoing any investment in international equities or placing billions of dollars in retirement savings in risky companies that pose a threat to U.S. national security,” Scalia wrote.

FRTIB spokeswoman Kim Weaver declined to comment on the letter. However, U.S. law gives the board the authority to “develop investment policies” and discharge its duties solely in the interest of the plan’s participants, casting Scalia’s remarks as recommendations.

“TSP participants want investment options that pass the fiduciary responsibility test— not any political test,” said Jacqueline Simon, policy director of American Federation of Government Employees, a federal employee union. “If you don’t want the I Fund, you don’t have to put any of your money in it.”

The Scalia letter was sent after National Security Adviser Robert O’Brien and National Economic Adviser Larry Kudlow wrote to Scalia expressing opposition to the investment move, according to a copy of that letter seen by Reuters.

It cited “significant and unnecessary economic risk” of investing in Chinese companies,” noting “the possibility of future sanctions will result from the culpable actions of the Chinese government” with respect to the spread of the deadly coronavirus.

Trump has accused Beijing of failing to alert the world to the severity and scope of the virus, which has killed over 80,0000 Americans and originated in the city of Wuhan, China late last year. China has denied the allegations.

The letters, first revealed by Fox Business Network and Bloomberg News, come amid mounting pressure on the White House to stop the investments. Reuters reported last month that lawmakers and former officials were making a last-ditch push to halt the plan, after legislation to prevent the change languished in Congress.

Earlier this month, the White House named three nominees to sit on the FRTIB, which could pave the way for a reversal of the investment decision. But it is unclear when their confirmation processes will move forward.

On budget eve, EU defence money at risk from coronavirus

Tue May 12 , 2020
BRUSSELS (Reuters) – European Union plans for a multi-billion euro defence fund have been thrown into doubt by the economic shock of the coronavirus, officials and diplomats say, potentially threatening three years of unprecedented military cooperation. FILE PHOTO: Soldiers of German Army Bundeswehr load a U.S. M109 tank onto a […] 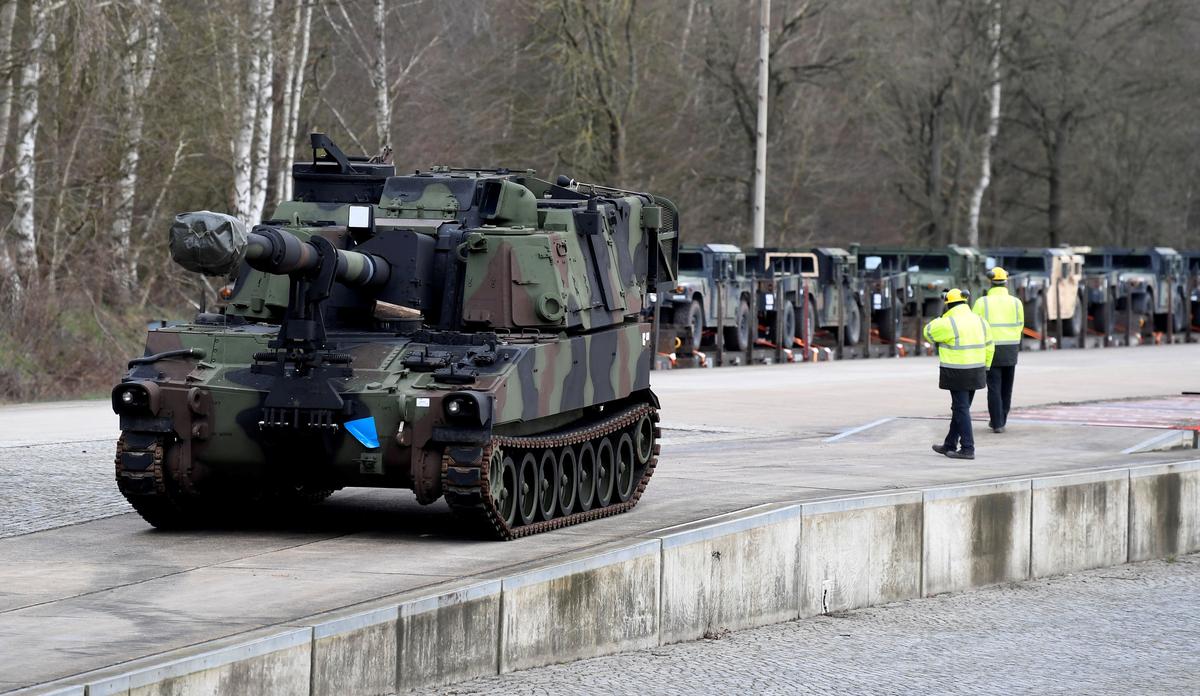