SINGAPORE/BEIJING (Reuters) – Tsingshan Holding Group, the world’s biggest stainless steel producer, has sold the entire output of its Chinese plants through June, said two sources familiar with its sales, a sign of potentially strong domestic demand for the metal

The full order book indicates some recovery in Chinese consumption as the world’s second-biggest economy reboots after extensive lockdowns to halt the spread of the new coronavirus earlier this year. Stimulus measures unveiled by Beijing to revive the economy are expect to boost steel use as the country gets back to work.

Still, about half of Tsingshan’s current orders have come from traders rather than end-users, said one of the sources, versus the typical 85% of orders from end-users, indicating that some of the demand is insecure and raising some doubts about its longevity.

“May and June are full,” said the source, adding that the company had also already sold about two-thirds of its July output in China. “Recently the sentiment is really good and people try to buy.”

Tsingshan did not respond to an emailed request for comment.

Optimism that new infrastructure projects such as train stations, airport expansions and 5G cell towers will be built under new stimulus plans is also bolstering demand.

Cumulative buying across those user bases has pushed Shanghai stainless steel futures SHSScv1 up 12% so far this quarter, with the most-traded contract rising to 13,730 yuan ($1,930.62) a tonne last week, the most since Jan. 23.

“China’s stainless steel market is much better than expected,” said Wang Lixin, a manager at consultancy ZLJSTEEL. “After March, Chinese businesses rushed to make up for the previous orders,” she said, referring to a backlog of orders that accumulated when the economy was closed down.

Expectations for additional stimulus announcements at China’s annual parliament session starting on Friday have prompted traders and end-users to stock up while prices are still relatively low.

Stockpiles held by traders and so-called mill agents have dropped by 25% to 880,000 tonnes since mid-March, Wang added, suggesting strong buying from industry middlemen.

Mills are also picking up materials to sustain or boost production.

Prices of high-grade NPI NPI-INRMON-ANT, a key input for China’s stainless steel, climbed on May 14 to 980 yuan ($138) a tonne, the highest since Feb. 20, data from research house Antaike showed.

Port stocks of nickel ore, used to make NPI, dropped to their lowest since March 2018 at 8.18 million tonnes last week, according to Antaike.

Still, industry sources questioned how durable China’s recovery can be while overseas markets’ demand for stainless steel and finished goods incorporating the metal made in China remains weak.

“The big question still is when is the rest of the world demand coming back, because how long can China go it alone,” said one of the sources, a commodities banker based in Singapore.

Wed May 20 , 2020
LONDON (Reuters) – British retailer Marks & Spencer (MKS.L) said it would accelerate its latest turnaround programme as it dealt with the fallout from the coronavirus crisis and a 21% fall in annual profit. FILE PHOTO: A woman walks past people who follow social distancing rules as they queue outside […] 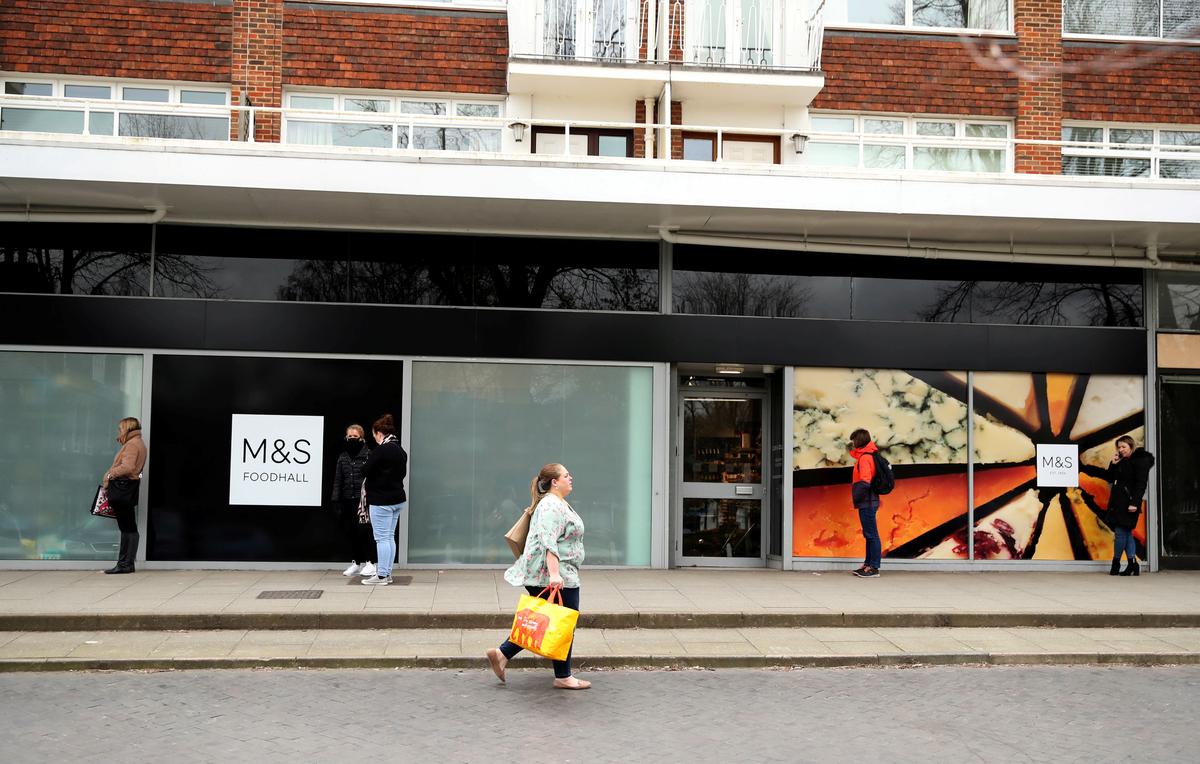