LONDON (Reuters) – TUI Group (TUIT.L), Europe’s biggest travel company, said it had struck a deal with aircraft maker Boeing (BA.N) for compensation and slower delivery of the 737 MAX plane, helping its finances during the coronavirus pandemic.

The Germany-based company (TUIGn.DE) said in a statement on Wednesday that Boeing would provide it with compensation for a significant portion of the financial impact of the grounding of the plane, which had hit its earnings over the last year.

Boeing will also provide it with credits for future orders and agreed that TUI will get fewer 737 MAX aircraft over the next few years with deliveries delayed by about two years, reducing TUI’s expenditure at a time when cash is tight.

Details of the agreement were confidential, said TUI.

TUI said in May it needed to cut 8,000 jobs and shed 30% of its costs after coronavirus halted holidays, bringing its business to a standstill.

The company said the agreement with Boeing would help it shrink its airline businesses over the coming years, something it wants to do amid forecasts that the travel market will take several years to recover from the pandemic.

Wed Jun 3 , 2020
LONDON/BUENOS AIRES (Reuters) – Argentina, in default since last month, is tantalizingly close to pulling off a $65 billion debt restructuring deal with creditors but still faces a complex set of hurdles to avoid falling into what one bondholder called debtor “zombie land.” FILE PHOTO: A woman wearing a face […] 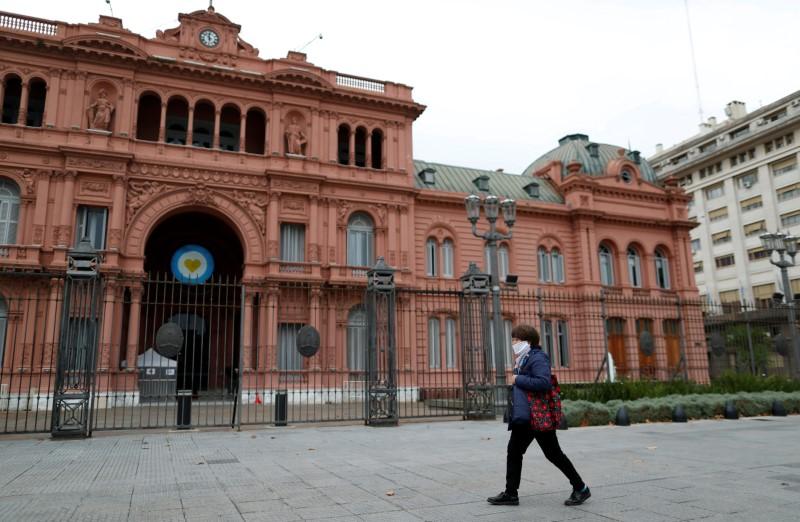