LONDON (Reuters) – Twitter (TWTR.N) said on Wednesday it would tackle the spread of damaging conspiracy theories linking mobile phone technology with the coronavirus with a prompt to direct people searching for 5G to British government-verified information. FILE PHOTO: A man wearing a protective mask and gloves walks his dog […]

LONDON (Reuters) – Twitter (TWTR.N) said on Wednesday it would tackle the spread of damaging conspiracy theories linking mobile phone technology with the coronavirus with a prompt to direct people searching for 5G to British government-verified information.

FILE PHOTO: A man wearing a protective mask and gloves walks his dog past graffiti that reads “Corona was planted to build the 5G smart grid!” in Kensington, as the spread of the coronavirus disease (COVID-19) continues, London, Britain, April 16, 2020. REUTERS/Hannah McKay

The theory, which has spread on social media, has resulted in attacks on mobile telecoms masts and abuse directed at engineers in Britain. Scientists, phone companies and the government have said it is completely untrue.

Twitter said the search prompt would inform users that the government had seen no link between 5G and COVID-19, and include a link to a government website with credible, factual and verified information in relation to 5G.

Katy Minshall, Twitter UK’s head of government, public policy and philanthropy, said the move was the latest step in its focus on connecting people with authoritative information regarding Covid-19.

“Our partnerships throughout this pandemic have allowed us to take proactive steps in bringing people the information most relevant and useful for them,” she said.

Representatives from all three were questioned by lawmakers last Thursday about the steps they had taken.

The chairman of parliament’s digital and media committee Julian Knight said the position they had adopted was “deeply unhelpful and failed in clarifying what they are doing to tackle the threat posed by record levels of misinformation and disinformation online about Covid-19, some of it deadly.”

Facebook recently removed the official page of British conspiracy theorist David Icke, who has promoted the 5G theory, for violating its policies on harmful misinformation.

U.S. private payrolls tumble by a record 20.2 million in April

Wed May 6 , 2020
WASHINGTON (Reuters) – U.S. private employers laid off a record 20.236 million workers in April as mandatory business closures in response to the novel coronavirus outbreak savaged the economy, setting up the overall labor market for historic job losses last month. FILE PHOTO: People who lost their jobs wait in […] 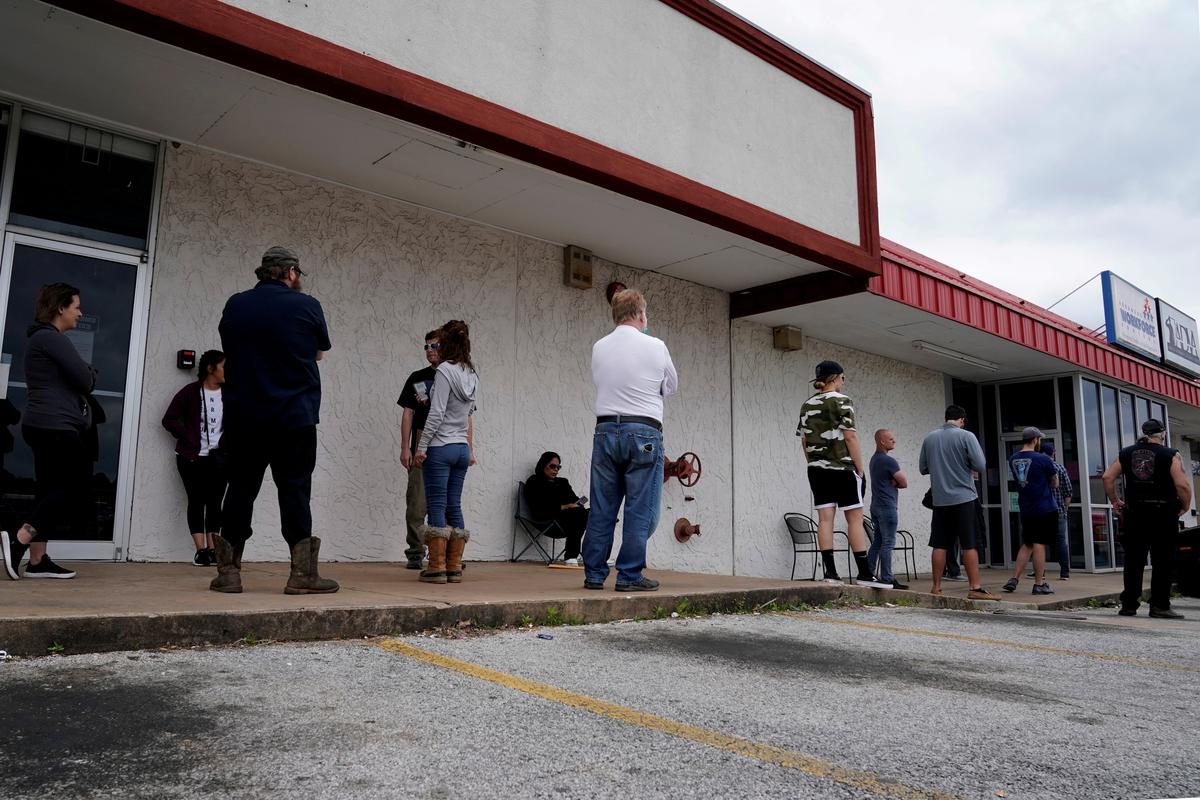