A private equity investor has partnered with a “a strategic airline investor” to make an offer for the cash-strapped airline, and the second potential buyer could be an investment bank allied with an Australian infrastructure investor, the paper said.

On Thursday, Virgin Australia suspended trading in its shares to continue talks on financial aid and restructuring alternatives to help it weather the coronavirus downturn.

“We are really in crisis mode,” its chief operations officer, Stuart Aggs, said at a union-organised forum on Friday. “We are an airline and a business under significant scrutiny almost on an hourly basis.”

He said he could not comment on the progress of rescue talks, citing confidentiality.

The airline has been unsuccessful in its request to the Australian government for A$1.4 billion (711.8 million pounds) in loans that it could convert to equity in certain circumstances.

Virgin is also in talks with creditors about debt restructuring options such as a debt-for-equity swap and has hired UBS, Morgan Stanley, Houlihan Lokey and Deloitte as advisers, a person with knowledge of the matter told Reuters on Thursday.

Entering voluntary administration is a last resort but the airline believes it needs a decision on government aid by next week, said the person, who was not authorised to speak publicly.

Moody’s downgraded Virgin’s credit rating on Friday, to Caa1 from B3, citing an assumption that any outcome was likely to result a haircut for bondholders. Its Australian-listed bonds last changed hands at about 37% of face value.

On Thursday, Australia said it would spend up to A$165 million ($104.9 million) to help Qantas (QAN.AX) and Virgin Australia keep planes flying between the states’ capital cities and a handful of regional centres over the next eight weeks.

Etihad Airways, Singapore Airlines (SIAL.SI), Nanshan Group and HNA Group, which together own 80% of the airlines, have refused to tip in fresh funds for the airline, the report said.

“We want to have two airlines in Australia that are commercially viable,” Prime Minister Scott Morrison told Radio 3AW on Friday.

“I understand and know that there are all sorts of commercial discussions going on right now. And the worst thing I could do as a prime minister or as a government is get in the way of that.”

BGH Capital is among the most speculated private equity firms to bid for the airline, the report said. BGH had declined to comment to the newspaper.

Fri Apr 17 , 2020
China’s economy shrank for the first time in decades in the first quarter, as the coronavirus outbreak brought production and spending to a standstill. Official data shows the world’s second largest economy suffered a sharp downturn of 6.8% between January and March, when factories, shops and travel were shut down […] 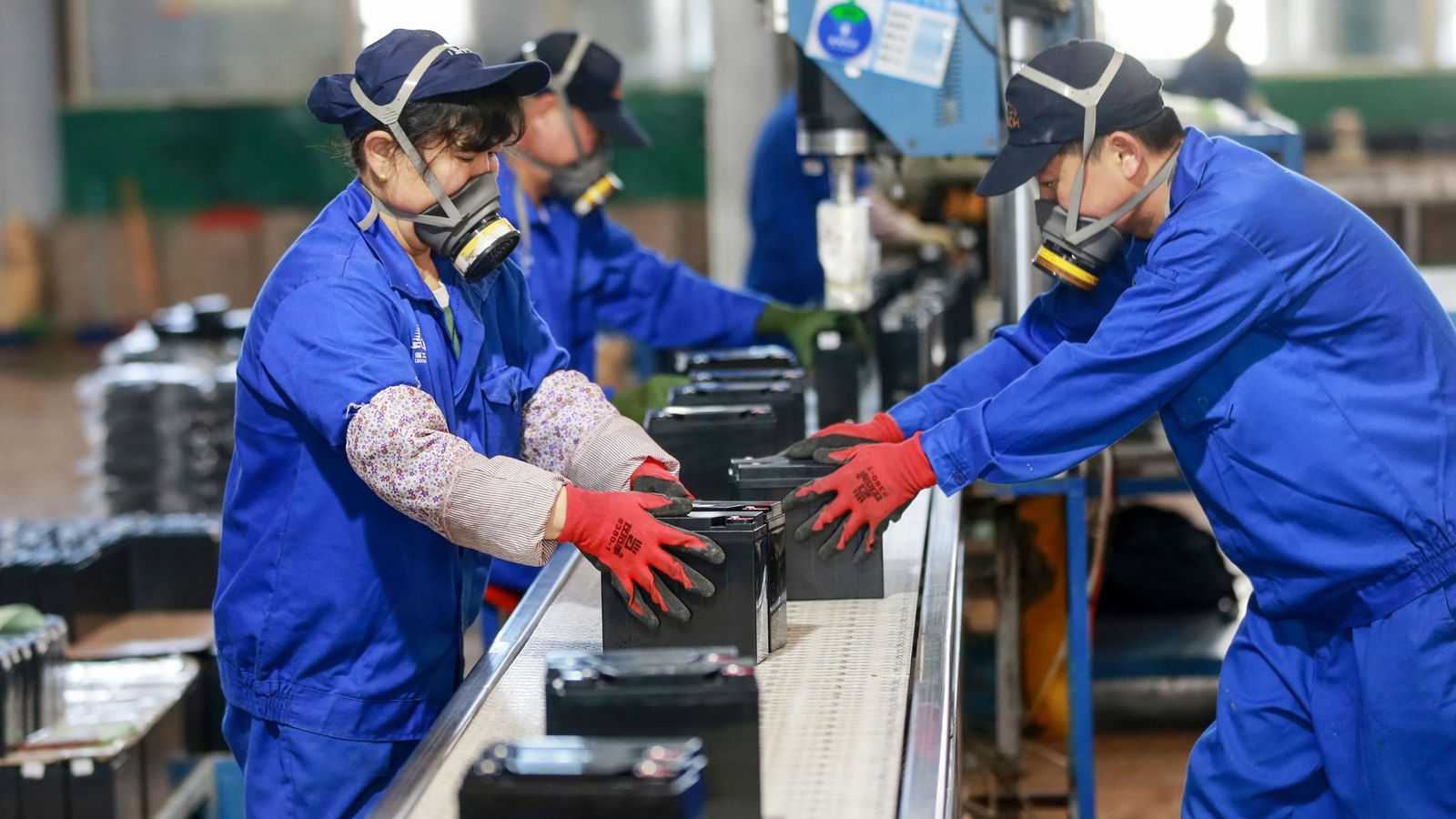