Airlines carried slightly more total, domestic and international passengers in March 2020 than in September 2001, the month of the Sept. 11 attacks on New York and Washington. In total, airlines carried 38.7 million passengers in March, down 51% from March 2019. Prior to March, air travel had risen for 29 consecutive months year-over-year dating back to October 2017.

Since then, U.S. air travel has fallen further, down about 94%, while total flights are down by about 70%.

In April, the U.S. Treasury approved $25 billion (20.4 billion pounds) in cash grants to airlines in exchange for a ban on paying dividends, stock buybacks, limits on executive compensation and a bar on laying off employees through Sept. 30.

Even after grounding more than 3,000 aircraft, or nearly 50% of the active U.S. fleet, the group said its member carriers, which include the four largest U.S. airlines, are averaging just 17 passengers per domestic flight and 29 passengers per international flight.

U.S. airlines have canceled hundreds of thousands of flights, including 80% or more of scheduled flights into June. They are conducting additional cleaning measures and requiring all passengers to wear facial coverings to try to restore consumer confidence in air travel.

Gilead ties up with generic drugmakers for COVID-19 drug supply

Tue May 12 , 2020
FILE PHOTO: An ampule of Ebola drug Remdesivir is pictured during a news conference at the University Hospital Eppendorf (UKE) in Hamburg, Germany, April 8, 2020, as the spread of coronavirus disease (COVID-19) continues. Ulrich Perrey/Pool via REUTERS/ (Reuters) – Gilead Sciences Inc said on Tuesday it has signed non-exclusive […] 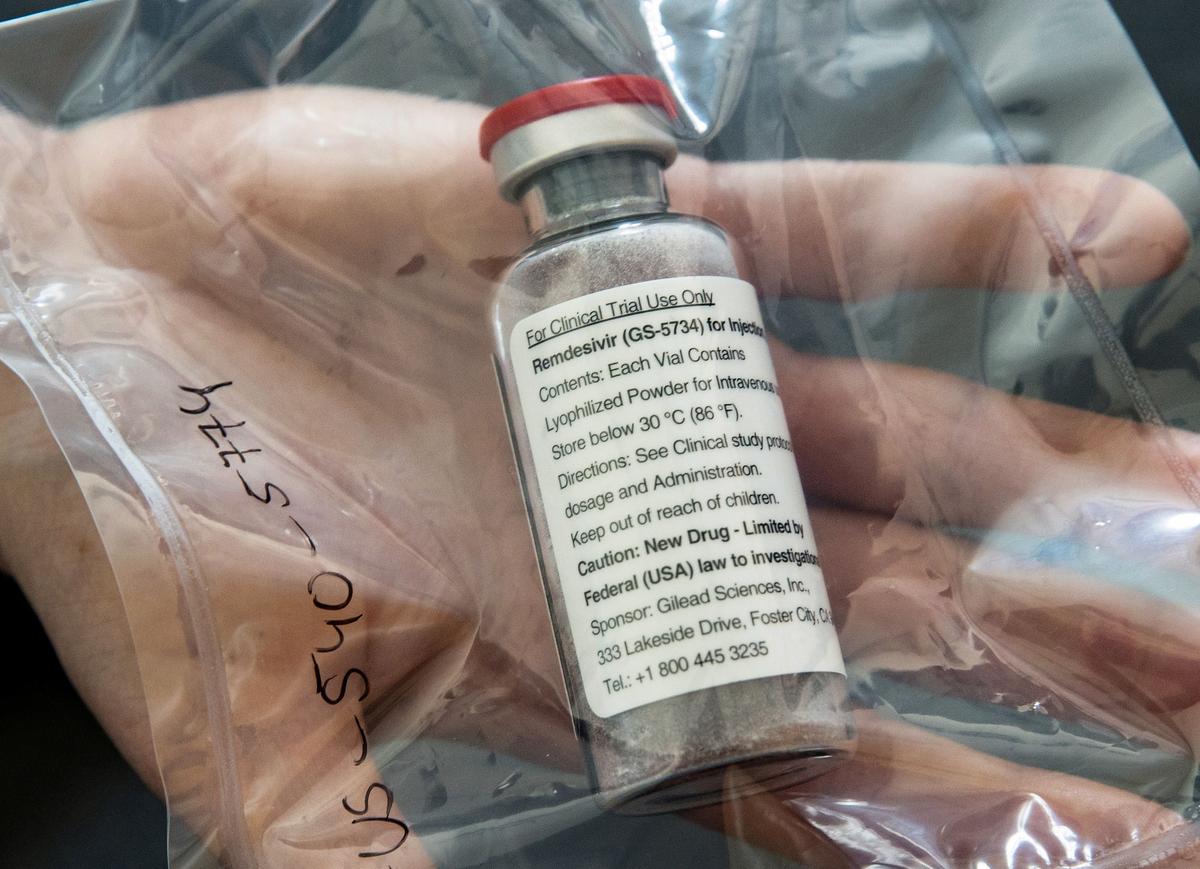